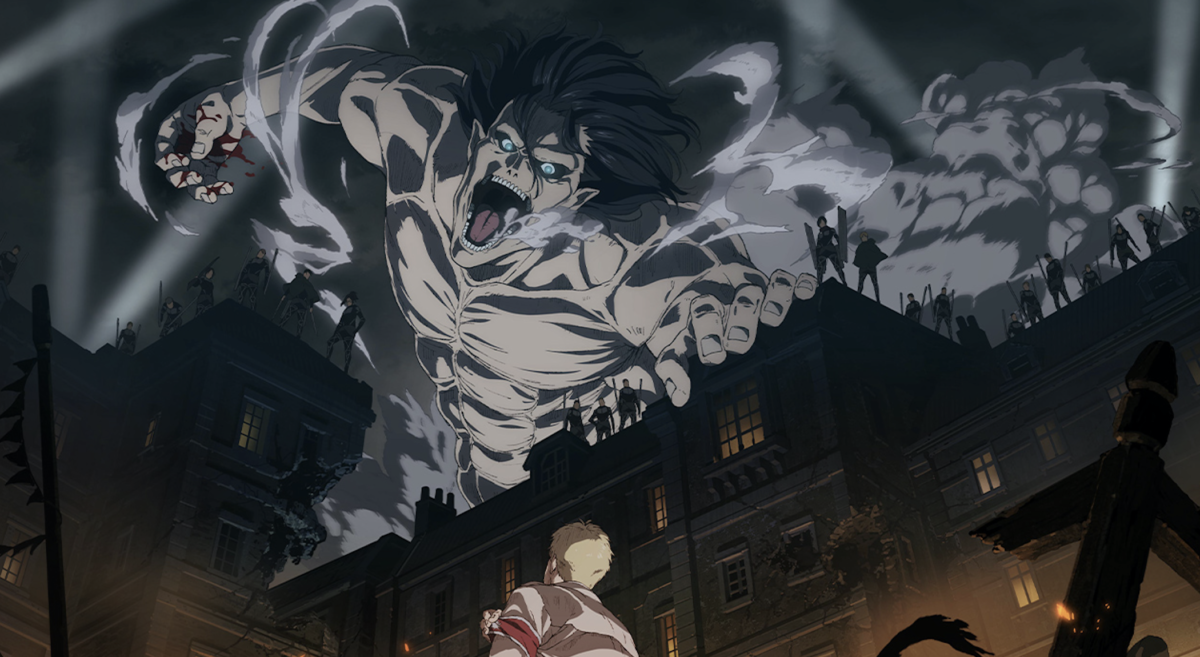 “Attack on Titan”, or as it’s known in Japanese Shingeki no Kyojin, is not just any anime series. It’s no exaggeration to say it’s a key piece of 2010s Japanese subculture. It started airing in 2010, and now after three seasons, The Final Season has been out since December 6, 2020. But just recently in its latest episode aired on March 29 the fans found out the season will be continuing its second part in the winter of 2021. The story continues to fascinate people around the world.

Although the animation contains many violent scenes, such as titans eating humans, the manga version is immensely popular, having sold more than one hundred million copies worldwide.

JAPAN Forward wanted to know more about this series that has attracted an immense global audience. We caught up with Yuichi Hayashi of studio MAPPA, the director of Attack on Titan: The Final Season, for an interview on February 24. He says Attack on Titan is not just a survival horror story, but a story that reflects the darkness of our society, such as racial discrimination and violation of human rights.

RELATED: INTERVIEW | Attack on Titan Director Reveals Secrets Behind His Style in the Final Season

Attack on Titan was originally a manga by Hajime Isayama seriarized in a monthly magazine, Bessatsu Shonen Magazine, beginning in 2009.

The plotline centers around a population who lives in a city with great walls to protect themselves from titans, giant man-eating humanoids. However, after living peacefully for 100 years, the titans breached the walls and invaded the city, where Eren Yaeger, a young boy and the hero in the story lives. Eren loses his mother at the hand of one of the giants. As Eren swears vengeance against titans, the plot thickens and a story which first appears to be one of human survival becomes one of the history of human society.

How do you explain Attack on Titan to the general public?

Every decade there is something which represents that particular era in Japanese subculture. Attack on Titan represents the 2010s, when it became a social phenomenon.

Attack on Titan is so violent and radical that not everyone can watch it. However, if you like it, you will like it more and more. It is a work that has such charm.

To tell you the truth, I want to communicate with him more often, but it is difficult to meet him because of COVID-19 and because he is busy serializing the manga.

I usually talk with him in scenario meetings. For example, he gives me some directions about things that he couldn’t depict in the manga.

I read the manga with a lot of passion. However, sometimes I cannot grasp what characters think and what Isayama intended in certain scenes. In this case, he gives me memos that show his thoughts and what the character’s face reflects.

In scenario meetings we also change the order of the story to make it easy for viewers to understand.

How has COVID-19 affected the world of animation production companies?

Fortunately, so far no one who is involved in Attack on Titan has been infected with COVID-19.

What has been most affected are voice recordings by the voice actors. Not many actors can enter a recording room at the same time, so we can have only five people in the studio for any one recording session. Because we have to record the voice of each character individually, I don’t hear the real dialog where they interact, which I find a little sad.

As a competing anime producer, what do you think about Demon Slayer and its social phenomenon?

It’s beyond my understanding, but is also interesting for me.

I think the combination of many elements made it a social phenomenon. I think one element is that people can spend more time focusing on one work than before due to COVID-19. Until COVID-19, the abundance of entertainment and content was overflowing, people couldn’t concentrate on enjoying only one.

I think [COVID] highly contributes to the phenomenon in that we have enough time to focus on contents.

What do you want the audience to learn from this anime ?

At first, Attack on Titan seems to be a story of  humans in combat with mysterious and terrible monsters, the Titans. But as the story goes on, conflicts involving the convictions and beliefs among people become the main theme. The story deals with problems that every country and every person might be involved in, such as human rights, racial discrimination and responsibility for war.

In reality, there are no titans. There are no Eldians. Attack on Titan uses them to stand for real issues.

Do you have a message for foreign readers?

The original manga is going to end in April 2021. The animation will depict the story until the end. You can count on us to provide many shocking developments in the anime.

For some readers, this article might be your first time to encounter Attack on Titan. I’m confident that there is something that can touch your heart, so I would encourage you to watch it, even one episode.