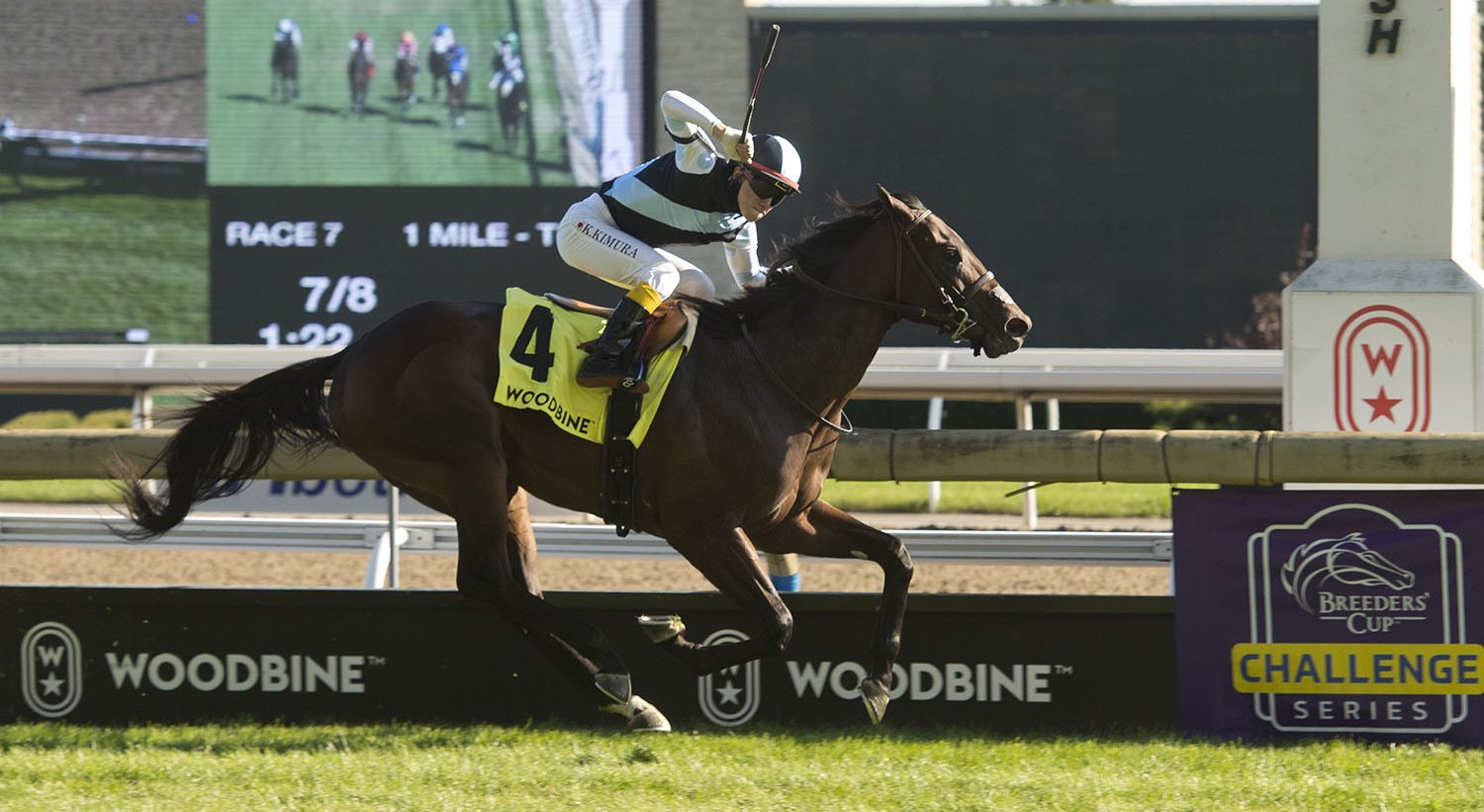 Horse racing is a fascinating sport for several reasons, including the competitive synergy of the riders and gallopers, and how they achieve success together.

Great jockeys win aboard mediocre race horses. And great horses can transform the fortunes of jockeys, their seasons or even their careers.

On the other hand, mediocre jockeys can derail the career path of top thoroughbreds.

But great jockeys and great horses can achieve legendary status together.

It’s too early to say if Kazushi Kimura will have a great career as a jockey. Or if Gretzky the Great will live up to his name (in tribute to all-time leading NHL scorer Wayne Gretzky, aka The Great One, who retired in 1999).

But the Kimura-Gretzky the Great tandem is off to a stellar start. In their four races together, they’ve won three straight through Sunday, September 20, at Woodbine Racetrack in Toronto.

If there was any doubt that Kimura, the 2019 Eclipse Award winner (North America`s top apprentice jockey), had developed a strong on-track rapport with the Anderson Farms-bred horse, you only need take a look at what happened in the Summer Stakes on September 20.

In the 1-mile (1,609-meter) turf race, Gretzky the Great, after 28 days’ absence since his last race, finished strong. Ready to Repeat had set the pace over the first half-mile, clocking 47.82 seconds.

But the two-length distance separating first and second was not an insurmountable difference for Gretzky the Great, the son of sire Nyquist (who is named after another NHL player, Columbus Blue Jackets standout Gustav Nyquist) and dam Pearl Turn.

In fact, the horse and the jockey were right where they needed to be.

With Kimura directing their path, Gretzky the Great sped ahead on the outside, taking a half-length lead before the final stretch began.

Gretzky the Great then extended his lead, closing with a magnificent burst of speed for a 3¼-length victory over Ready to Repeat. For Kimura, the Summer Stakes result produced the first Grade 1 victory of his career.

After finishing the race in 1 minute, 34.53 seconds, Kimura couldn’t conceal the fact that he’s impressed with Gretzky the Great’s ability and recent performances.

“He is such an amazing horse,” Kimura said at Woodbine Racetrack.

Now listen to Kimura’s description of what happened to wrap up the Summer Stakes:

“When I came to the final turn then came through the final stretch, he had a tremendous explosion. He sometimes was a little bit lugging in, but he’s just still a baby.” 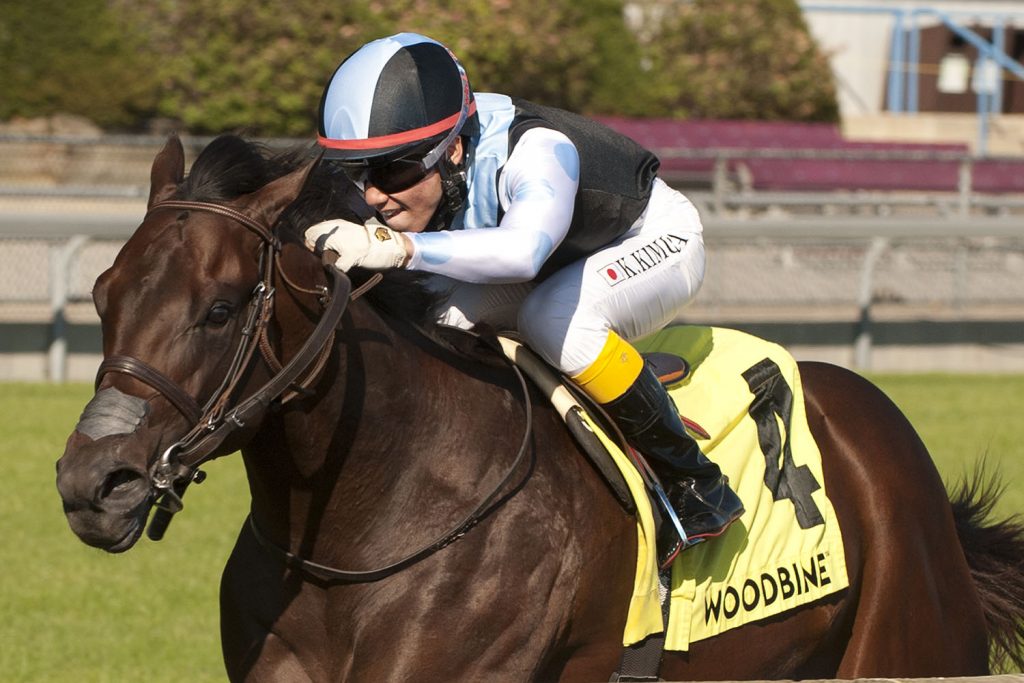 Qualifying For the Breeders’ Cup

By winning the $250,000 CAD Summer Stakes, one of the “Win and You’re In” races for the Breeders’ Cup, Kimura and Gretzky the Great qualified for the $1 million USD Breeders’ Cup Juvenile Turf on November 6.

This year’s Breeders’ Cup will feature 14 Grade 1 races on November 6 and 7 at Keeneland in Lexington, Kentucky, capped by the $6 million USD Breeders’ Cup Classic. Since its inception at Hollywood Park in Los Angeles in 1984, the annual event has become a spectacular showcase for the sport. Horse racing aficionados are not wrong to consider the Breeders’ Cup in its totality the sport’s world championships. The quality of the competition and the pageantry of the event go hand in hand.

If trainer Mark Casse, who was inducted into the National Museum of Racing and Hall of Fame in Saratoga Springs, New York, in May, and Kimura’s agent, Jordan Miller, give the green light for the jockey and Gretzky the Great, preparations for the Juvenile Turf will follow.

COVID-19 concerns could keep the horse and jockey from traveling to Kentucky. And the 11-time Canadian Trainer of the Year may ultimately decide to give both of them additional time away from competition.

But Kimura is enjoying the ride—all of them, actually—aboard Gretzky the Great.

“He’s [such an] easy horse, I mean to control,” Kimura said following last weekend’s win, according to published reports. “If I want to do something, I can do anything.”

Kimura turned 21 on September 6. So he hasn’t been in the racing business for decades. But he already recognizes that Gretzky the Great has a chance to live up to his name.

“First time out it was only five furlongs on the [Woodbine Inner] turf, then when he won the first time I was like, ‘Oh, that will be a stakes horse for the future,’ ” Kimura said two weeks after his birthday at the Ontario track. “And then winning a stakes [race] and now got a Grade 1 [victory], he’s such a nice horse.”

The Japanese jockey told JAPAN Forward in the spring that he dreams of competing in the most prestigious races in North America.

Which is why Kentucky, for the upcoming Breeders’ Cup and the annual Derby, is one of those dream destinations.

Gretzky the Great has become a part of that dream.

Two months ago, this story began.

Again, it’s too early to know how the next chapter of this story will unfold, but this jockey and this horse could be on the verge of something special.