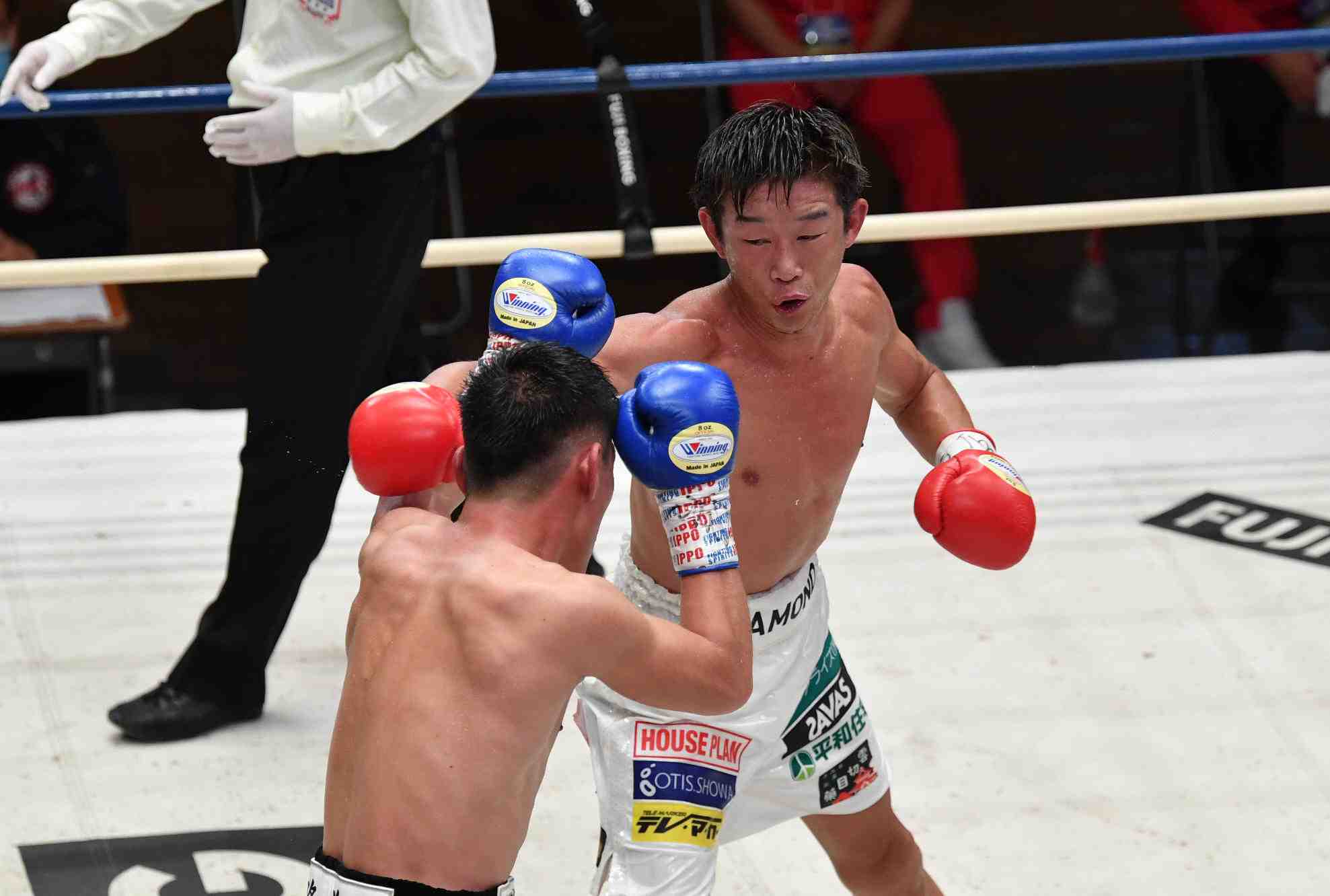 Satoshi Shimizu’s return to the ring on Thursday, July 16 wasn’t a seminal moment in national history. But it was important for two reasons.

For Shimizu, it marked the end of a long layoff.

For boxing fans in Japan, the fight was also part of the first pro boxing event in the nation’s capital since the global pandemic altered every facet of life.

The doubleheader at Tokyo’s Korakuen Hall, which was organized by Ohashi Promotions, was staged without fans in the stands. What’s more, it was the first boxing event at the venue since February 27.

It marked a small step toward normalcy during these uncertain times.

Shimizu, the Oriental and Pacific Boxing Federation featherweight champion, set the tone early on against 14th-ranked challenger Kyohei Tonomoto, using aggressive punches and exhibiting superior ring generalship. Most notably, Shimizu delivered a pair of knockdowns before the end of the opening round.

As @BoxingAddiction tweeted, “Shimizu looked vulnerable on the inside, getting caught by some winging power punches, but used a long jab to keep the fight [at] range and punished [his] opponent [with] that deadly left hand.”

Shimizu went on to overwhelm his opponent before the fight was stopped at the 2:10 mark of the seventh round of their scheduled 12-round title fight. 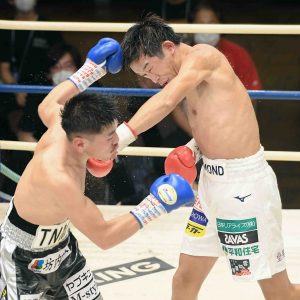 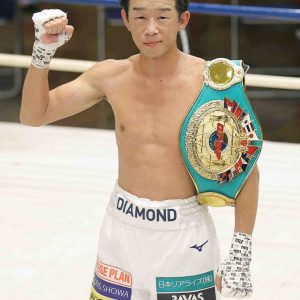 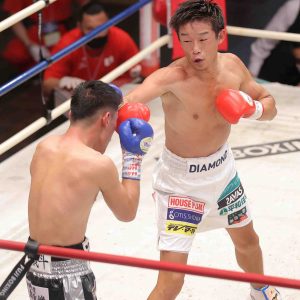 Fans’ typical post-fight emotions — shouting and clapping — weren’t on display on this night at Korakuen Hall, as the Japan Boxing Commission barred spectators due to the COVID-19 pandemic.

Instead, the quiet surroundings provided Shimizu’s first test since he traded punches with Joe Noynay of the Philippines in July 2019. Last summer, Noynay won by a sixth-round TKO at Edion Arena Osaka, to retain his World Boxing Organization Asia Pacific super featherweight title. Shimizu was beaten badly, and needed multiple surgeries to repair his damaged eyes after the fight.

It was a long road to recovery for him.

“I was able to heal my eye injury slowly during this period,” Shimizu said, according to Sports Hochi, reflecting on his long layoff. “It was a good time to [reflect]. I was always thinking about improving myself.” 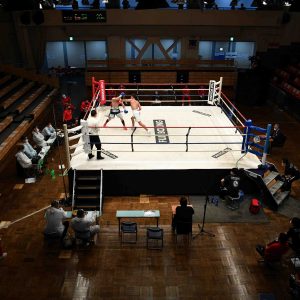 Boxing returned to Korakuen Hall on July 16 behind closed doors.

At the 2012 London Olympics, Shimizu (9-1 as a pro) became Japan’s first boxing medalist since Eiji Morioka collected the bantamweight bronze at the 1968 Mexico City Games. Days later, Ryota Murata claimed the Olympic middleweight gold medal (the nation’s first Olympic boxing title since Takao Sakurai won the bantamweight division at the 1964 Tokyo Olympics). Murata’s pro career has received quite a lot more attention in recent years, too, while fighting in the higher-profile middleweight division.

What else does Shimizu and Murata have in common?

For Shimizu, an Okayama Prefecture native, a showdown with current WBO Asia Pacific featherweight champ Musashi Mori could be his next ring appointment, the website Asian Boxing noted.

But Inoue tied it up at 57-57 on the scorecards of Takeru Okaniwa and Kazutoshi Yoshida, according to published reports.

While Inoue had fought back to put himself in mathematical position to win it on points entering the seventh round, his physical condition actually worsened in the third round, when an accidental head butt from his opponent damaged his right eye, which was severely swollen from that point on

In the seventh, referee Michiaki Someya stopped the fight at the 2:17 mark due to severe damage to Inoue’s right eye.

It was Inoue’s first fight of the year. He collected three victories last year and remained unbeaten entering the fight with Nagata.

“The wound and swelling were so bad that I lost [by] TKO,” Inoue was quoted as saying by boxingscene.com after the scheduled 10-round bout.

Approximately 350 spectators witnessed the fights at the dome, which seats about 3,500 under normal circumstances.

From Tokyo to Okinawa last week, fight fans were reminded that normal times are not here … yet.