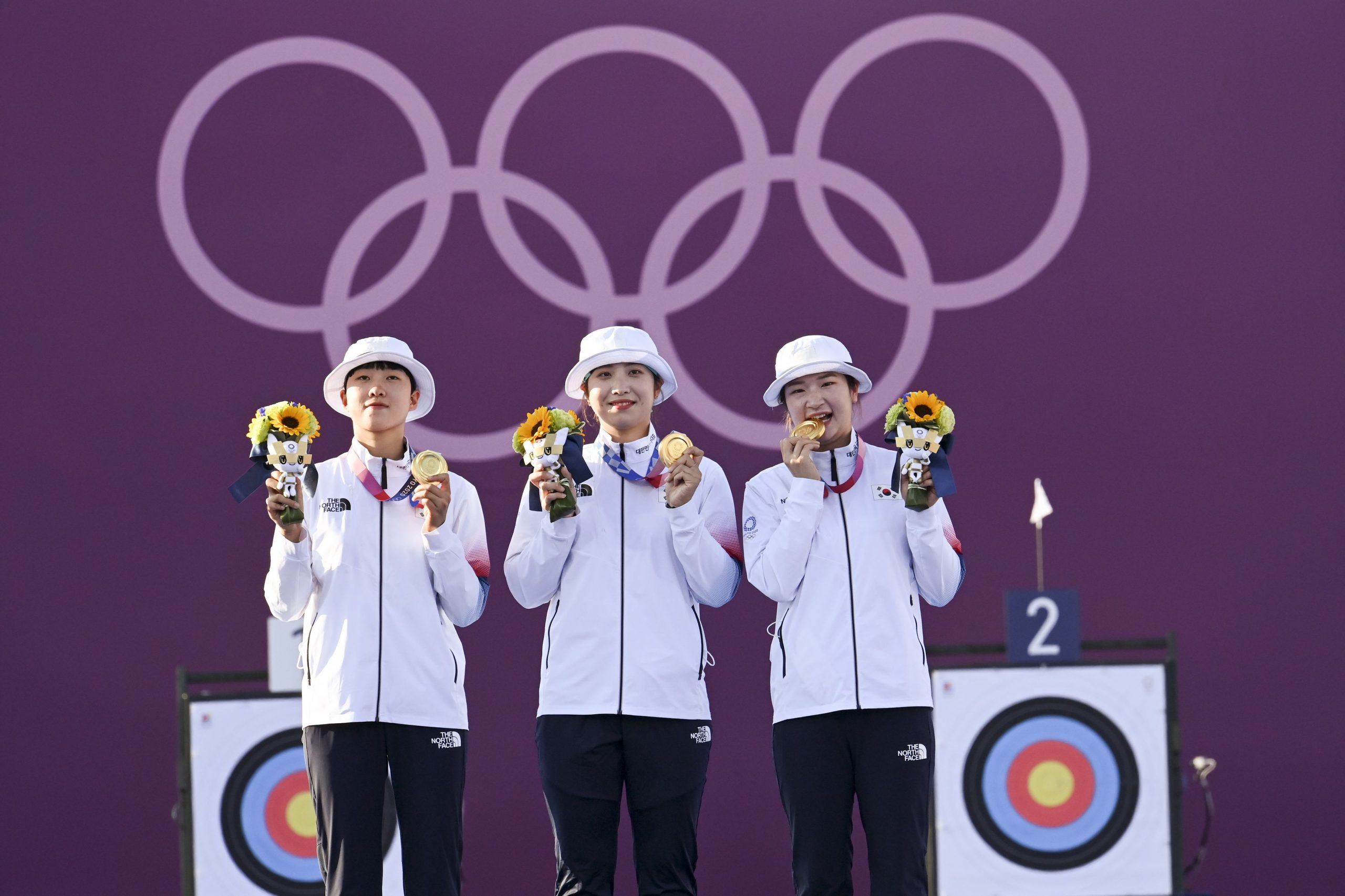 When an individual or team has been so good for so long, does winning ever get old?

Does the euphoria of victory ever become, well, boring?

For admirers of the South Korea women’s archery dynasty, the answers are: no and no.

Watching and listening to how the current members of this amazing team reacted after winning a ninth straight ー that’s not a misprint ー Olympic gold medal on Sunday, July 25, there was nothing that suggested any of them are disinterested in being a part of something so much bigger than themselves.

Appropriately enough, South Korea’s Olympic archery dynasty began, at the 1988 Seoul Games, when it was added as a women’s sport.

It was no big surprise.

South Korea’s track record of success in this event began a year before the fall of the Berlin Wall and decades before cellphones became an ubiquitous part of daily life.

“This gold medal is very special for me for two reasons,” she commented after receiving her medal at Yumenoshima Park Archery Field, according to the World Archery website. “The first is that a gold medal at the Olympic Games is a dream for every archer. I’m here and I did. And the second is that this is a team medal, which means we did it together, and for us, that is more important.

“I’m so proud to be a member of the Korean team. I’m happy and this is a big honor for me.”

Kang missed out on being selected for South Korea’s team for the 2016 Rio Games.

Five years later, she views it in a positive light.

“I’ve grown as an athlete from that experience,” the 25-year-old Kang related while speaking to reporters on Sunday. “I’m now stronger when I’m attending these matches. With that mentality, I can focus much better.”

Nobody will declare that Kang and her teammates couldn’t focus on the women’s team final.

The proof was in the numbers and part of the day’s larger story that extended to the team’s title run, with South Korean winning 17 of 18 sets over Italy, Belarus and Russia en route to the title.

Total domination. And this run of greatness has featured 21 South Korean archers across five decades.

Team USA and Kenya both have a shot at winning their 10th straight medals in these events in Tokyo. (The men’s 4×100 medley final is on Sunday, August 1. The steeplechase final is on Monday, August 2.)

Returning to the archery field, shooting accuracy and power of concentration go hand in hand.

On Sunday, An set the tone for the Koreans as the highest scorer in each of their three matches.

In each match, each team is allotted six arrows (two per athlete) for one set in a 2-minute span. A match has a maximum of four sets, followed by a tie-breaker if necessary.

The Koreans don’t panic after mediocre shots. Instead, they shift the focus to the next arrow, a time-honored strategy that works for them.

In examining the common thread tied to each of the Asian nation’s nine gold medals in the event starting in the pre-reality TV era, one thing keeps popping up again and again: an ability to focus on one arrow at a time, as if the world has paused and nothing else matters at that particular moment.

The dynasty could very well have ended at the 2004 Athens Olympics, as The Washington Post’s Chuck Culpepper noted in his recap of the women’s team final.

Instead, a vintage performance by the Korean archers in a high-pressure moment lifted them to another gold.

“Even at Athens 2004, in a stirring event witnessed by lucky people, when China had a nine-point lead going to the last arrow from Park Sung Hyun,” Culpepper wrote, “that arrow flew through the hot Greek air in the old Olympic stadium near the Acropolis and snuggled squarely in the ‘10’ circle.”

After all, Kang, Jang and An could form the team’s lineup at the 2024 Paris Olympics.

Or as An put it: “I believe this team is the strongest ever because we act as one. We know each other well, we trust each other and we push each other to do our best.”