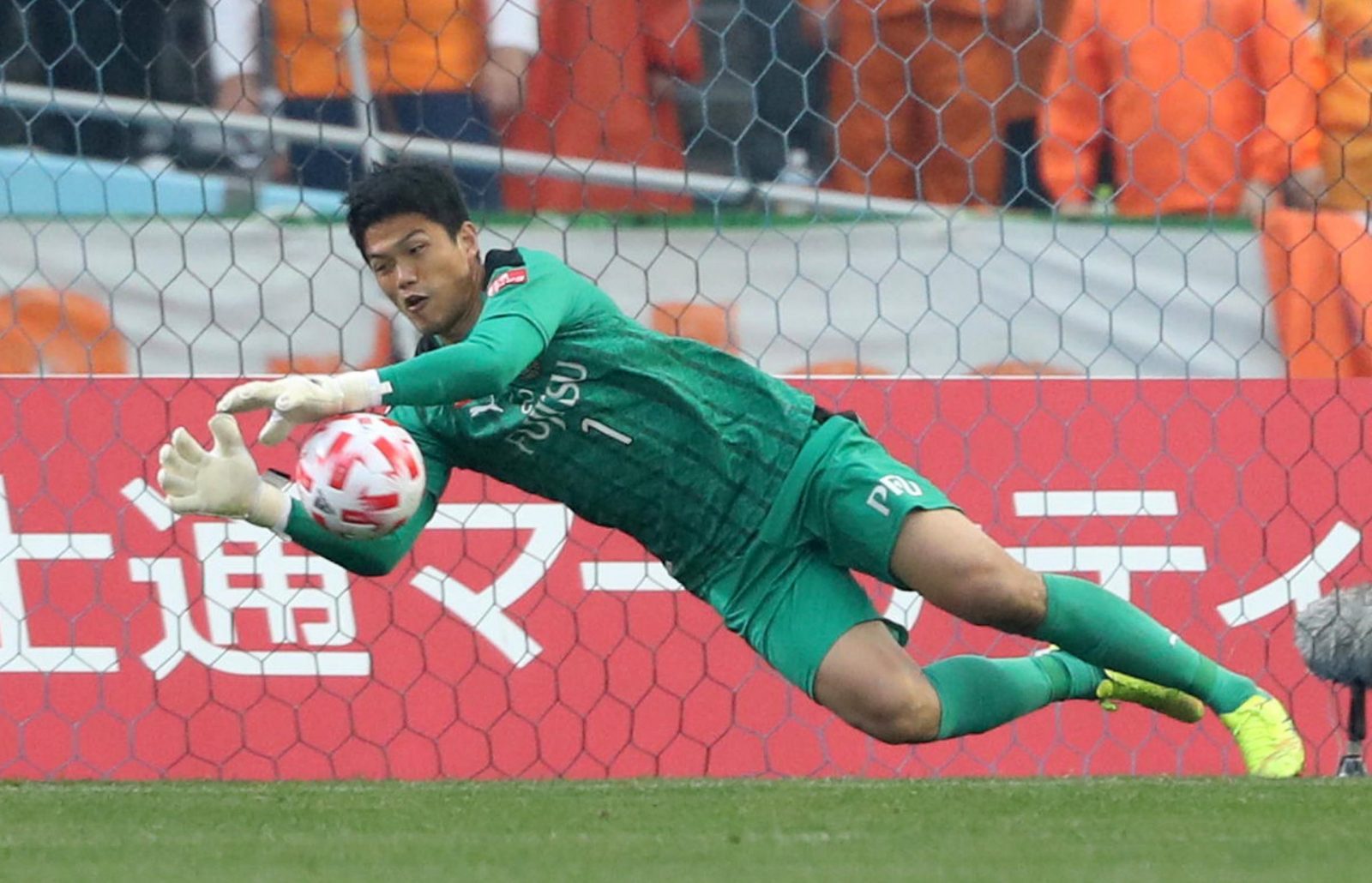 Kawasaki Frontale's Sung-Ryong Jung has been one of the best goalkeepers in the J. League for several years.

In team sports, a winning recipe isn’t determined by one player alone, but there’s no denying the fact that having top-notch players at the most important positions often makes a big difference.

Since joining Kawasaki Frontale in 2016, South Korean goalkeeper Sung-Ryong Jung has been a fixture in the starting lineup. Confident in his abilities, Jung has a knack for making saves at key moments of matches.

Watch Jung throughout any game, and you’ll notice a player always ready to make a play, always in position to do so.

Frontale’s lineup has been loaded with stars for years, including in the defensive backfield. But it’s also quite clear that Jung deserves important recognition for helping Frontale capture J. League titles in 2017, 2018, 2020 and 2021.

Manager Toru Oniki’s club sealed its latest title on Wednesday, November 3 with a 1-1 draw with the visiting Urawa Reds.

Oniki’s men have only allowed 21 goals since the season began.

Reflecting on Wednesday’s result and the team’s title-clinching victory, Oniki insisted the Frontale rely on effort to maintain their spot as the J. League’s supreme team.

“The guys fought hard today,” Oniki was quoted as saying by Kyodo News. “Even though it was a draw, the great effort was there for all to see.

“The players gave their all, as did the staff. That made us very hard to beat. And when things went against us, we never lost cohesion.”

Indeed, cohesion is an important aspect of a soccer match. Ball movement, spacing and offensive and defensive tactics are all connected to it.

With a goalie as dependable and respected as the 33-year-old Jung in front of the net, the coaching staff and Jung’s teammates know what they are getting game after game: consistency.

Jung also competed for the South Korean national team in the 2010 and 2014 World Cups. In between, he represented his country at the 2012 London Olympics, starting in goal in the bronze-medal match against Japan in Cardiff, Wales. South Korea won, 2-0.

A goalie’s in-air acrobatics, quick feet and field vision are necessary, of course, but sometimes the ability to initiate a counterattack may get lost in the analysis of a game’s key moments.

“Japan pushed and probed in search of an equalizer, but they were hit by a sucker punch when a huge punt by Korea goalkeeper Jung Sung-Ryong found [Ja-Cheol] Koo, who lashed into the bottom corner,” BBC Sport reported.

A season ago, the J. League Best XI featured Frontale players at all four defensive positions (Jesiel, Shogo Taniguchi, Kyohei Noborizato and Miki Yamane), and all but two spots were filled by Kawasaki.

It was a sign of great respect for what Frontale accomplished last season ー winning the title by an 18-point margin over second-place Gamba Osaka, scoring 88 goals and conceding 31 in 34 league matches ー and how well the players worked together.

“I worked really hard to communicate in Japanese with my teammates,” Jung told the newspaper. “During the match, I regularly tell them to ‘focus’ [in Japanese]. In defense, we’ve become one team.”

Looking back at Frontale’s brilliance last season, which has carried over to this season, Jung said his team’s approach is paying off.

“Our team’s strategy was aggressive,” Jung said, according to the Korean publication. “Starting from the goalkeeper, we would aim to cover more from the front and build up an aggressive offense.”

From reading about his career and watching his interactions with Frontale teammates, it’s quite evident that Jung savors every accolade and every successful personal and team achievement he’s been a part of during his Kawasaki years.

Jung, who demonstrated his commitment to those in need with a donation of nearly ￥3 million JPY (over $26,000 USD) to NPO Good Neighbors International during the global pandemic, remains passionate about winning. And his hunger for competition remains as strong as ever.

“There’s no guarantee that a Korean goalkeeper will play [in matches] just because they come to Japan,” Jung was quoted as saying by Korea JoongAng Daily. “Rather than just being better [than Japanese goalkeepers], they also have to survive the competition.”

By all accounts, Sung-Ryong Jung is a survivor and a winner, someone who is an essential part of Kawasaki Frontale’s epic success story.