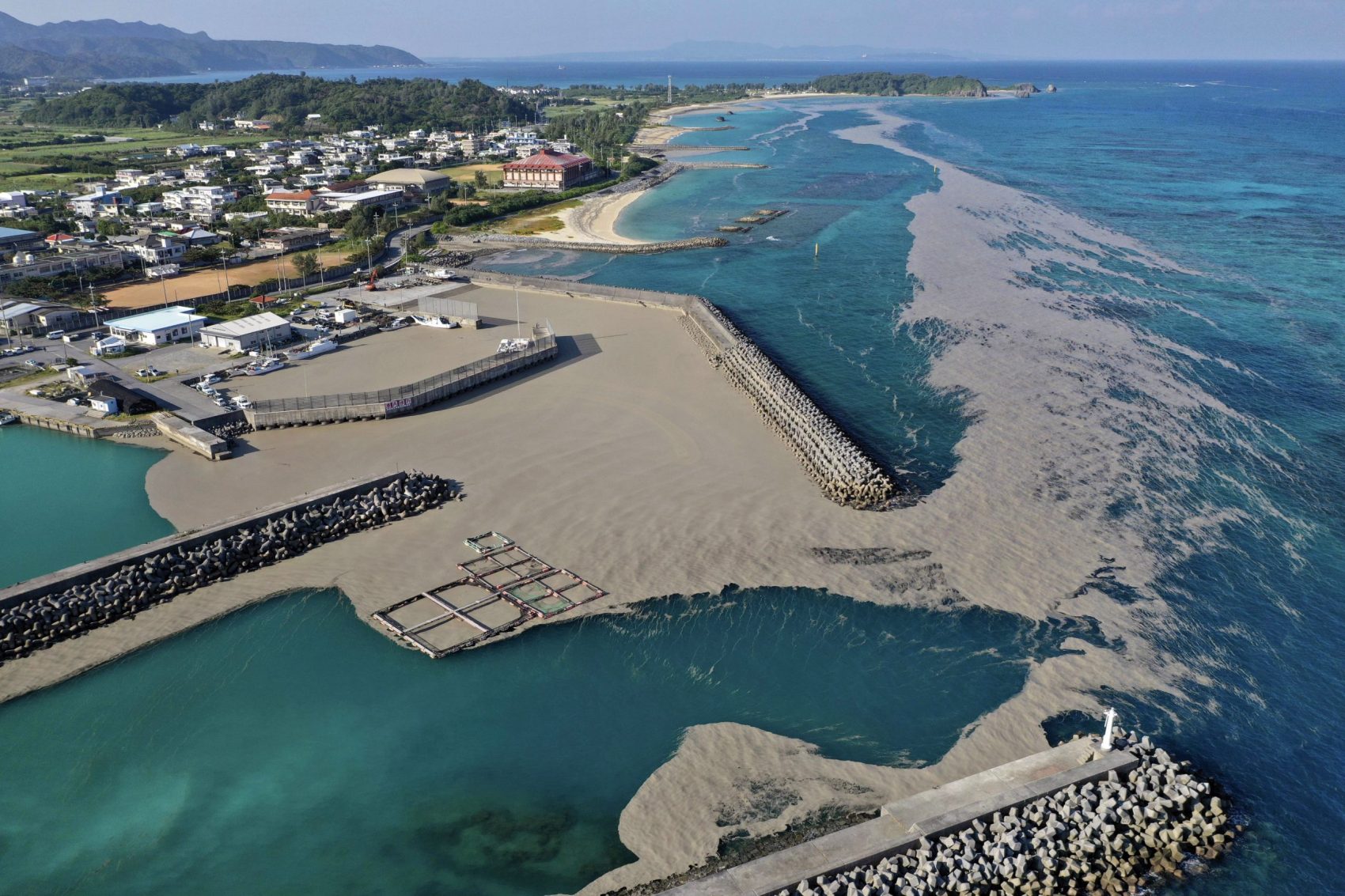 Floating pumice, volcanic rock from an underwater volcanic eruption, clog the waters and beaches of Okinawa and Kagoshima.

A large-scale invasion of floating pumice stones has hit various locations on the coastlines of Okinawa Prefecture, Kagoshima Prefecture, and other parts of southern Japan. These volcanic stones are now preventing fishing boats from leaving harbor and presenting a daunting cleanup task for the region.

The problem was apparently caused by a huge underwater volcanic eruption earlier this year in the Ogasawara Islands, a part of Tokyo around 1,400 kilometers to the east of Okinawa.

As of the afternoon of October 29, removal of the volcanic debris was continuing at the fishing port of Hentona in the village of Kunigami in the northern part of Okinawa Island.

On the same day, Kagoshima Prefecture confirmed that the onslaught of pumice stones had reached the Amami islands group to the north of Okinawa. Authorities there have been meetings to assess the damage and devise ways to respond to the situation.

At Hentona, where fishermen have been unable to leave port, two on-shore shovel loaders have been busily scooping up the pumice. Okinawa Prefecture also has plans to conduct cleanup operations at Yasuda, another fishing port in Kunigami.

The cleanup contract for the two ports will likely cost around ￥75 million JPY (about $660,000 USD). The national government is expected to bear roughly 80 percent of the total costs as disaster reconstruction expenses.

Kagoshima Prefecture has confirmed that as of October 28, pumice stones had washed ashore at 83 locations in the Amami Islands, including shorelines and fishing ports in 12 municipalities. At an October 29 meeting, prefectural authorities decided to consult with officials from the Kyushu Regional Development Bureau of the Ministry of Land, Infrastructure, Transport and Tourism on ways to remove the debris.