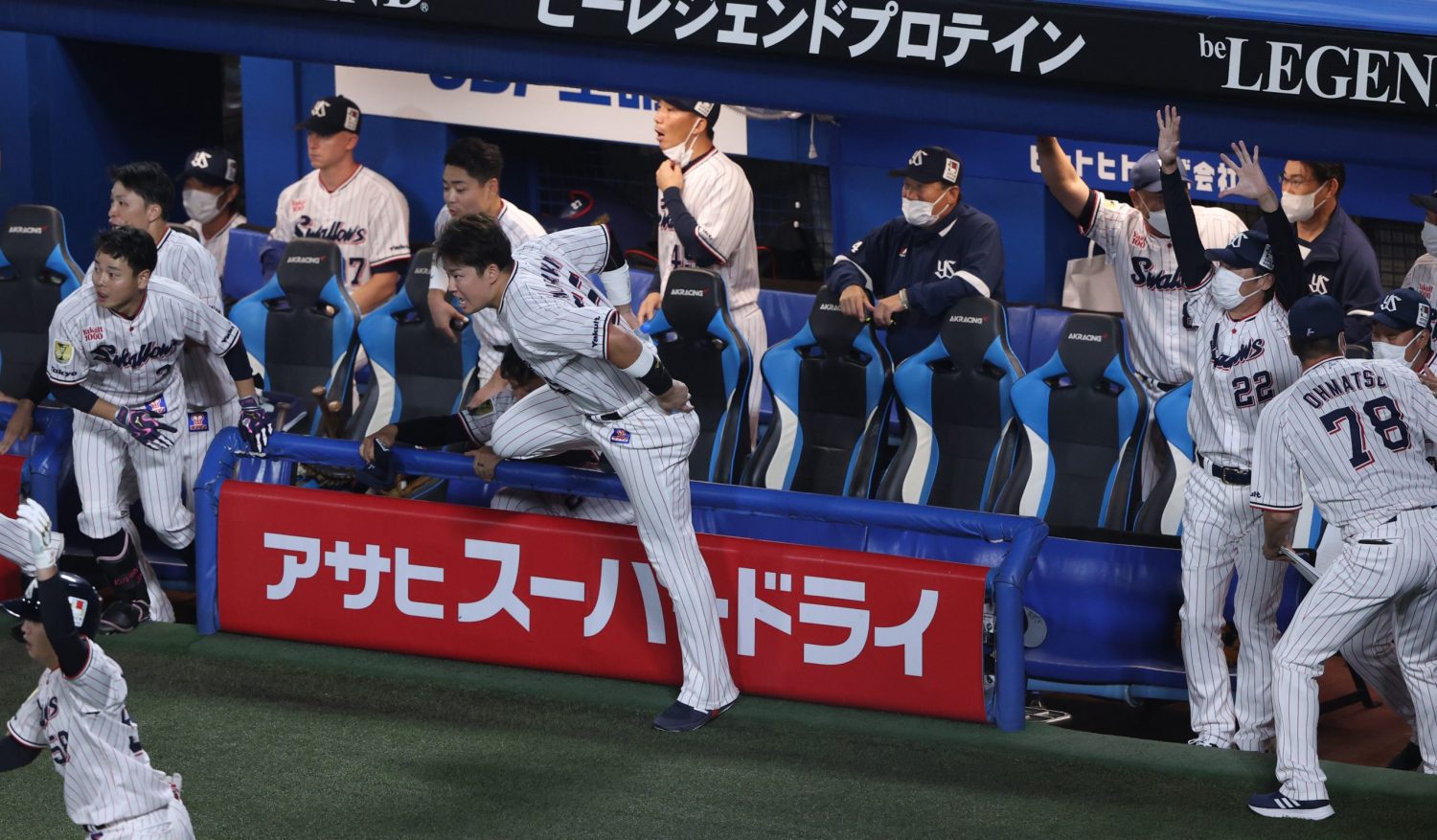 What does it take for a pro baseball team to avoid a championship hangover the year after winning it all?

Start with the following as building blocks for continued success:

A manager who instills confidence in his players even after they’ve reached the metaphorical mountaintop.

A dynamic power-hitting slugger who can carry the offense.

A dominant closer who puts the finishing touches on victory after victory.

Yakult secured its second straight regular-season league title with a 1-0 win over the Yokohama DeNA BayStars on Sunday, September 25. Kazuya Maruyama provided the late-game drama with a walk-off double with one out in the ninth inning at Jingu Stadium.

When it was over, Takatsu, who’s in his third season at the helm, took a break during the euphoric celebrations to sum up what the Swallows’ achievement means to him.