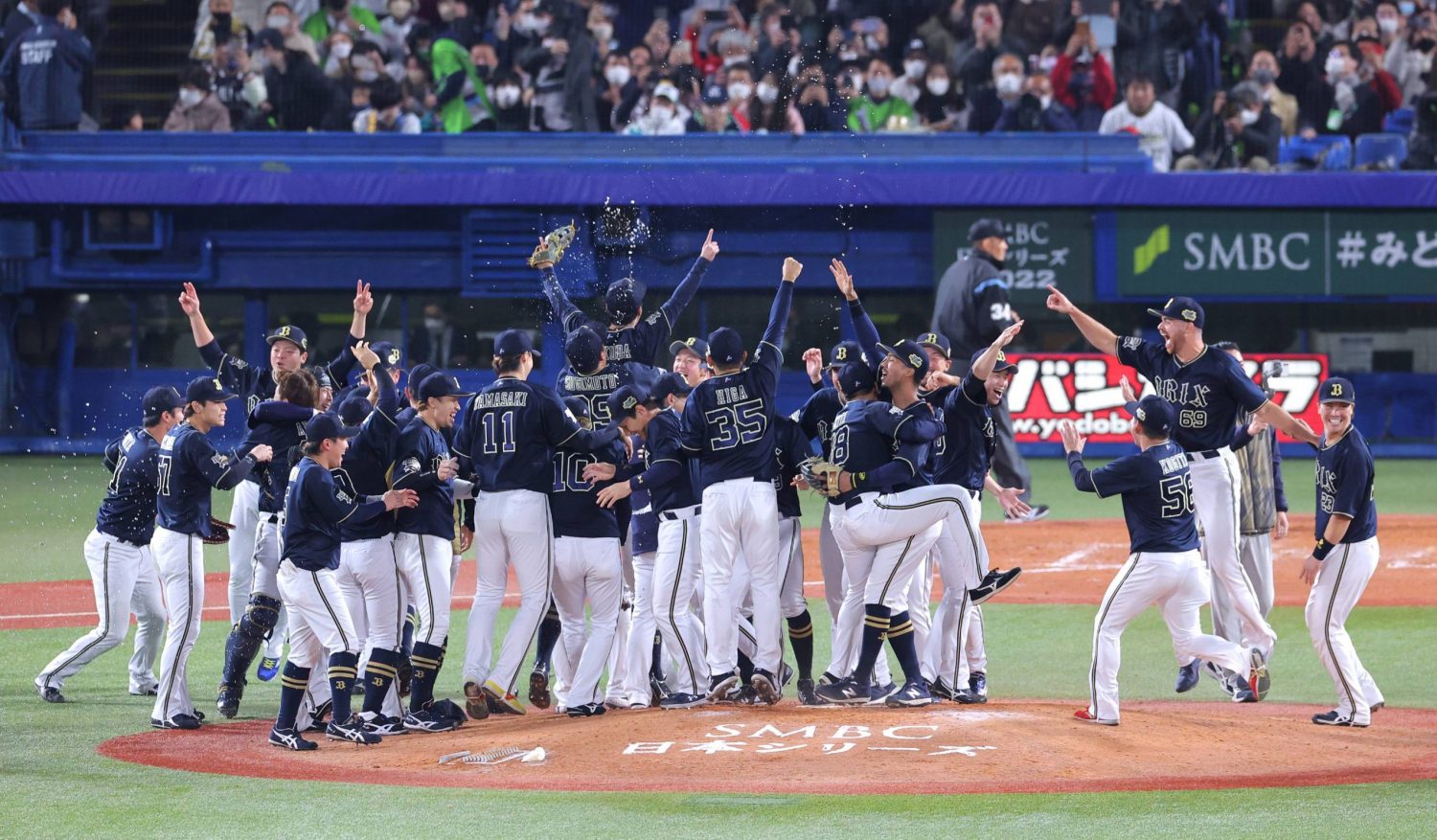 Looking back at the on-field drama of the Japan Series, Games 4 and 5 marked a two-day turning point for the Orix Buffaloes.

First, the Buffaloes edged the Tokyo Yakult Swallows in a 1-0 victory in Game 4 on October 26 at Kyocera Dome, winning despite a meager offensive output of three hits.

Then, the Buffaloes returned to work the next day with the positive vibes of still being very much alive in the best-of-seven series, including an unusual 3-3 tie in Game 2 sandwiched around losses in Games 1 and 3. The latter was a deflating 7-1 defeat.

Orix's path to a championship, its road to recovery, began with a combined pitching effort in Game 4 that slammed the door on the Swallows offense a day after the 2021 NPB champions pounded out 11 hits. Buffaloes manager Satoshi Nakajima made pitching changes at opportune times. And starter Taisuke Yamaoka and relievers Yuki Udagawa, Soichiro Yamazaki and Jacob Waguespack handled their assignments effectively.