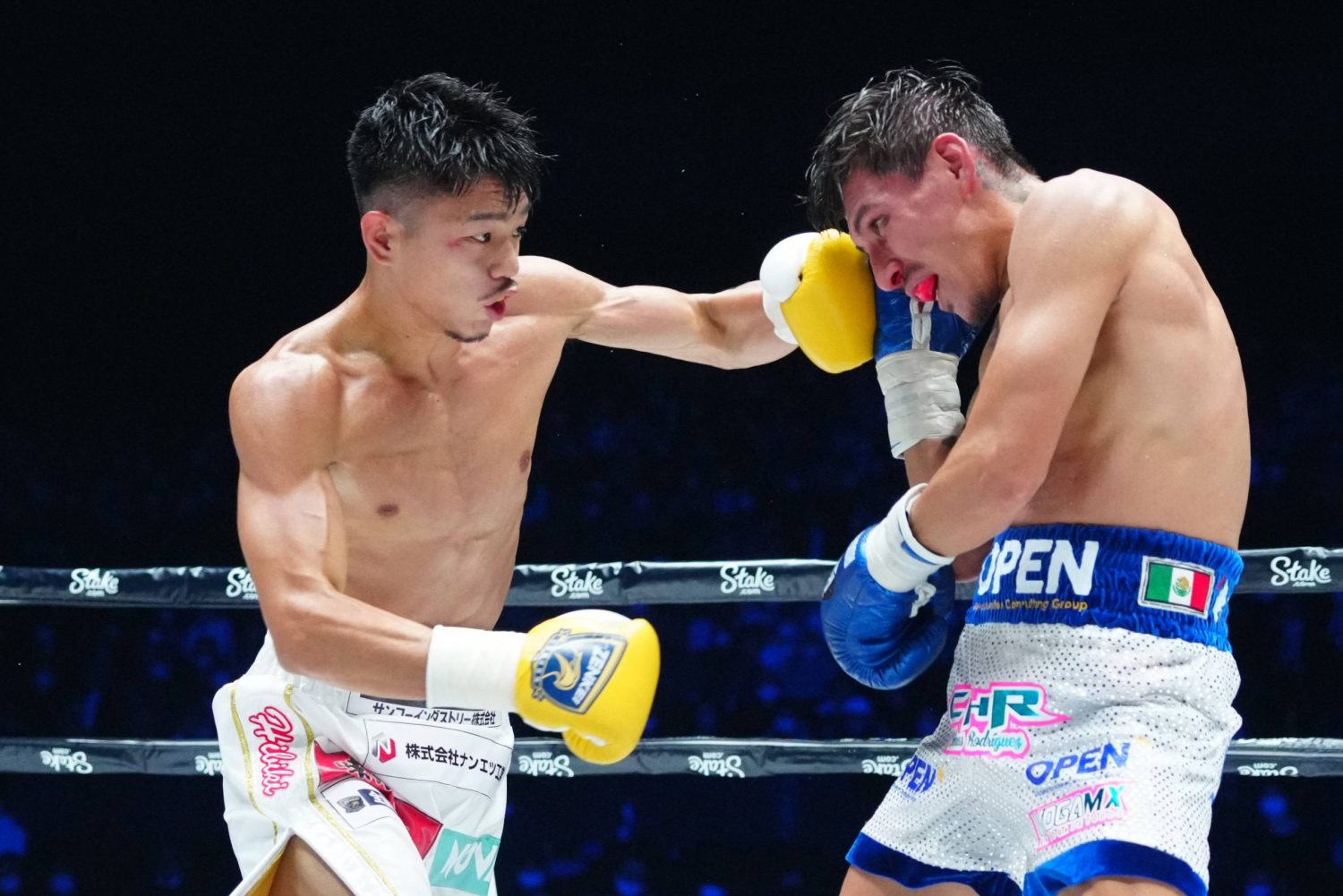 Junto Nakatani punches Francisco Rodriguez Jr in the fourth round of their super flyweight non-title bout on November 1 at Saitama Super Arena. (ⒸSANKEI)

Proper perspective is a vital trait of successful sports mentors, such as those guiding boxer Junto Nakatani. Understanding an athlete's ability, along with his or her potential, can play an important role in determining an athlete's chances of achieving success in boxing or other sports.

This view comes to mind when thinking about Nakatani's career (24-0, 18 knockouts). In his prime as a fighter at age 24, the Mie Prefecture native has spent quality time honing his skills in Los Angeles with veteran trainer Rudy Hernandez over the past several years.

Nakatani recorded his latest triumph on November 1 at Saitama Super Arena, earning a victory via unanimous decision over Francisco Rodriguez Jr in a 10-round super flyweight bout. Nakatani's vanquished foe entered the fight as the WBO's third-ranked super flyweight.

It was Nakatani's first non-title fight since October 2019. He had held the WBO flyweight crown from 2020-22, but relinquished his title to move up one weight class, seeking greater glory and recognition.