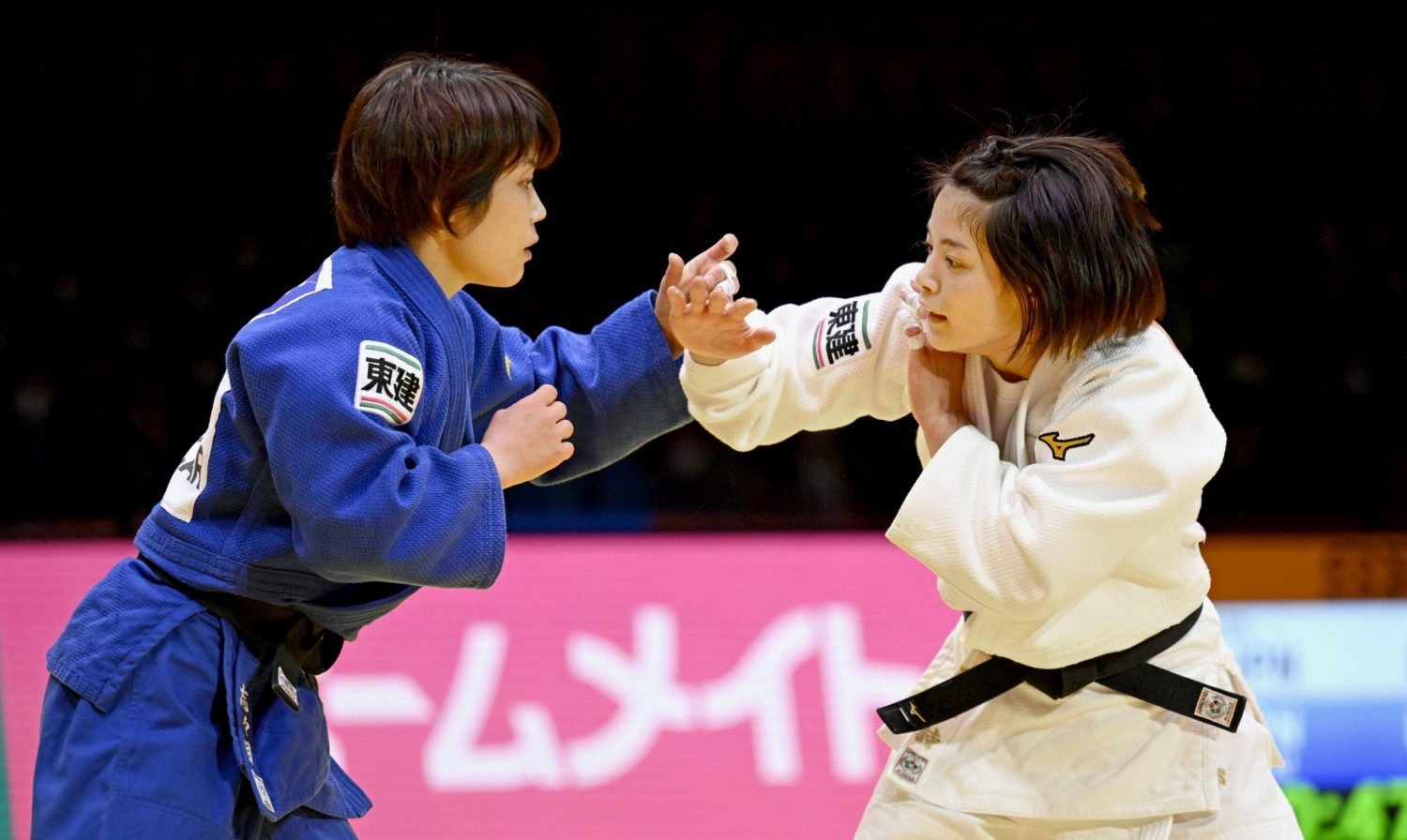 Uta Abe (right) competes against Ai Shishime in the women's under 52-kg division final at the Tokyo Grand Slam on December 4 at Tokyo Metropolitan Gymnasium. (KYODO)

Winning gold medals in each of her last four major global tournaments, Uta Abe has produced plenty of evidence that she's one of the best judoka in the world.

Abe confirmed that fact again at the Tokyo Grand Slam, which was held at Tokyo Metropolitan Gymnasium on December 3-4. She triumphed over Ai Shishime, a two-time world champion, in the final's golden score period (judo's version of sudden-death overtime), when her foe was handed her third shido penalty. Drama from start to finish in Sunday's match.

For Abe, defeating Shishime, 28, demonstrated her increased physical power in her chosen sport.

"Compared to past matches, I think I've gained strength," the 22-year-old said, according to Nikkan Sports after the match.

Abe also provided a close-up look at her motivation level nearly a year and a half after she and her older brother, Hifumi, both won Tokyo Olympic judo gold medals on the same day. And the verdict is in: The Kobe native is as hungry as ever to excel whenever she steps on the tatami for a match.