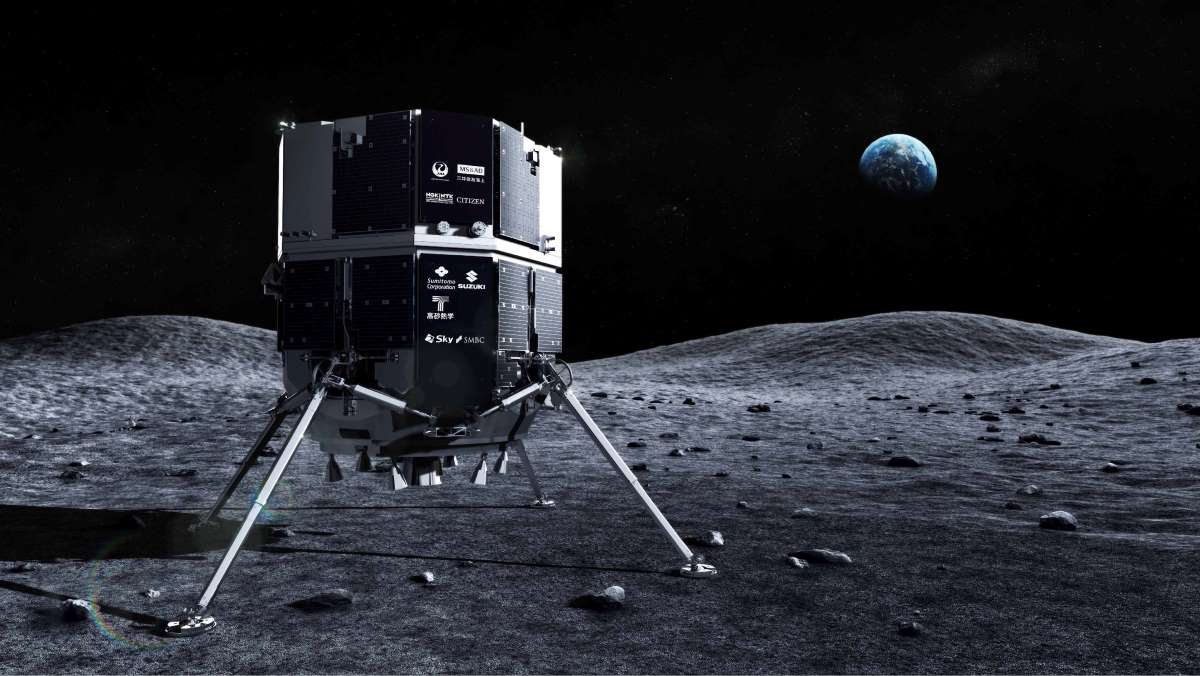 Space venture ispace in Tokyo is set to become the world's first private company to land a spacecraft on the moon.

The venture is taking a radically different approach from prior space explorations led by national institutions. With a focus on cost reduction — a strong suit of private companies — ispace looks ahead at the rapidly expanding space market. Specifically, the duration and route of its mission will be completely different from those of previous lunar explorations.

Its lunar lander was scheduled to launch on November 30, but the launch date was delayed. Check here to monitor the new launch schedule.

The ispace lander is scheduled to launch aboard a SpaceX rocket from Cape Canaveral Space Force Station in Florida, United States. The flight is expected to take five months, with a lunar landing currently planned for the end of April 2023.

The microprobe OMOTENASHI, launched on November 16 by the national Japan Aerospace Exploration Agency (JAXA), was set to become the first Japanese spacecraft to land on the moon. But it had to abandon the landing due to communication issues. If ispace successfully lands its spacecraft, not only would it be the first private company to do so, but it would also earn the title of accomplishing Japan's first lunar landing.

The size of the space business market is currently at about ¥50 trillion JPY (about $364 billion USD). But it is projected to grow to nearly ¥150 trillion JPY (about $1.09 trillion USD) in the next 20 years. Through this project, ispace will be studying the technology to establish a service for transporting goods to the moon, which is also likely to experience an increase in demand.

This project differs from national projects in its flight duration and flight path. In July 1969, the US spacecraft Apollo 11, the world's first successful manned lunar landing, landed on the moon four and a half days after launch. OMOTENASHI was planned to land five and a half days after its launch. The distance from the earth to the moon is about 380,000 km (236,000 miles).

However, ispace plans to land its spacecraft about five months after launch. Unlike previous moon landings, it doesn't intend to take the shortest path to the moon. The lander will first go beyond the moon's orbit and to about 1.5 million km (932000 miles) away from earth. At this point, it will change its course by taking advantage of the earth, moon, and sun's gravity to essentially take a wide turn back towards the lunar orbit. It aims to land at the end of April 2023, depending upon actual launch date.

A Courier Service to the Moon

On the reasoning behind this flight path, Ryo Ujiie, the company's chief technology officer, explained, "The biggest goal is to save fuel."

The fuel needed to fly through space is incredibly expensive. A spacecraft equipped with a lot of fuel can travel farther. But the greater volume of fuel reduces the amount of cargo that can be carried. For a private business focusing on transporting goods to space, even a small reduction in fuel consumption will lead to lower costs, giving it a competitive edge in gaining customers.

Manned spacecraft need to arrive at the destination as quickly as possible to reduce the astronaut's exposure to cosmic radiation. This requires a large amount of fuel. But the requirement doesn't apply to cargo transportation.

Although the voyage will take longer, ispace will be able to correct the flight direction with a minimum amount of fuel using the gravity of the earth, moon, and sun. As a result, the amount of fuel required can be reduced to less than half that of conventional routes.

By reducing fuel consumption, ispace has achieved a compact lunar lander. In its extended state, the ispace lander is 2.6 m wide and 2.3 m tall (8.5 ft by 7.5 ft). It weighs only 340 kg (750 lbs) without fuel. But it still has plenty of space for cargo. This time, it will transport seven "parcels" to the moon, which include JAXA's small robot and a space probe of the United Arab Emirates' space agency in Dubai.

Additionally, there are other differences between this project and space exploration by national agencies. For public projects, all of the parts for the rockets and probes are specially designed and developed. But ispace used existing electronic components and multipurpose parts in its lunar lander. This also contributes significantly to the reduction in operational costs.

Competition in the space business has intensified as more companies enter the growing industry. But Ryo Ujiie is confident. He said, "We want to take advantage of the benefits of a private company, such as rapid decision-making, and in the future connect this to the utilization of the lunar surface and the establishment of sustainable development projects."