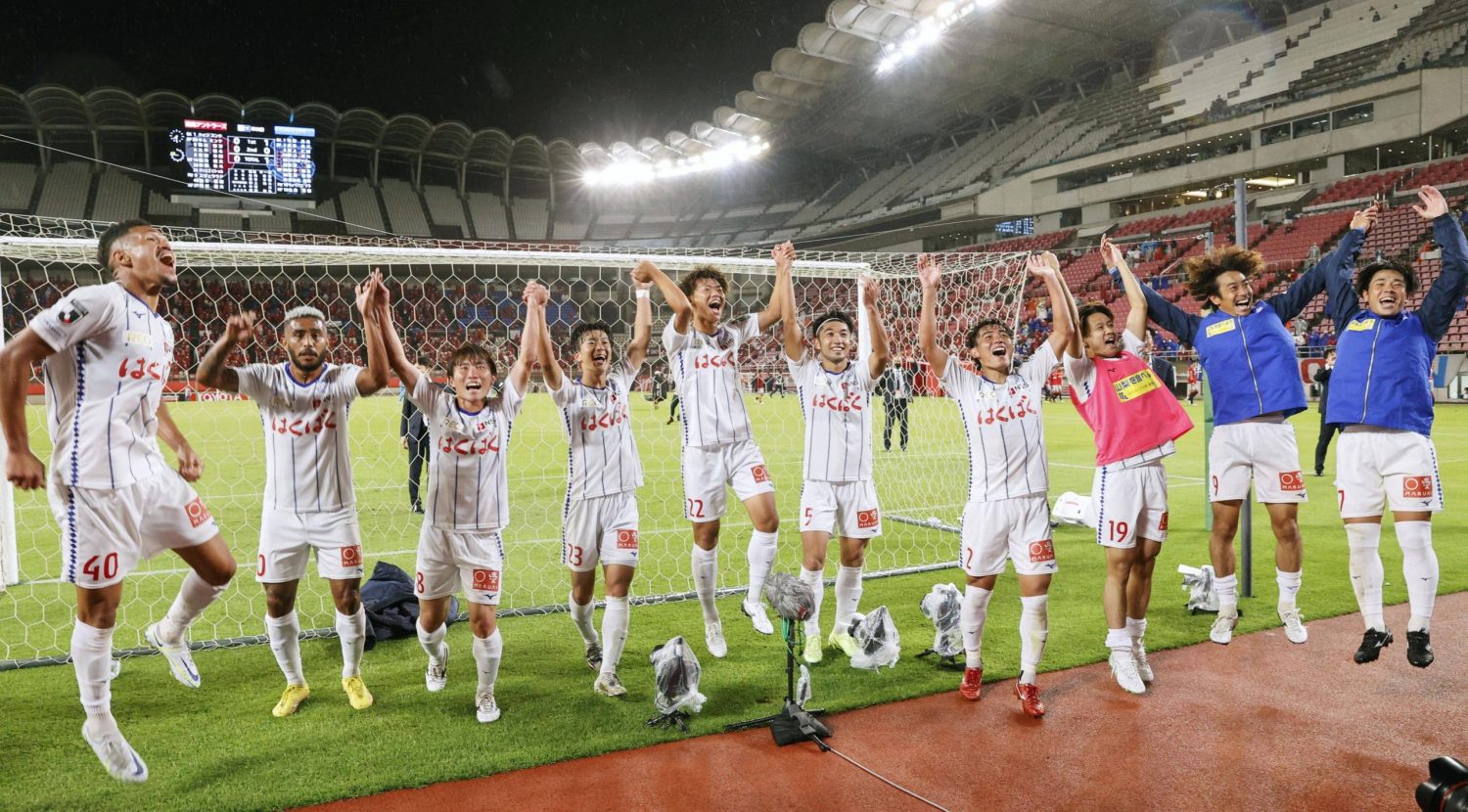 Ventforet Kofu players salute the team's fans after their victory over the Kashima Antlers in the Emperor's Cup semifinals on October 5 at Kashima Stadium. (KYODO)

More than a century of matches has ensured that.

The 102nd Emperor's Cup, which has featured 88 teams, will be held on Sunday, October 16 at Nissan Stadium in Yokohama. Ventforet Kofu, classic underdogs, and Sanfrecce Hiroshima, making their sixth appearance in the final during the J.League era, are the finalists.

Other tournaments in the modern era, including the Asian Champions League and the Levain Cup, as well as the J.League season, compete for soccer fans' attention in Japan. But there remains something special about an event that brings winners of all 47 prefectural tournaments, including college teams, and all squads from the J.League's first and second divisions into a single 88-team competition.

Upsets can ― and often do ― happen. The element of surprise in the Emperor's Cup is a crowd-pleasing part of its charm.