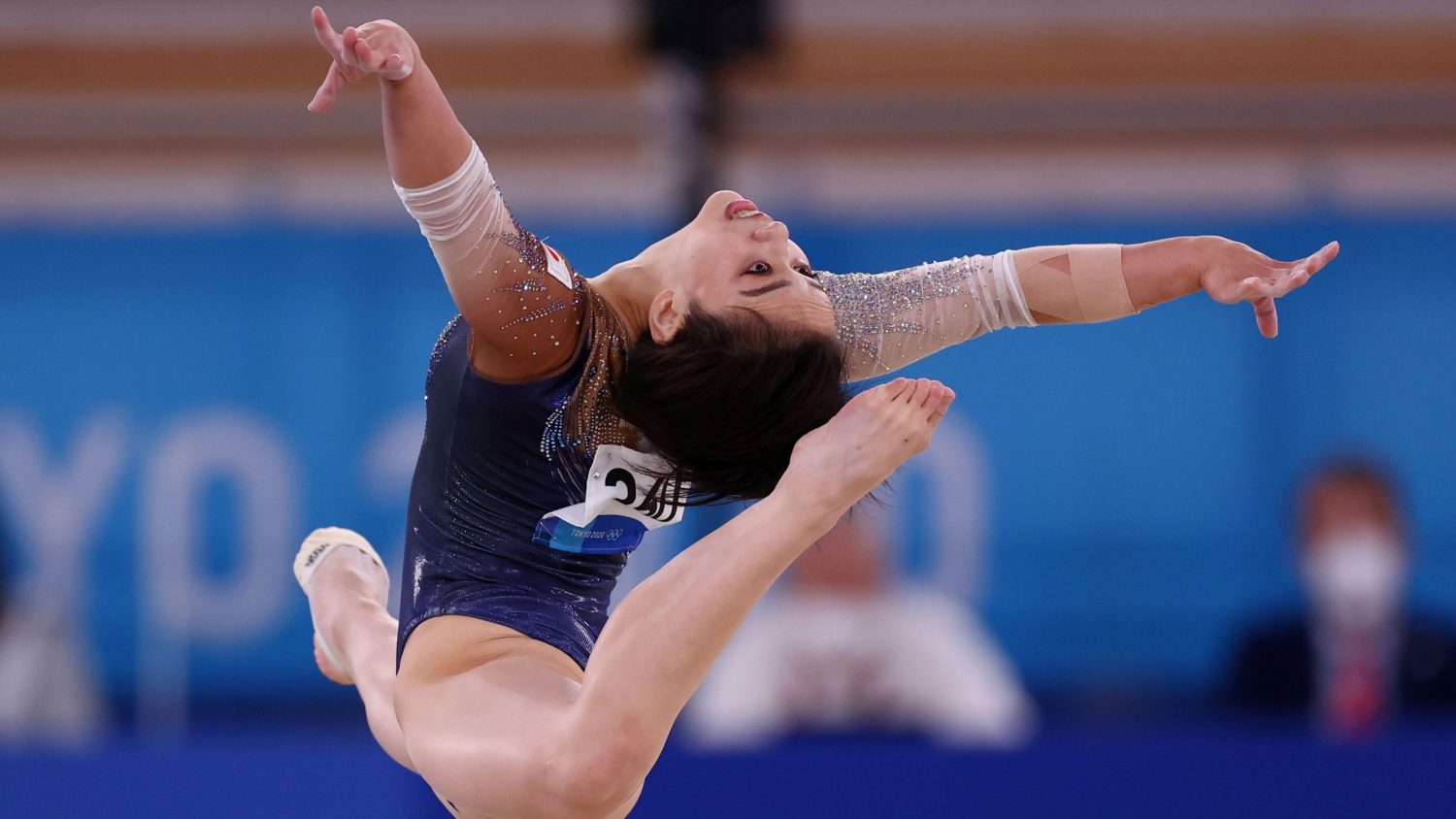 By doing so, Murakami became the first Japanese female gymnast to earn an Olympic medal in an individual event. Murakami and Russian Angelina Melnikova both received 14.166 points and each took home a bronze.

Jade Carey of the United States collected the gold with a lively performance that earned her 14.366 points.

During her impressive routine, Murakami performed her patented double-tuck somersault, a complex double-twisting sequence which is known in gymnastics circles as the “Silivas” move.

Murakami, who was the 2017 world champion in the floor exercise, was pleased with the result.

"It was the best performance that I could do and I finished third," Murakami said afterward, according to Kyodo News. "It was the best competition and I couldn't have done better."

Eight players scored or more goals for Japan in a 24-9 thrashing of South African in a men’s preliminary round Group A match at the Tatsumi Water Polo Centre.

Entering the third quarter, Japan led 12-8 before completely dominating the second half.

China’s Shanju Bao and Tianshi Zhong broke the world and Olympic record in the world’s team sprint with a rapid 31.804-second time.

China’s duo went on, and stormed past Germany in the final, finishing with a time of 31.85 and securing the gold medal. German Lea Sophie Friedrich and Emma Hinze won silver at the Izu Velodrome in Shizuoka.

Russian Olympic Committee’s Daria Shmeleva and Anastasiia Voinova brought home the bronze medal with a time of 32.252. The duo had previously received the silver medal in Rio de Janeiro in 2016.

Camacho-Quinn set an Olympic record (12.26) in the semifinals on Sunday, August 1.

Harrison, who owns the world-record time in the 100 hurdles (12.20), provided great motivation in the race.

"I was really running for the world record," Camacho-Quinn told reporters after the race. "I hit the hurdle, but everything happens for a reason.”

She added: "I came through with the gold. My first gold medal. I think honestly all of us, we all should be rewarded for this. We made it."

Axelson was the third-place finisher at the 2016 Rio Games.

Polii and Rahayu led by as many as nine points in the second game, never letting their counterparts grab the lead at any point in the title-clinching game.

In winning the nation’s first Olympic gold medal in women’s doubles badminton, the unseeded Polii and Rahayu earned a big upset over the second-seeded Chinese pair.

Gunning for its seventh consecutive Olympic gold medal, the U.S. women’s basketball team recorded a 93-82 victory over France in a Group B preliminary round match at Saitama Super Arena.

Three-time Olympian Tina Charles came off the bench and gave the victors an offensive spark, putting 15 points on the board, making 6 of 9 shots from the floor and handing out five assists. Charles sank three 3-pointers.

“This was preparation meets opportunity,” Charles said after the game. “I think my last two years playing in the WNBA, I’ve been taking a lot more 3s. I think this year it’s been more efficient.

Jessie Fleming scored a second-half penalty kick and Canada held on to knock off the gold-medal favorite United States 1-0 in a semifinal match at Ibaraki Kashima Stadium.

The No.-1 ranked U.S. team has captured the Olympic gold four times. What’s more, the Americans held an overwhelming historical advantage in head-to-head meetings with Canada, which won just three of its 61 matches against the powerhouse squad entering the semifinals.

Fleming, a midfielder, stepped into the spotlight to take the penalty after teammate Deanne Rose was brought down in the area in the 74th minute. Video replay confirmed it.

Team USA dominated the proceedings on offense, taking 13 shots to Canada’s three, and had a 12-5 advantage in corner kicks.

Canada, which received the Olympic bronze in Brazil five years ago and in London in 2012, and Sweden will meet in the women’s final on Friday, August 6.

This is the first time that Japan was not able to reach the quarterfinal stage since the 1996 Atlanta Olympics.

“For five years we’ve worked hard to try to win a medal in these Olympics. We weren’t able to achieve that, but the players worked very hard,” said head coach Kumi Nakada in a post-match interview. “I’m thankful for the opportunity to compete in this difficult situation.”

Chinese weightlifters dominated the two final women’s classes, 87 kg and over-87 kg, at Tokyo International Forum. Zhouyu Wang placed at the top of the 87-kg class with a combined weight of 270 kg lifted between the snatch and clean and jerk rounds.

Her teammate Wenwen Li took the top spot in the over-87 kg division by lifting 320 kg across the two rounds. Li set three Olympic records, one each for the snatch and clean and jerk rounds with 140 and 180 kg, respectively, and another for the total weight, 320 kg. She also holds the world records for all three categories.