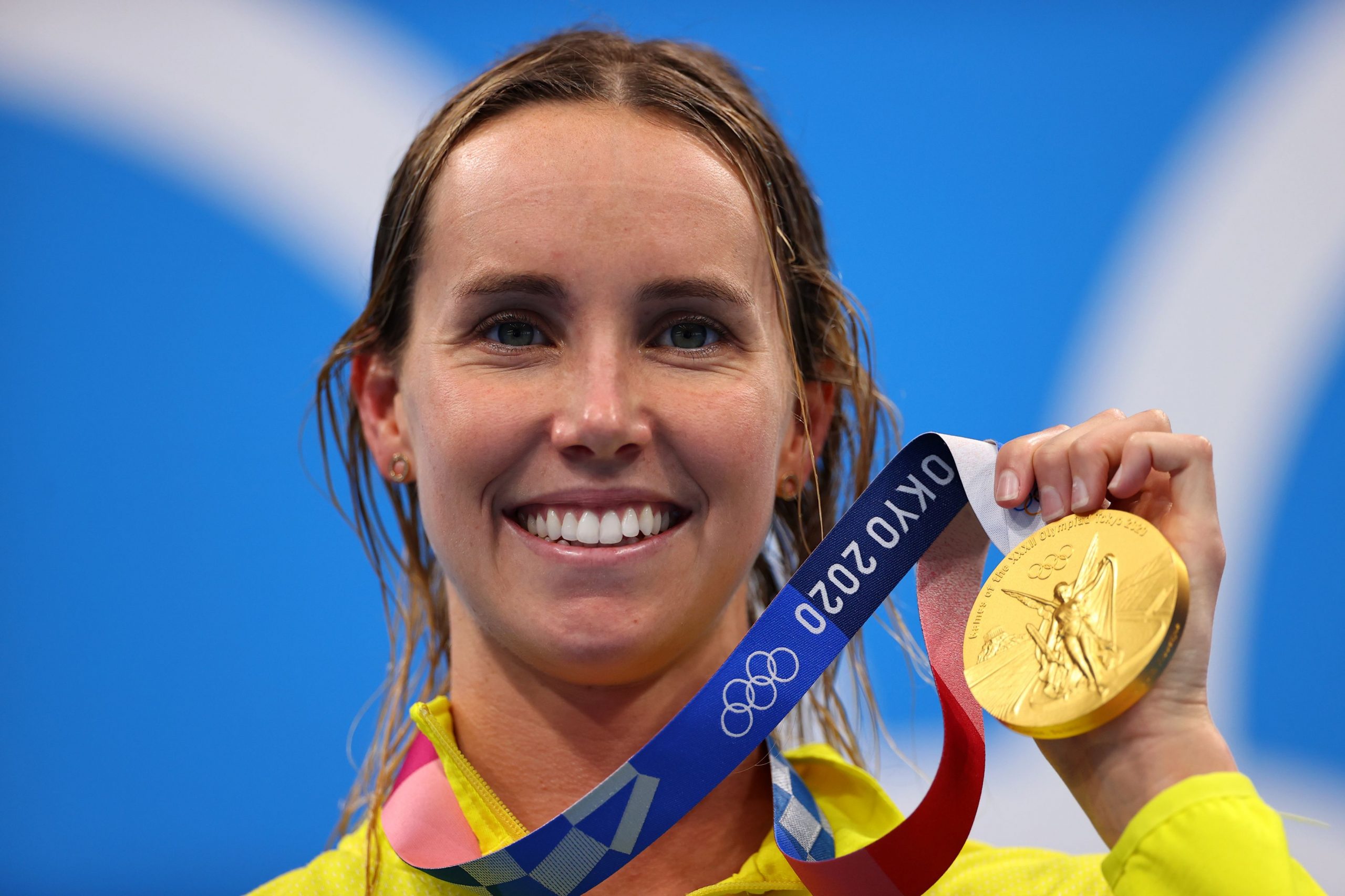 Emma McKeon arrived in Japan for the Tokyo Olympics with a sterling reputation. She was already recognized as one of the world’s elite female swimmers of the current era.

The 27-year-old from Wollongong, New South Wales, Australia is now recognized as one of the greatest swimmers of all time.

In addition to the four Olympic medals that McKeon collected at the 2016 Rio de Janeiro Games, she hauled in seven medals at the Tokyo Aquatics Centre, making her the top medalist at the Summer Games in Japan.

When the Olympic swimming program wrapped up on Sunday, August 1, McKeon left the pool with two more golds (her third and fourth) here. Appropriately enough, the versatile aquatics sensation completed her Japan visit with victories in the women’s 50-meter freestyle final (23.86 seconds, an Olympic record) and the 4×100 medley relay (she swam the butterfly leg for the Aussies).

McKeon, like so many of her fellow medalists at this Olympics, reminded us all that achieving something special on the global stage, with the added stress of the COVID-19 pandemic all around us, doesn’t need to elicit a single emotion. Tears of joy and euphoric smiles are natural responses to earning an Olympic medal ー or seven in her case.

Speaking to Australian TV’s Channel 7 after winning the 100 freestyle on Friday morning, July 30, McKeon said:  “Honestly, my emotions are a bit all over the place right now.”

McKeon secured her sixth medal, the 50 freestyle, by 10:37 a.m. the next morning. And less than an hour later, she had claimed medal No. 7.

Matching a Record from 1952

Not only is McKeon one of the most successful Olympians of our lifetime, but her seven-medal haul also matched the all-time record for a female athlete ー a mark established eight decades ago.

With an unquenchable thirst for winning, McKeon pushed herself to accomplish something incredibly special.

Her final individual gold medal was a triumph of mind over matter.

As McKeon explained in an interview last weekend, according to Swimming World magazine, “I never thought I would ever win a 50-meter freestyle gold medal after training for the 200 meters all my life, but after my 100 meters was so good, and I’d been training so well, I definitely had that belief in myself … and if I put it all together I knew I could win it.”

With two more medals on her sparkling CV, Emma McKeon has now set a new standard for all Australian Olympians to aim for ー and not just Australians, but all swimmers and all Olympians, really.

What a splendid legacy.