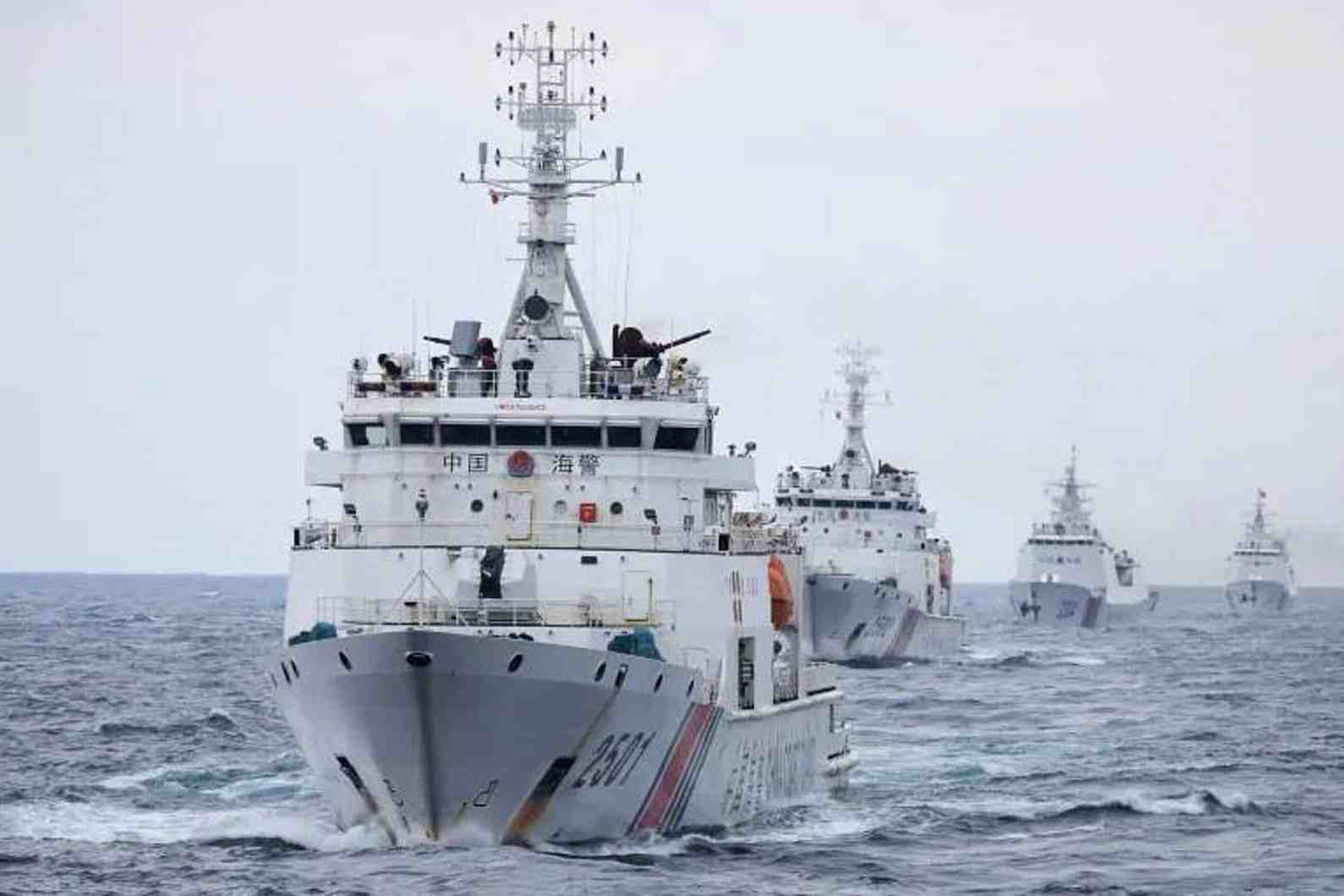 The annual white paper of Japan’s Ministry of Defense (MoD), titled Defense of Japan 2021, released on July 13, has officially called out the controversial China Coast Guard (CCG) law of February 2021 and its related activities.

The defense white paper questions the “problematic provisions” of the CCG legislation in terms of its “inconsistency with international law.” The MoD document prods Beijing’s ambiguity over the geographical areas over which the CCG law applies, and its clause of usage of weapons, as primary sources of inconsistencies.

China’s coast guard law was enacted in January 2021 and entered into force in February 2021. Ever since, the CCG law has become a sticking point in East Asia security, particularly owing to its problematic provisions regarding the CCG’s use of weapons. Its implementation by Beijing infringes on the legitimate interests of affected countries, including Japan, thereby further destabilizing the security equation in the East and South China Seas.

Calling the CCG law and the consequent raising of tensions in the East China Sea and other sea areas “completely unacceptable,” Minister of Defense Nobuo Kishi has questioned China for continuing its “unilateral attempts to change the status quo in the East and South China Seas.”

Significantly, Japan has officially acknowledged in its 2021 defense white paper that the CCG (中国海警局) vessels are being sighted almost daily in the contiguous zone surrounding the Senkaku Islands, where they have repeatedly intruded into Japan’s territorial waters.

Defense Minister Kishi has highlighted the very real problem for the Japanese in their own waters from “incidents of CCG vessels approaching Japanese fishing boats while intruding into the latter’s territorial waters, further making the situation serious.”

These developments bring to light the larger subject of China’s Military-Civil Fusion (MCF) strategy, which it is implementing far and wide.

While at first glance the strategy appears to be a corresponding concept to the American Civil-Military Integration (CMI), in reality the MCF concept is far more complex. Having existed since the time of Mao Zedong, the program compels the commercial and civil sections of Chinese society to “support the PLA (People’s Liberation Army).” Now known by its latest name, “Military-Civil Fusion,” it has been elevated by the Communist Party’s general secretary, Xi Jinping.

The Chinese authorities’ readiness to use the coast guard law as a domestic foundation for implementing a maritime Military-Civil Fusion strategy is aimed at establishing Chinese control inside the first island chain in East Asia. Passage of the legislation indicates that China is almost ready to carry out its MCF strategy in the maritime domain, which could portend a particularly dangerous situation for regional security.

As a quasi-military organization falling under the PLA chain of command, the Chinese Coast Guard directly impacts on the stability around the Senkaku Islands in the East China Sea.

Japan’s non-military coast guard fulfills the mission of guarding its territorial waters and exclusive economic zone (EEZ). In comparison, as my July 2020 JAPAN Forward article draws out, the visible asymmetry presented by the Chinese Coast Guard in the East China Sea is causing political and military turbulence in the region. This, too, has been clearly highlighted in Japan’s latest defense white paper.

Reportedly the world’s largest coast guard, the China Coast Guard originally was the maritime security arm of the Public Security Border Troops, a paramilitary organization serving under the Ministry of Public Security (MPS).

In March 2013 the Chinese government passed the State Council Institutional Reform and Functional Transformation Plan, which authorized a reshuffle of what was then known as the State Oceanic Administration (SOA). Functioning under the aegis of China’s State Council, the SOA was primarily a civilian agency.

Subsequently, from July 2013 onwards, all maritime law enforcement units were integrated into the CCG under SOA’s command. However, this move reportedly ended up raising many operational issues. Primary among those was placement of the CCG under a civilian administration, which caused synchronization challenges with the People’s Liberation Army Navy (PLAN) during maritime security operations.

Interestingly, it was in March 2015 that Xi Jinping upgraded Military-Civil Fusion to assuming the status of a national strategy.

Thereafter, in July 2016, the Chinese government released “Opinions on the Integrated Development of Economic and National Defense Construction,” providing directions regarding sea areas. It asked to:

Xi Jinping clearly seeks to integrate a political system within which every possible asset can be incorporated at the Communist Party’s command. The ultimate objective of this is territorial expansion, and extension of Beijing’s sphere of influence.

As a consequence, Beijing announced another major re-organization in March 2018, as part of which the SOA was dissolved, and the CCG’s control shifted from a civilian authority to the People’s Armed Police. Following China’s 2018 military reforms, the PAP has been jointly under the direction of the Central Committee of the Communist Party of China and the Central Military Commission (CMC).

Thus, from July 2018 onwards, the CCG was placed directly under China’s Central Military Commission — its highest military policy-making body. Within a month of this decision, the PLA-Navy’s Southern Theater Command conducted a joint exercise with the CCG.


In Pursuit of Territorial Expansion

The China Coast Guard is placed under Beijing’s military chain of command that, in turn, reports to the Central Committee of the Communist Party. This chain amplifies Beijing’s politico-military decision-making on territorial issues, both in terms of the operational flexibility it seeks and the diplomatic alternatives Beijing considers while sailing in politically sensitive regions.

The Japanese government has repeatedly expressed “serious concern” about China’s coast guard law. However, serious questions also revolve around confidence-building initiatives between the defense authorities of Tokyo and Beijing, including on the early establishment of a hotline. In these efforts, the optimism of Japan seems to be hitting a wall.

The initiatives are being met with state-controlled reports from Beijing that argue in favor of expanded enforcement powers for a Chinese Coast Guard that would play “a bigger role in emergencies, crises, including war.”

As the centrality of China’s Military-Civil Fusion strategy ramps up,  Beijing is likely to implement an amalgamation of many military and civilian strategies in a manner which enables it to create strategic capabilities that cater to its national strategic priorities in the 21st century. Japan’s Defense of Japan white paper recognizes the threat, and now the Japanese ministry and Self-Defense Forces will need to stay alert.

Dr. Monika Chansoria is a senior fellow at The Japan Institute of International Affairs in Tokyo. The views expressed here are those of the author and do not necessarily reflect the policy or position of JIIA or any other organization with which the author is affiliated. She tweets @MonikaChansoria. Find other articles by Dr. Chansoria here on JAPAN Forward.