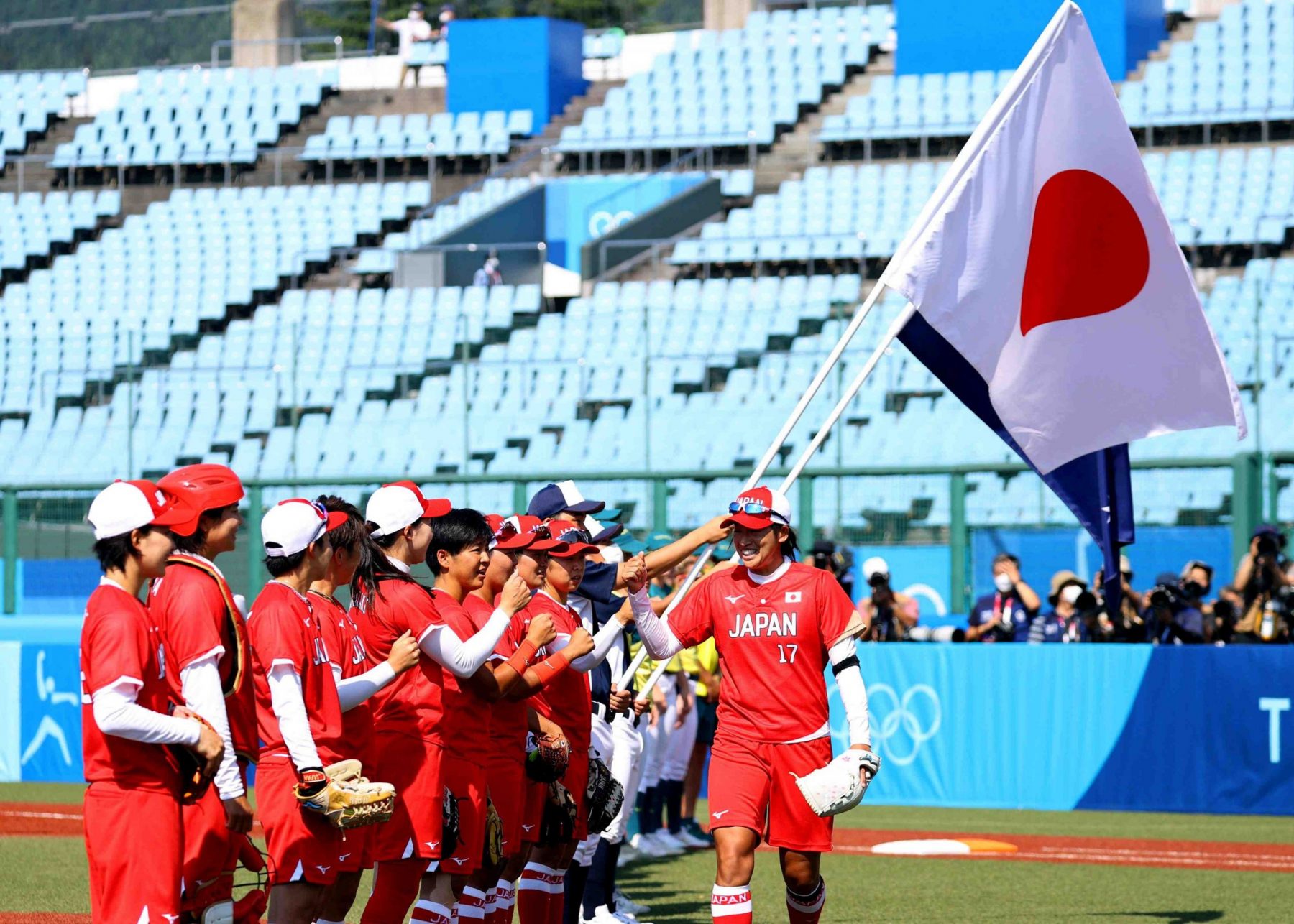 It was surreal to see the Japan women’s softball team back in action after nearly 13 years since its last game of consequence.

But there I was, lounging on my coach on Wednesday morning, July 21, to catch the action on TV. And for the reigning Olympic softball champions, it was their first “real” game since the gold-medal final showdown with the United States at the Beijing Summer Games in August 2008. (The IOC dropped softball and baseball from the Olympic program after Beijing, then restored both sports for the Tokyo Games.)

On the first day of action at the Tokyo Olympics, two days before the Opening Ceremony, Japan’s 8-1 rout of Australia by the mercy rule in five innings provided a jolt of excitement for the host nation’s fans.

There was synergy in their collective efforts and a competitive seriousness on the faces of Japan’s players from start to finish at Fukushima Azuma Baseball Stadium.

First baseman Minori Naito’s third-inning home run, a two-run blast, also unleashed a palpable sense of excitement in the ballpark. Naito rounded the bases with joy and shared the thrill of accomplishment with her teammates.

As much as the long ball (Japan bashed three home runs) highlighted the defending champs’ first game of the six-nation tourney, seeing ace Yukiko Ueno back on the pitching slab after a 13-year Olympic absence provided a real bookend to the sport’s return at the Tokyo Games.

Ueno led Japan to the title in 2008, and she remains the national team’s premier pitcher. No easy task after more than a decade.

After the victory was recorded and Team Japan had a moment to soak up the satisfaction of a successful start to its long-awaited championship quest, Ueno commented on what was going through her head during the game.

“All I felt was excitement before the game,” said Ueno, who struck out seven in 4⅓ solid innings. “Early on I was trying to not get ahead of myself and became too picky.

“So from the second inning on I just let go and stayed aggressive, relying on what I know. I just want to make sure I give these Games everything I have to offer, to the very last drop.”