‘Stay Safe, and Enjoy Japan!’: People on the Street in Tokyo Weigh In on the Olympics 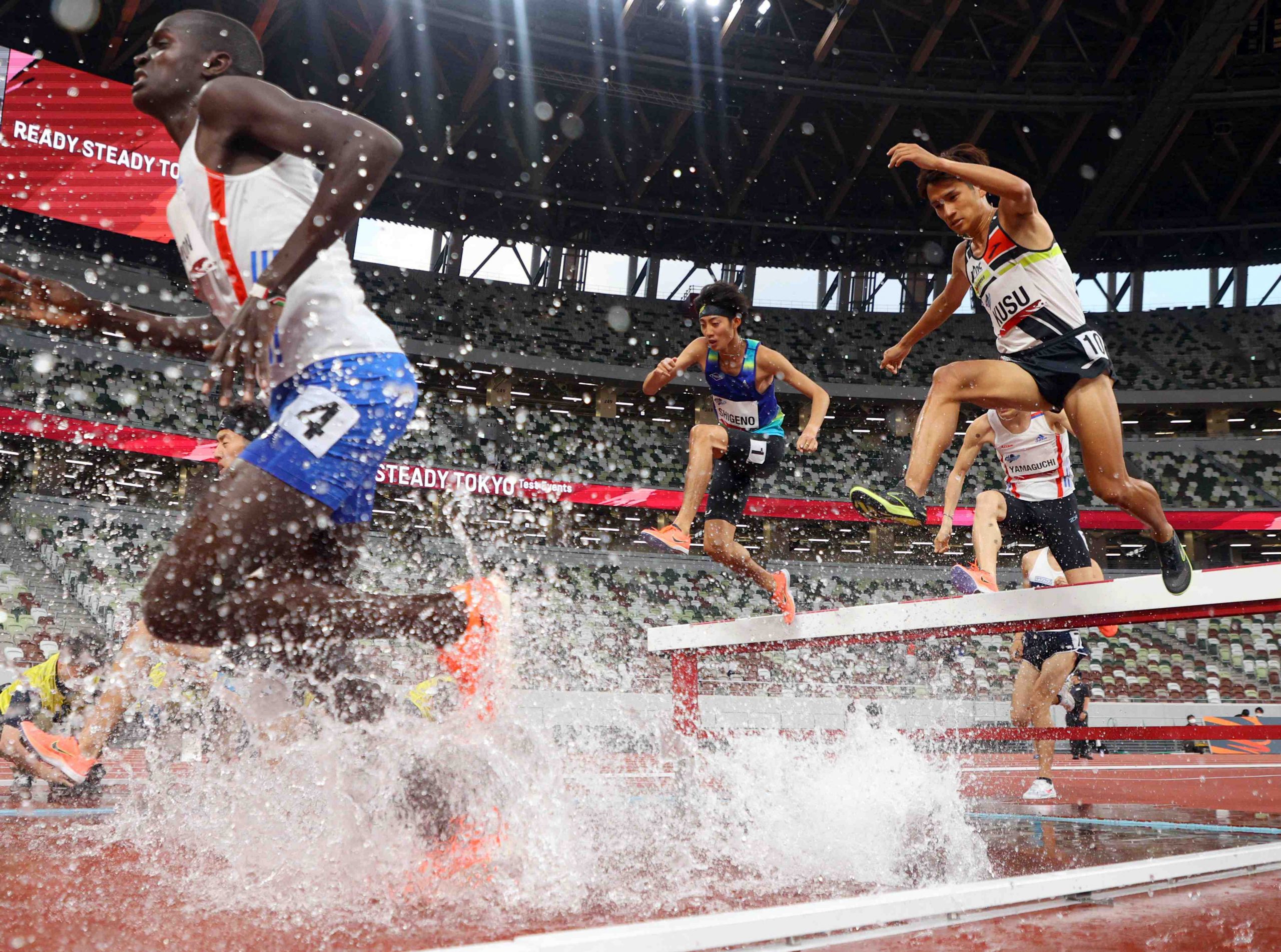 An Olympics trial track and field event at the New National Stadium.

Is there any interest in the Tokyo 2020 Olympic Games?

With the opening events of the Olympics in close sight, JAPAN Forward interviewed twelve people on the street to hear their opinions on the Games, from how they will be watching them, to the sports and athletes that they are particularly interested in.

Most of the people who responded said that they had only a minor interest in the Olympics. Some noted that the one-year delay has changed their level of interest. Others are just glad they are in Tokyo. In short, the topic was gathering so much attention, everyone had some sort of opinion on what they will be doing to follow the Olympic Games.

Here are some of their messages.

“[I’m] only interested in whether they hold the Olympics or not,” said Ryukei Murakami, an employee of a large company.

University student Shozo Ishii remarked that “Before the pandemic, I was quite interested in them. But now, I’m a little shocked that they are doing them and am not as interested in watching.”

Of the twelve people interviewed, seven said they would watch the Games on television. However, most said that they are only planning to watch if they happen to come across a broadcast, and are not making any special efforts to tune in.

Some Get More Involved

Among the people who are interested, the reasons that they are paying attention are greatly different from past Games.

Keren Louis Rudow, who lives and works in Japan, said that while in past years, she “had a general interest in the Olympics,” she believes that the “socio-economic impact of the Olympics this year is far more relevant to the average person because it reflects everything that’s going on.” She added that she would be more interested this year in “how they conduct [the Games], what happens, the aftermath, [and] the repercussions.”

Murakami, too, believes that his interest in the Games stems from the many issues surrounding it. “The Tokyo Olympics began with the problems with the logo, with the National Stadium, with the heat, and now the COVID-19 pandemic. It’s now somewhat difficult to genuinely enjoy the Games,” he explained, adding: “I have interest in the Olympics in a different way.”

On the other hand, the fact that the Olympics are being held in Tokyo has elevated the interest level for some Tokyoites. One person in Yoyogi Park who wished to remain anonymous recalled the 1964 Tokyo Olympics and that one of his friends was working at the park, which was the Olympic Village. His memory of the previous Tokyo Olympics contributes to his wish to cheer on this year’s Games.

A similar sentiment was voiced by students we talked to. Qualifying his comment up front by saying, “I don’t know if I will be really into it or anything,” college student Ciaran Ueda-Fitzgerald noted that “it will be cool having [the Olympics] in a place I actually know.”

Yui Hasegawa, also a college student who will be working during the Olympic Games in Yoyogi Park, brought up a key benefit of living in the same city: “​​there is no time lag, so I can watch it at the same time, and that’s big.”

A variety of sports were of particular interest to respondents, including swimming, baseball, rugby, and track and field.

Shuichi Nasu, who proudly commented that he turned 80 this year, is drawn to the sport for the same reason. “I used to do running nearly fifty years ago.” He finds track and field especially compelling, because “the style, physiques, and atmosphere of [the athletes] are very beautiful.”

However, he expressed his discontent that the men’s and women’s marathons will be held in Sapporo, Hokkaido. “After all, when they said they would do it in Tokyo, it’s a given that running would happen in Tokyo,” he said. “It shows the lack of practicality and irresponsibility of Japanese leaders. It comes down to that one word: irresponsibility.”

There were some overlaps between the individual athletes they follow, medal expectations and sports that respondents were interested in.

Both Fumitaka Sato and Souji Yoshida said they were interested in judo, with Yoshida saying he was particularly interested in judoka siblings Hifumi and Uta Abe, while Hiroko Ikenaga mentioned it as a sport she believed Japan would possibly win medals in.

Among other sports that people thought were Japan’s strengths were gymnastics, swimming, and karate. One respondent also expressed his affinity for swimmer Rikako Ikee.

Karate is one of the new sports being introduced this year, along with bouldering, skateboarding, surfing, and baseball and softball. Many respondents didn’t know which new sports were added for the Tokyo Games, but most expressed interest in them once learning what they were.

“I’m interested in bouldering. It’s difficult to enjoy without knowing the rules. I want to slowly build my interest in those sports,” said Miwako Abe.

“I think that’s awesome, and they should have done that a long time ago,” said Rudow, expressing her approval for the addition of the new sports, particularly skateboarding and surfing. “I think that all those sports are far more interesting to the younger generation, and relevant and socially impactful.”

Despite the ambivalence many people were feeling regarding the Games, it was striking to notice the warmth with which most respondents directed their message to foreign athletes coming to Japan.

While not personally afraid of catching the virus, Yoshida mentioned that he noticed many foreigners walking around in areas such as Harajuku and Aoyama, and that “I would feel bad if there were rumors blaming the foreigners for spreading the virus because they were walking around.”

There were also a variety of greetings to foreign athletes coming into Japan.

Ryukei Murakami’s message was: “Stay healthy and energetic! It will be good if you can enjoy Japan before returning home.”

For his part, Fumitaka Sato offered: “Everyone has worked hard in preparation for these Olympics, and although it is a tough situation right now and it’s difficult to practice, I wish for them to show their abilities and participate in the competitions without any regrets.”

Finally, Keren Louis Rudow directed her message to the visiting athletes by saying: “Stay safe, be careful, keep your mask on, follow social protocols, in that respect, but just try to enjoy Japan. Obviously you can’t have a full authentic experience in Tokyo that we all wish that you could have, but have a great time, and win for your country.”