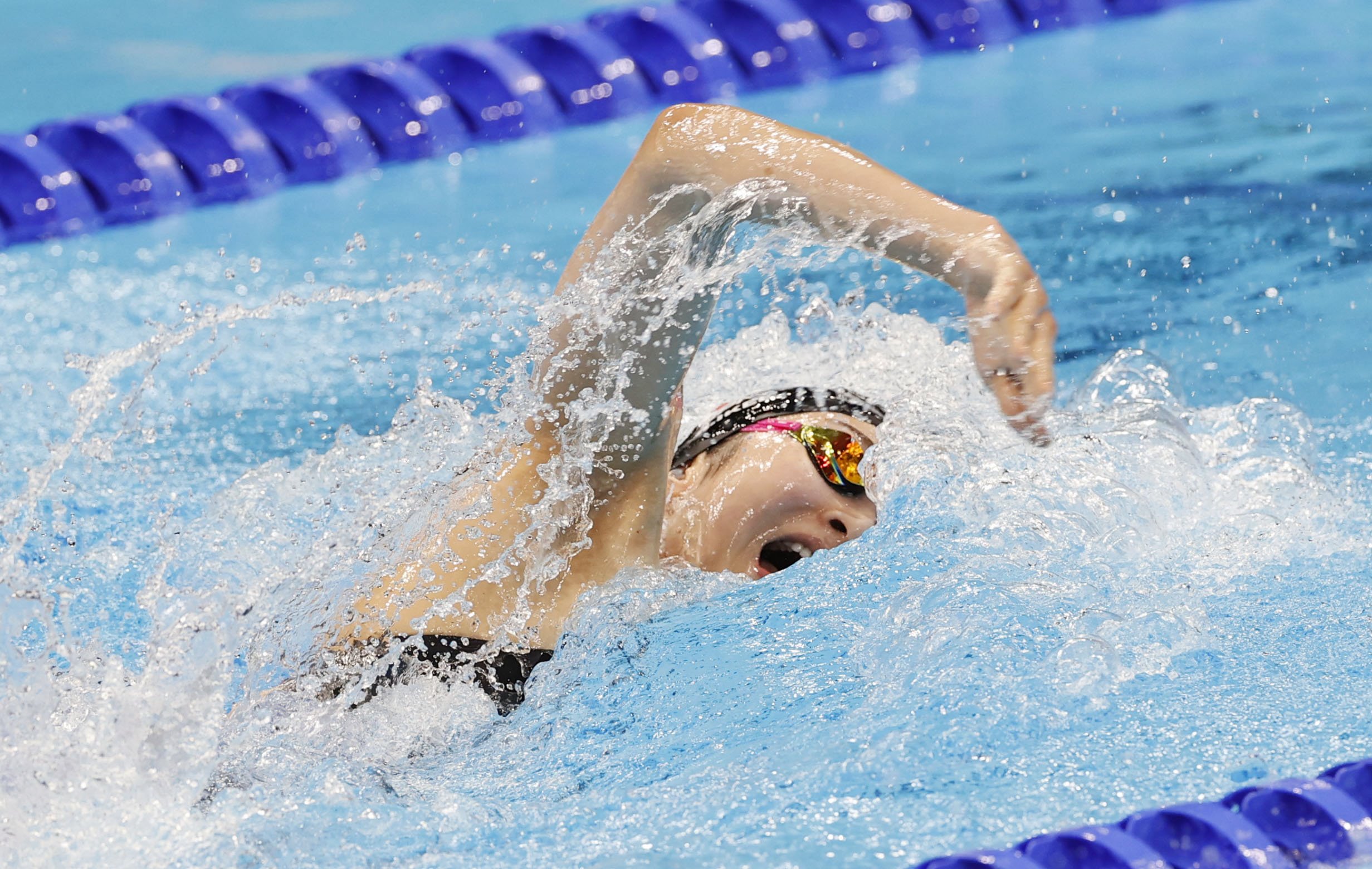 Rikako Ikee swims her leg of the women's 4x100-meter freestyle relay in qualifying heats on July 24 at Tokyo Aquatics Centre.

Instead, the vivacious 21-year-old leukemia survivor deflected the blame to herself, and you’ve got to admire that quality about her.

The Japanese quartet fell short of its goal of reaching the final the next morning at Tokyo Aquatics Centre.

Ikee’s post-race comments highlighted something that can often be overlooked in sports and other leisurely pursuits, careers or passion projects: enjoy the journey.

“[Leadoff swimmer Chihiro Igarashi] was having a really good race so I wanted to continue that, but I let the rivals open the gap after the turn,” Ikee was quoted as saying by Kyodo News on the first full day of Olympic competition at the Summer Games. “It’s also disappointing we could not achieve our aim of breaking the national record … But it was fun to take part with this team.”

She added: “Personally it was very pleasing to be able to stand on this stage.”

Indeed, Igarashi led off the race for Japan, followed by Ikee, Natsumi Sakai and Rika Omoto.

What Ikee didn’t point out, however, was the fact that she actually swam faster than any of her teammates during the relay.

Japan finished in ninth place out of 15 nations in the two qualifying heats with a time of 3 minutes, 36.20 seconds. Sweden claimed the eighth spot in 3:35.93. (Australia claimed the gold medal on Sunday in 3:31.73)

In sports, razor-thin margins, including for time differences, often make or break an individual’s chances of reaching the top, and Ikee and her teammates just weren’t fast enough to contend for a title.

But Ikee has shined a light on the joy of competition since launching her comeback last year from a well-publicized leukemia battle. Her effervescent smile and upbeat personality have attracted legions of fans and admirers.

Ikee made her Olympic debut at age 16 in the 2016 Rio Games and participated in four events.

Japan head coach Norimasa Hirai may decide to use other swimmers for the two relays.

Ikee supporters, though, would ー and should ー be delighted if she competes again at this Olympics.