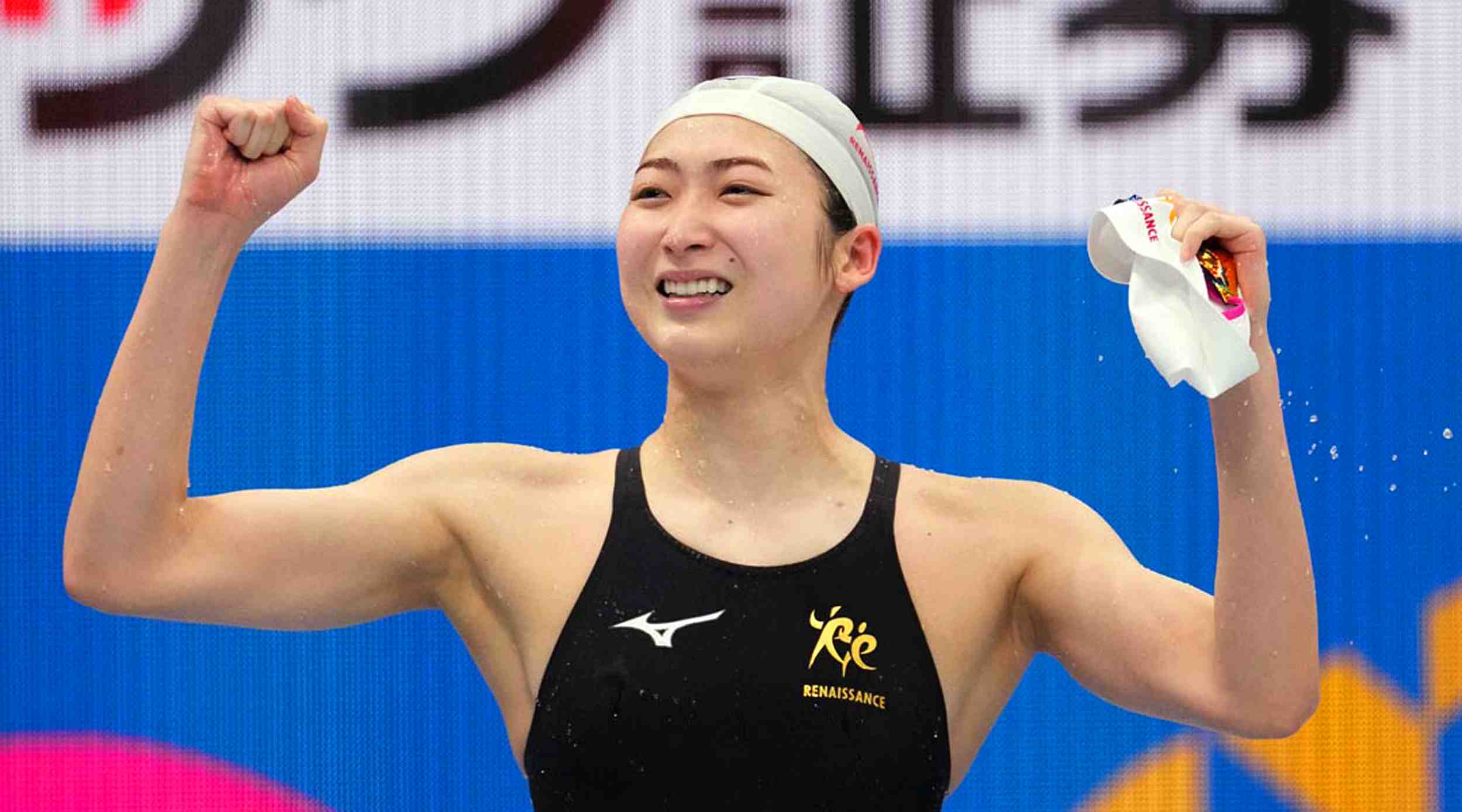 Ikee triumphed in the women's 100-meter butterfly final at the 97th Japan Swimming Championships at Tokyo Aquatics Center. Though she didn't qualify to represent Japan in that event at the upcoming Tokyo Olympics, the 20-year-old secured a spot on the host nation's 4x100-meter medley relay team.

The Nihon University student completed the 100 fly in 57.77 seconds but needed to be finish in 57.10 or faster based on the Japan Swimming Federation's requirement standards to automatically qualify for the event at the Tokyo Games. But Ikee met the JSF's medley relay qualifying standard for the 100 fly (57.92).


Ikee shed tears of joy after the race and during her emotional interviews with reporters.

“I was not expecting to win the 100 meters at all, and I was feeling far less confident than during the Olympic qualifiers five years ago,” Ikee was quoted as saying by The Associated Press.

“I thought I wouldn’t be able to win for a long time. But I trained hard to win. And, in the end, I came into the race telling myself I’m back. And so I feel that, even if you go through suffering and pain, your hard work will always be rewarded.”

The national championships began on April 3. The meet concludes on April 10.

The 2018 Asian Games MVP, who won six gold medals in Jakarta in August 2018, was out of the water for more than 400 days while battling leukemia.

In February 2019, she announced that she had been diagnosed with leukemia.

“It hasn’t really sunk in and I am in a state of confusion," Ikee wrote at the time on Twitter. "However, if cured properly it’s an illness from which one can completely recover.”

When a healthy Ikee returned to the pool in March 2020, regaining her fitness and world-class form were related challenges.

It was a big step for her, setting the stage for what would become a longshot pursuit of an Olympic spot. Publicly, Ikee declared she was focused on targeting her comeback for the 2024 Paris Olympics.

Ikee has regained 7 kg (about 15 pounds) since last summer., helping her regain her strength and stamina in the pool. She had lost 15 kg (33 pounds) during her battle with leukemia.


Competing at the Olympic trials is a source of joy for Ikee, whose bubbly personality was showcased during a lengthy interview on NHK's "Sunday Sports."

“I wanted to try to feel true happiness just being here,” Ikee said of competing at nationals, according to The Associated Press. “My teammates cheered me on, sending me off [to the race]. And so I am now filled with happiness.”

Ikee, who holds the women's 100 butterfly national record (56.08), qualified for the national championships by placing third (59.44) in the event at the Tokyo Open on February 20.

Before the meet wraps up this coming weekend, Ikee will also vie for a spot on the Olympic team in the 50- and 100-meter free, two races that she won at the Asian Games.

At the national championships, Ikee swam the 100 fly in 58.68 seconds, then improved to 58.48 in her semifinal heat on Saturday, April 3.

"I want to be able to get into the upper ranks [of finishers]," the 2010 Rio Olympic sixth-place finisher in the 100 fly told reporters after the semifinals. "As I said before, this Tokyo Olympics is not the main thing. I hope I can gain experience and swim faster than the semifinal."

After the semifinals, Ikee acknowledged she had room for improvement in the pressure-filled final.

"I didn't get the turns right in the semifinals and I thought there were areas to improve," she was quoted as saying by Kyodo News. "So I wasn't expecting to get below 58 seconds or the time needed for the relay, so I'm really happy."

Ikee took another big step in the 100 fly final. She exhibited strong closing speed after the midway point of the race. This helped her pass Ai Soma, who held a lead of 0.03 seconds at the turn. Ikee then built a cushion over speedy challenger Suzuka Hasegawa down the stretch. Hasegawa finished in 58.08 seconds, while Soma placed fourth overall.

What was Ikee’s reaction to what happened in the pool in the 100-butterfly final?

"A lot of emotions came flooding back," Ikee told reporters, according to Kyodo News. "I recalled the time when I couldn't win against anyone. At my first 100 butterfly back [in February], I thought it would take a long time to produce a good performance.”

Ikee continued: “I really feel happy [about making the Tokyo Olympics]. I'll aim to improve my time toward the Games, [and] so I can do better on that stage."

The Japan Swimming Federation website features an eye-grabbing motto on its landing page. "Catch the water, catch the dream," it reads.

For Rikako Ikee, returning to the water enabled her to chase her dream.

And it's one of the most uplifting stories in sports today.