Olympics 2020: They’re Singing National Anthems from Around the World, and Any Tokyo Resident Can Join! 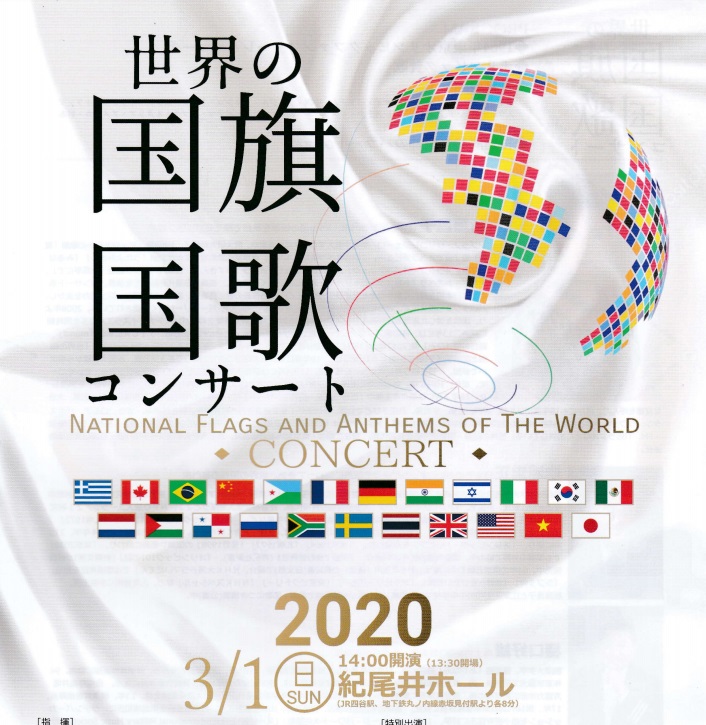 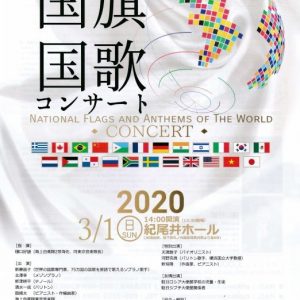 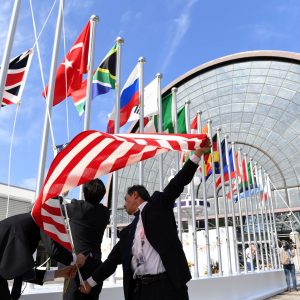 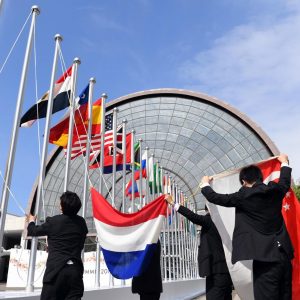 “Won’t you join us for a sing-along of national anthems from around the world before the 2020 Tokyo Olympics?”

Tadamasa Fukiura, organizer of the “National Flags and Anthems of the World Concert,” posed this invitation to Japanese and foreign national residents of Tokyo when he spoke to JAPAN Forward in early August.

The concert, which will include professional musicians as well as interested members of the public, will be held at the Kioi Hall in Tokyo on March 1, 2020.

The aim of the concert is to strengthen international amity and heighten the mood in the lead-up to the upcoming 2020 Tokyo Olympics and Paralympics, according to Mr. Fukiura.

Stellar Lineup of Anthems and Musicians

Masako Shindo, a soprano who is widely known for her ability to sing the national anthems of over 75 nations in their original languages, has agreed to perform at the concert. She will be joined by violinist Atsuko Tenma, baritone Katsunori Kono, and composer and pianist Takashi Niigaki.

The Japan Maritime Self-Defense Force (JMSDF) Tokyo Band, led by 2nd Lieutenant Commander Yoshio Higuchi, conductor, will be performing the Olympic Fanfare and March for the 1964 Tokyo Games. The JMSDF band’s chorus also will be singing the Olympic Hymn and various national anthems.

Flags of the World in the Tokyo Games

Tadamasa Fukiura, world national flag specialist and advisor for the International Bureau of the Tokyo Organizing Committee of the 2020 Olympic and Paralympic Games, will be the master of ceremonies and narrator of the event.

Mr. Fukiura, who also serves as the concert’s sponsor representative, was in charge of the Olympic flags for the 1964 Tokyo Games. He has been campaigning to increase public awareness and teach children about the national anthems and flags of the world ever since.

Now he is calling for the participation of foreign nationals living in Tokyo in the March 1, 2020, sing-along event and hoping for a mix of many nationalities.

“[The] Olympic and Paralympic Games are not just festivities, but are wonderful opportunities for people to learn about and encounter different cultures from around the world. I would be delighted if, by singing various national anthems together, Japanese and foreign nationals can get to know each other and further expand cultural relations,” Mr. Fukiura told JAPAN Forward. 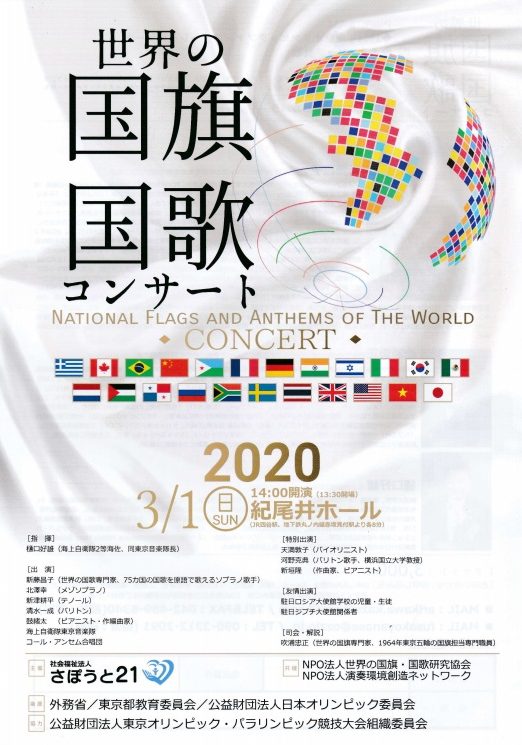