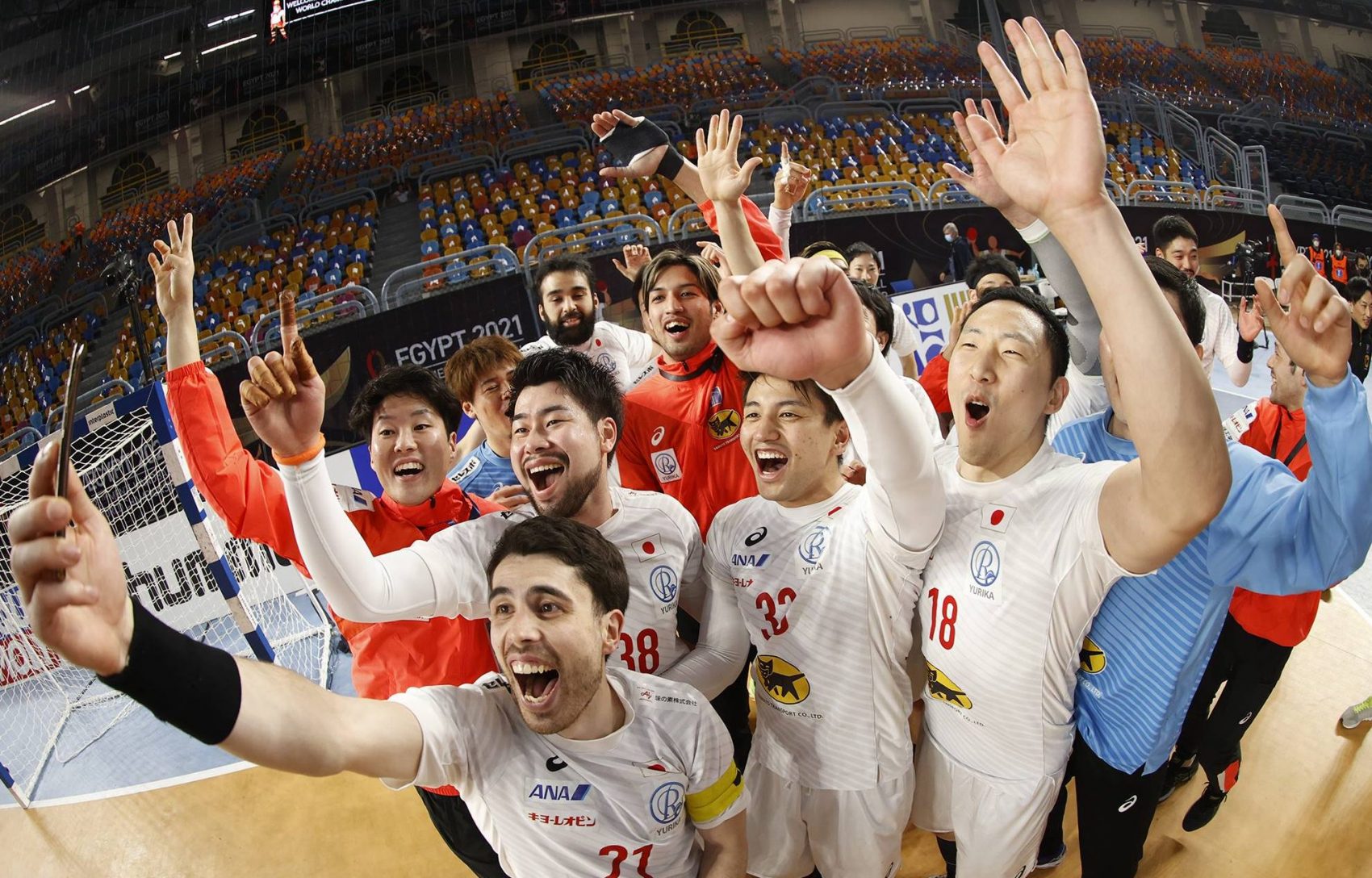 Japan captain Remi Anri Doi is hoping his presence on social media will help raise the profile of handball ahead of the Tokyo Olympics, where the host nation will make a much-anticipated return to the sport.

Born in Paris, the 31-year-old Doi moved from France to Japan at the age of 3. It was in his mother’s homeland that he discovered his passion for handball.

With 2.3 million followers on his TikTok account, Doi, who plays left wing, is reaching a whole new audience as Japan prepares for its first Olympic appearance in men’s handball since 1988.

“I realized that people outside of handball are just interested in me and are trying to get to know me,” Doi said in a recent interview with the International Handball Federation. “I was thinking that when they find out that I am a handball player, maybe they will come visit a match and get in contact with handball.”

While most of his videos have a humorous side, some do feature his considerable handball skills.

After playing in high school and at Nippon Sport Science University, Doi’s career almost came to an end when he suffered a knee injury at the age of 22, temporarily sidelining his career.

“I suffered from cartilage damage in the knee and my doctor told me that I can play, but that he did not know for how long, and that I might have to consider ending my career,” Doi recalled. “Continuing with the amount of training for a long time didn’t seem to be possible and that’s why I decided to end my career.”

The injury was something of a wake-up call for Doi. Up until it occurred, handball was all he focused on, so he decided it was time to broaden his horizons.

He moved to France, his father’s home country, looking for new challenges. But after arriving in the country, his knee healed and he joined club team Chambery Savoie Mont Blanc.

“Honestly, I don’t have an explanation for that, it just happened like a miracle,” Doi said. “But having handball back in my life was just incredible. It was the fastest training I’ve ever experienced, I still can remember that day as if it had been yesterday.”

With his presence on TikTok firmly established, Doi may be the most popular handball player in Japan since Daisuke Miyazaki, who became known for appearances on the popular TV series Sasuke in which athletes navigate challenging obstacle courses.

Doi joined the Japan national team in 2015 and played in his first World Championship in France in 2017. He sees the Olympics as a golden opportunity to ignite greater interest in the sport in Japan.

“The Olympic Games are a chance to attract more people to handball as people might cross paths with our sport for the first time,” Doi stated. “It would be great to show them a good performance and to get more fans in Japan.”

Twelve teams will contest both the men’s and women’s events in Tokyo.

Teams will begin in the group phase with the top eight teams progressing to the knockout stage.

Japan is in Group B with 2019 men’s world champion Denmark, Sweden, Portugal, Egypt and Bahrain.

Japan Women Back in Olympics for First Time Since 1976

As long as the wait has been for the men, Japan’s women’s handball team will be making its first Olympic appearance since the 1976 Montreal Games, when the sport made its debut.

The women’s team, which also qualified as hosts, will get a tough opening match against world champion the Netherlands, which won the 2019 IHF Women’s World Championship in Kumamoto.

Since being appointed in June 2016, Kirkely has been working hard to make the team more competitive at the international level and it finished 10th out of 24 teams in Kumamoto.

Japan is in Group A with Angola, South Korea, Norway, Montenegro and the Netherlands.

“There is no easy match for Japan in the Olympic Games, but one of our strengths is that when we play against the best, we create our best handball,” Kirkely said.

“It is important that we keep to our own playing style and our own playbook because they are created against our opponent teams who are not used to how we play. We have good possibilities.”

Handball will be played at the iconic Yoyogi National Stadium which was constructed to stage aquatics and basketball at the 1964 Games.

The only non-European country to win a medal in men’s handball is South Korea, which won silver at the 1988 Seoul Games. South Korea has been a perennial contender in the women’s competition, winning six medals including gold at Seoul and the 1992 Barcelona Olympics.