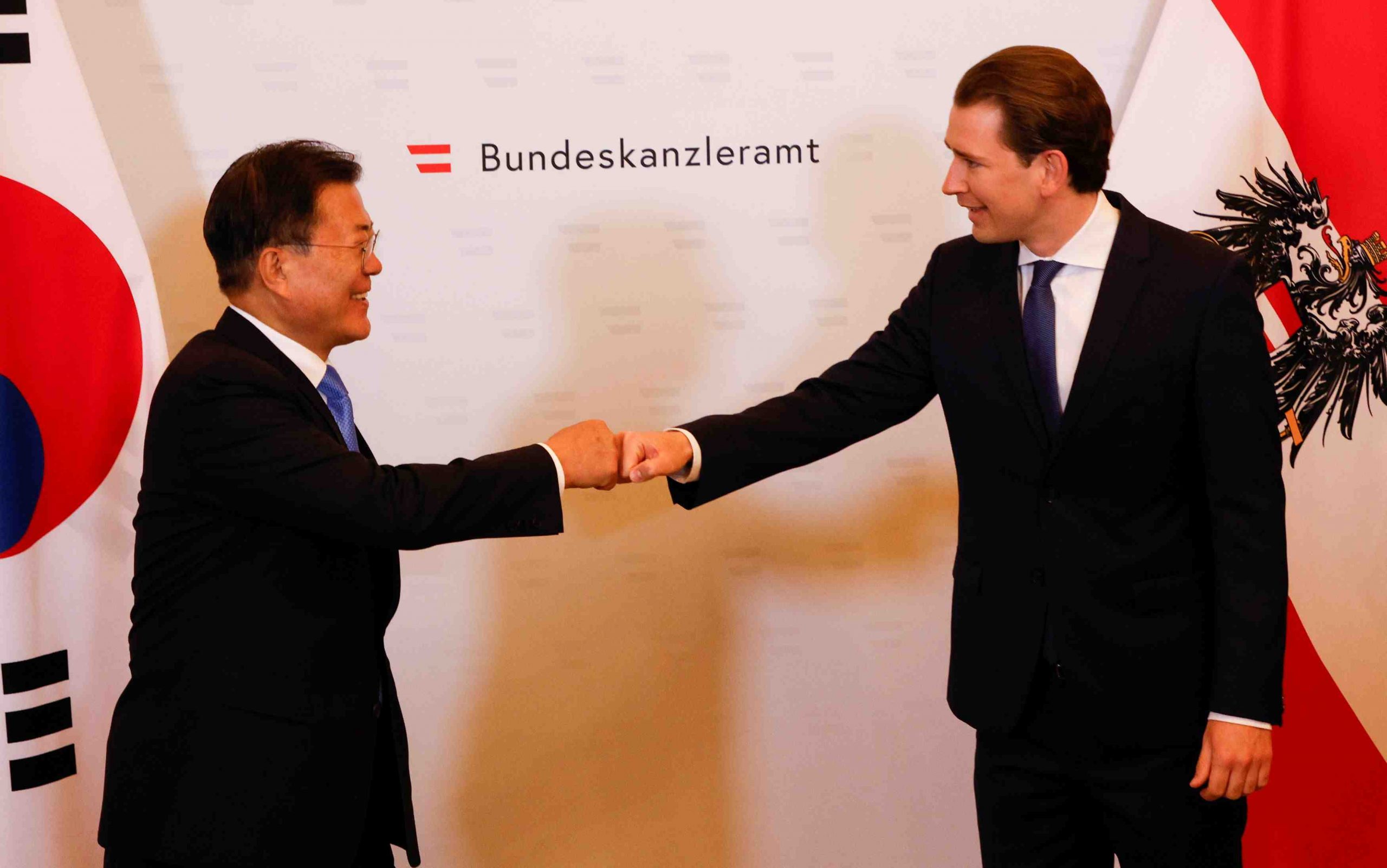 Shortly after attending this year’s G7 summit in the UK, President Moon Jae In visited Austria.

It was the first such visit to Austria by a South Korean president. Moon met with Austrian Chancellor Sebastian Kurz, and also talked to a German pharmaceutical company, asking them for help on COVID-19 vaccine development.

Nothing of huge interest happened, but then a blunder. Instead of posting the Austrian flag next to the South Korean flag on Instagram, the Blue House – Moon’s official residence and office – posted the German one.

Austria was annexed into Nazi Germany in 1938, just before World War II. It became independent in 1955 following a ten-year period of Allied occupation starting in 1945.

It is surprising that South Korea appears to be unaware of the history of Germany and Austria, and that it chose to post the German flag instead of the Austrian one.

The South Korean media were critical, saying: “This is the same as the Austrian government posting the Japanese flag instead of the South Korean one.”

There was also concern about South Korea’s ignorance, disregard, and indifference about history – a subject that should have been discussed during Moon’s visit.

After all, the two countries have historical links. For example, South Korea’s first president, Syngman Rhee (1875-1965), was married to a woman called Francesca, who was originally from Austria.

The pair met during the era of Japan’s colonial rule, with Francesca later being referred to as “Empress” in South Korea.

South Korea and Austria share this historical connection. Yet, it seems that Moon did not mention this bond to Kurz during his visit.

No doubt the liberal, left-wing President Moon wanted to avoid mentioning the pro-U.S./anti-communist Syngman Rhee era – an era that saw South Korea fight back against a North Korean invasion.

More importantly, South Korea needs to realize that Austria, similar to South Korea itself, underwent division and occupation by the Allied Powers after World War II. But eventually became a unified, independent, and neutral nation.

It was a very different outcome to that on the Korean peninsula, where people of the same ethnicity ended up going to war against each other (north vs south).

At that particular time in history, U.S.-Soviet tensions were worse in Europe than in Asia, and there was the threat that Austria might be broken up. But in the end, the country stayed together due to a strong sense of unity.

The country decided not to blame its problems on others. Instead, it maintained unity through political agreement, and ultimately achieved independence.

In South Korea, they often say that Japan “should learn about Germany.”

After Austria became independent, it apparently expressed regret and apologized for what happened during the Nazi annexation era. There were anti-Nazi movements in Austria, but Austria did not build on this to present itself as a victorious nation in the same way that South Korea has, because it was clear that Austria was part of Nazi Germany.

South Korea, which was once part of the Japanese Empire, has a similar history to Austria in this sense. Which makes one wonder why Austria and South Korea have followed such different paths after gaining independence and freedom.

South Koreans seem to be generally interested in history. It would appear that South Korea missed a good chance by not speaking to Austria about its historical experiences during this latest visit.

RELATED: Remembering the Korean War: Japanese Blood Was Shed in the Defense of South Korea