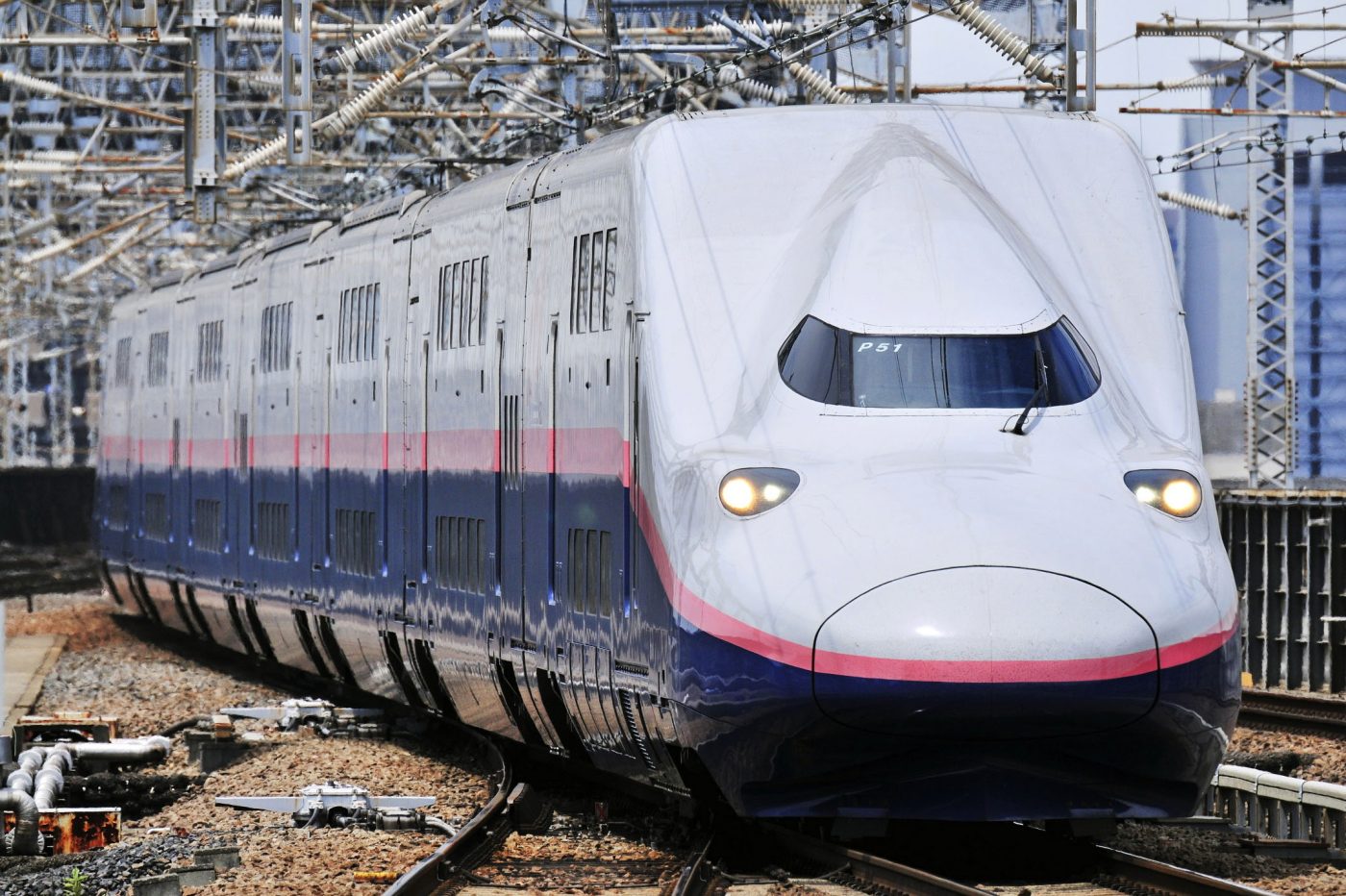 Minami Uonuma in Niigata Prefecture is one of Japan’s leading rice producers. Through its golden paddy fields, where the rice is ripe for harvest, the Joetsu Shinkansen runs smoothly, offering exceptional autumn views from its second-floor windows.

The first double-decker shinkansen emerged in 1985 during the Japan National Railways era, starting with the partial double-decker 100 series running on the Tokaido and Sanyo Shinkansen lines.

According to JR East, the E4 series began operating on the Tohoku Shinkansen line in 1997. Currently, nineteen E4 trains, also known as “Max Toki” and “Max Tanigawa,” operate each day on the Joetsu Shinkansen line running between Tokyo and Niigata.

The 16-car shinkansen has a capacity of 1,634 passengers, which is the world’s largest capacity for a high-speed train. In the winter, the trains are often filled with skiers heading to Gunma or Niigata prefectures.

While the upside of double-deckers is their passenger capacity, their weight and air resistance make it difficult to achieve higher speeds. This led JR East to decide that the E4 series should be replaced with the latest model, the E7 Series.

The trains were originally scheduled to be replaced by the end of the 2020 fiscal year. However, the E4 Series’ retirement was extended because the shinkansen rail yard in Nagano City was flooded by Typhoon Hagibis and several flood-damaged E7 trains had to be scrapped.

The double-decker shinkansen will be sorely missed by railway enthusiasts like Hiroyuki Sakurai, a 60-year-old part-time farmer from Uonuma, Niigata Prefecture. “It’s sad to see the end of an era,” he said.

“I was so excited when I rode on the second level for the first time. I hope there will be another such exciting train.”


(Read the Sankei Shimbun report in Japanese at this link.)