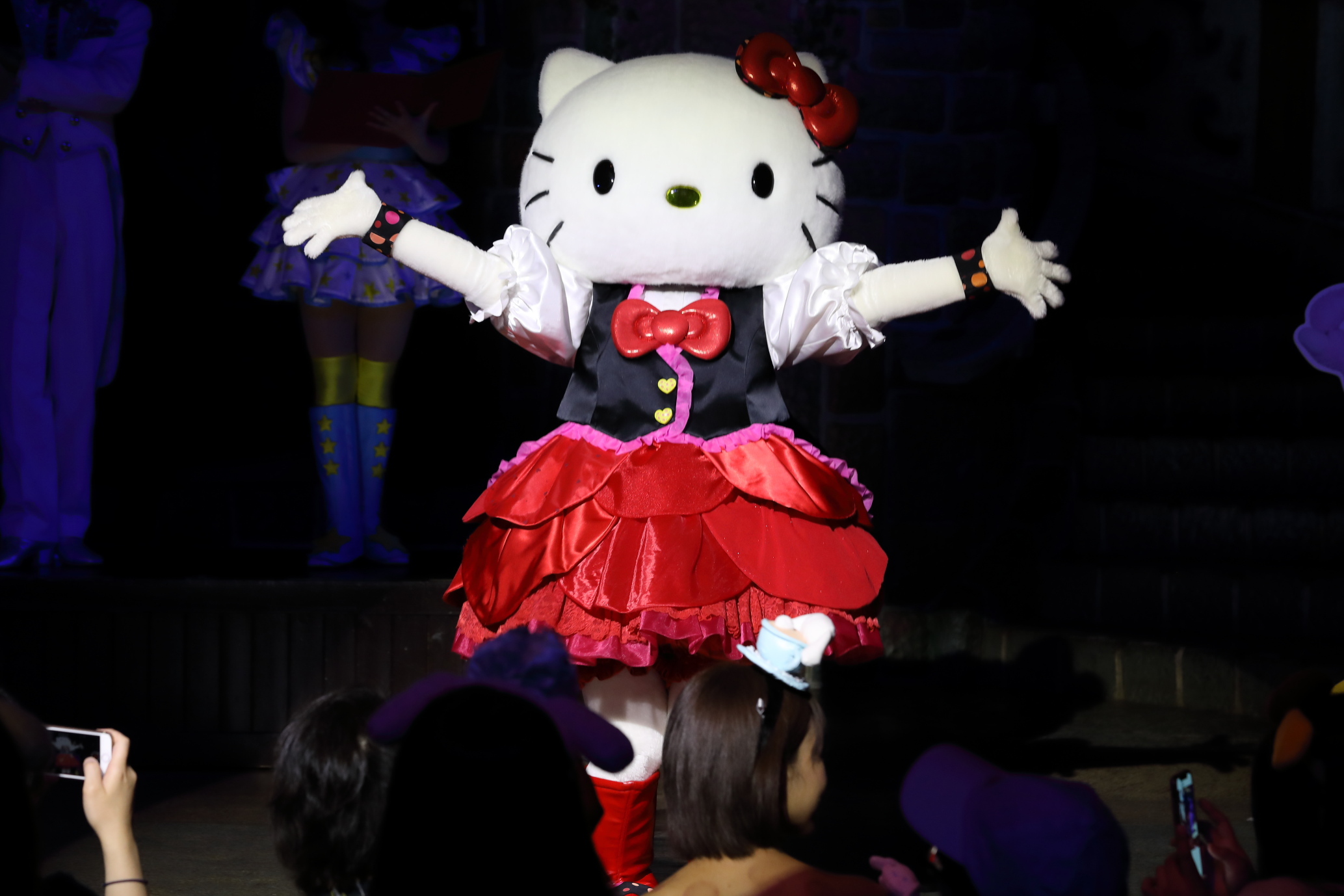 The 60th Anniversary Sanrio Exhibition celebrates just that: the 60th year anniversary of Sanrio. Then it goes the next step, to review the path the company’s taken and show the future of its driving concept, kawaii.

Using precious designs and goods, this exhibition teaches the beginnings of Sanrio as the company, and how it “developed” its cute kawaii characters.

Traveling to Oita where the exhibition first opened to the public, JAPAN Forward took the opportunity to learn the history of Sanrio, and what it was pursuing with its audience through this exhibition.

Below are some of the reasons why you, too, should go to this exhibition.

A Revolution in Values for Girls – and Boys

Before Sanrio in 1960, as Oita Prefectural Museum curator Munakata Shinsaku explains, there was the Yamanashi Silk Center. As its name suggests, the company dealt in silk products which were produced in Yamanashi Prefecture. In fact, the company produced a variety of small articles, but had nothing to do with the character business.

One day, the head of the company found a product with very kawaii (cute) pictures of strawberries. Shintaro Tsuji felt there was something special in this, and was determined to pursue the idea. Then, under his direction, the Yamanashi Silk Center started to sell products, such as small sundries, with strawberry designs. And they sold better than any other products the company had marketed.

Because Tsuji was a businessman and focused on success, he put the cute strawberry pictures on different products. But in the beginning, it was only the illustrations. He used them, he said, because he thought the designs would make the buyers or gift recipients feel happy.

Tsuji’s business sense made him realize the importance of kawaii. And he came up with an idea to put kawaii characters on Yamanashi Silk Center’s products, instead of strawberries or other fruit.

At first, he got rights to use foreign characters, such as Snoopy (from the series, Peanuts). But it was not enough, and Tsuji realized the company needed to have its own characters that are more kawaii than any others to beat their business rivals.

Building on this realization, in the early 1970s the company changed its name to Sanrio, and started creating it’s very early characters, including Hello Kitty.

Hello Kitty and Her Revolution.

Hello Kitty has now become one the most famous characters in the world. But why is that?

In the 1980s, after Hello Kitty gained wide popularity, the character industry declined. People were getting bored of characters, and Sanrio was no exception.

Hello Kitty and her allies, however, changed, infantilizing themselves. They developed bigger heads and eyes, simpler and clearer looks. This enabled them to wear clothes and made designs more flexible.

Thanks to this metamorphosis, they started to collaborate with other characters, products and themes. And their collaborations resulted in a revolution of values.

Hello Kitty made kawaii more than just cute. Sometimes it was cool, sometimes cute, sometimes both. Sometimes, it was something else entirely.

Hello Kitty fit in with the modern values that rebelled against stereotypes, especially those that said a grown woman had to be sexy. Everyone ー girls, boys, men and women ー could enjoy what they want. 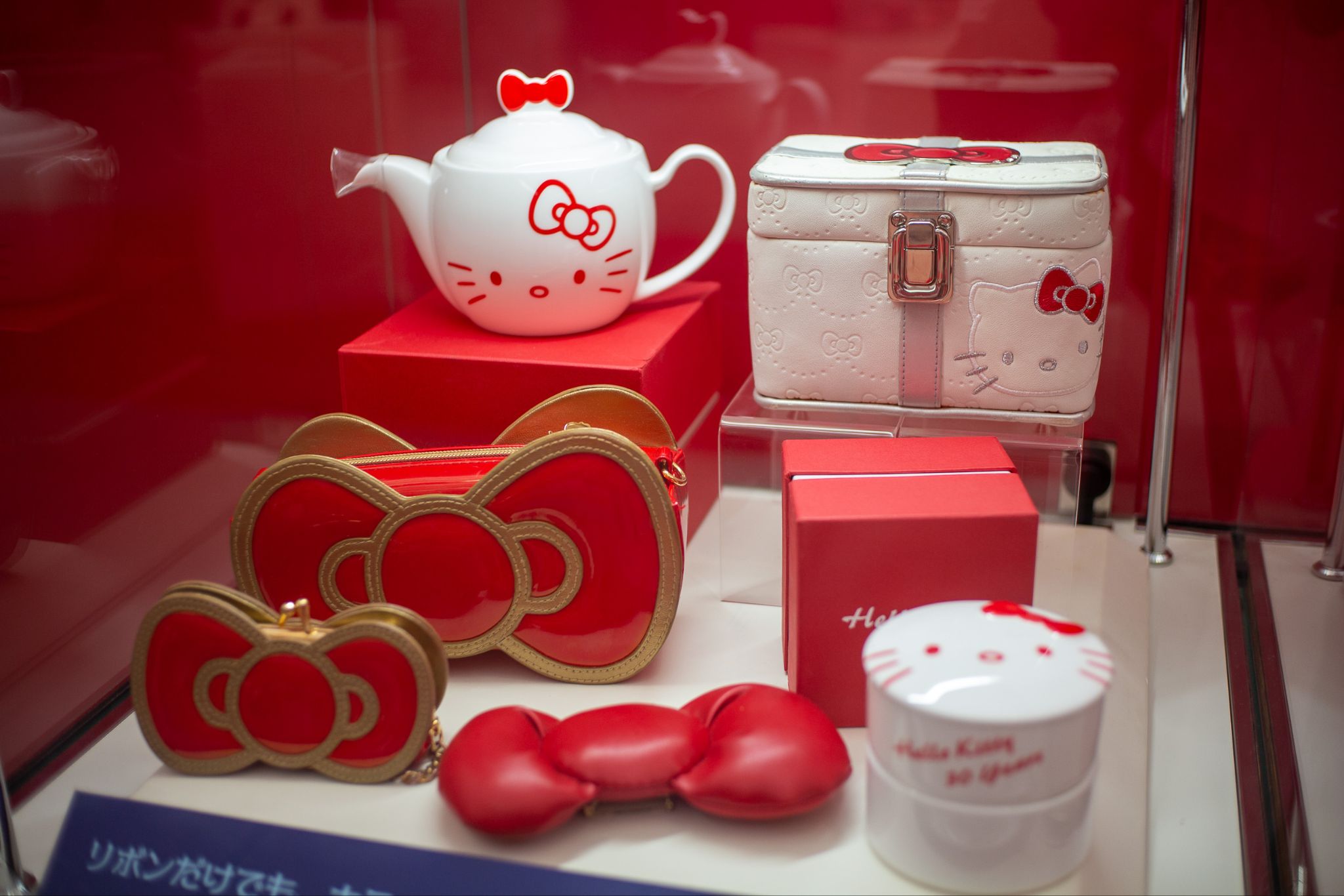 In the 1990s, many celebrities in Japan, including male adults, showed off their Hello Kitty items on TV shows.©Sanrio 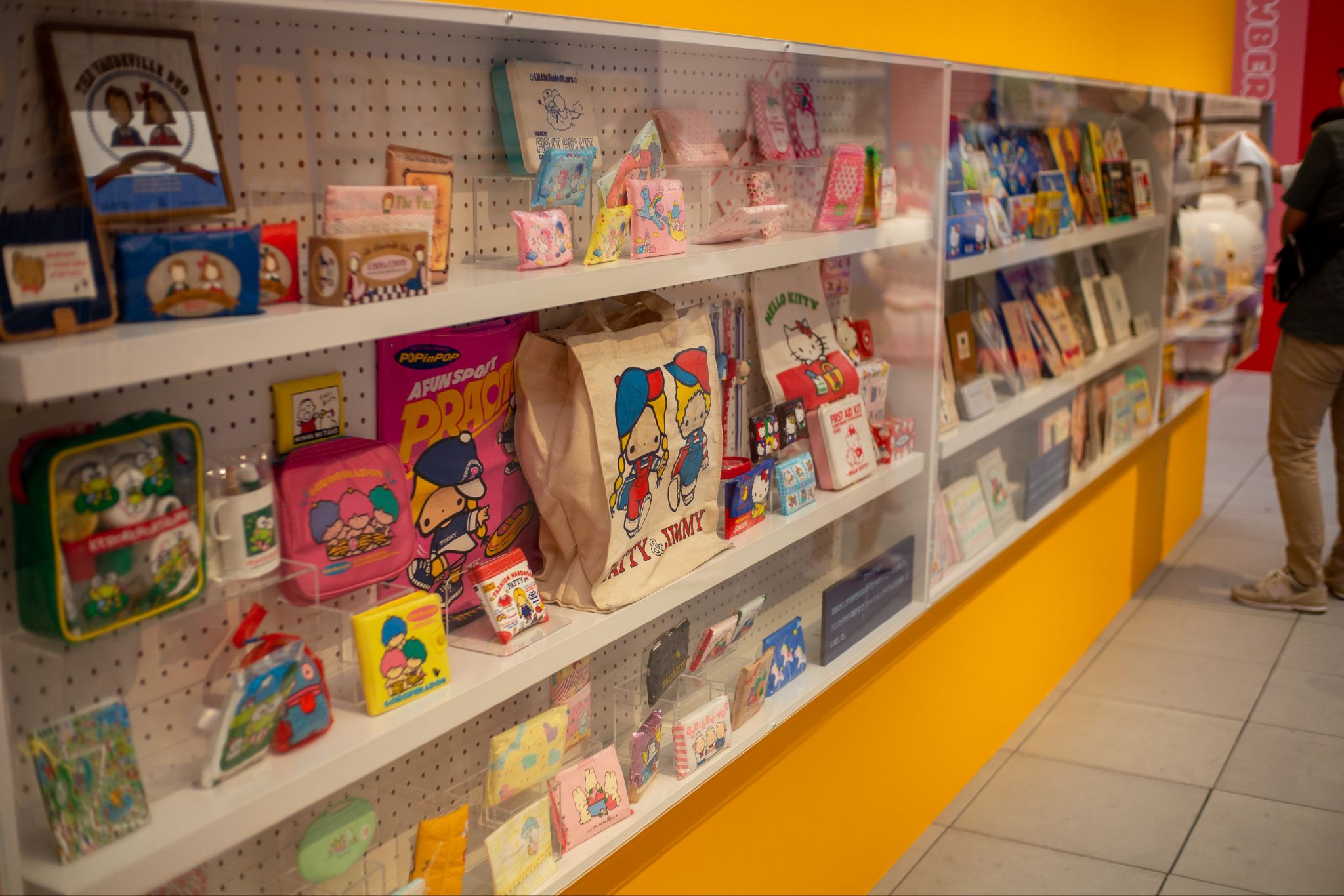 In schools, both male and female children could be found carrying at least one Sanrio item.  ©Sanrio

Then, in the 2000s, foreign celebrities such as Lady Gaga wore Hello Kitty.

Sanrio’s passion for kawaii is marvelous. Of course, that it makes profits for the company is one reason Sanrio continues it. After all, it’s a business.

But the main reason for the company’s investment in characters has not changed since Sanrio founder Shintaro Tsuji, put small pictures of strawberries on his products: To make people happy. Taking it the next step, Tsuji hoped that happiness would lead to the elimination of war and make the world peaceful.

This is the ultimate goal of Sanrio, and the mission of Hello Kitty.

In the last section of the exhibition, the curators talk to visitors about the future of kawaii and the Sanrio mission. To tell you the truth, this article doesn’t do justice in conveying the appeal of the exhibition.

The exhibition is designed entirely by Sanrio. Everything in the exhibition, including the walls, lights and atmosphere are cute. The exhibition can be said to be the work of the curators in the Sanrio style.

I really wish as many people visit this exhibition as possible, and experience the concept of kawaii.

If you know the path and the mission of Hello Kitty, it will change the way you look at her, and Sanrio, and perhaps the world.

What: 60th Anniversary Sanrio Exhibition: The Beginning of Kawaii (Tokyo)

Tickets: Ticket prices vary depending on age, day of the week and whether the ticket is purchased ahead of time or on the day of visit. Ticket prices for advance purchase:

Special thanks to the Oita Prefectural Art Museum, and curator Munakata Shinsaku, who provided assistance while the Sanrio at 60 exhibition was available to the public before journeying to Tokyo.