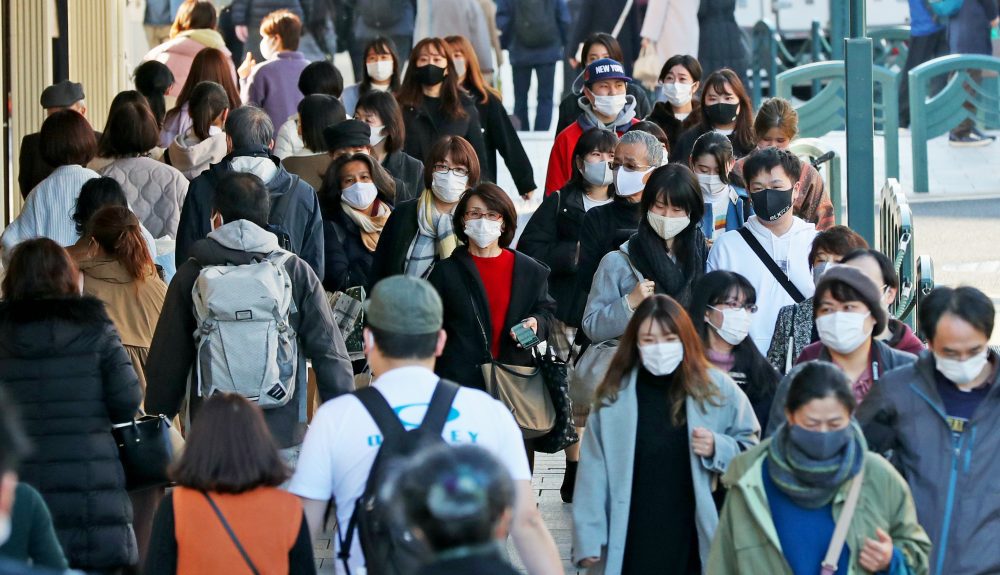 As Japan entered the last ten days of 2020, there was a growing sense of urgency among the scientific community regarding the nationwide rise of COVID-19 cases.

And experts are calling the Japanese people and the government to action.

On December 22, the head of the Tokyo Medical Association, Haruo Ozaki, called on the government to send a “clear message to the people”, as the medical system was reaching the breaking point and the only choice was “to decrease the number of new infections.” To punctuate his point, he added, “It’s now a possibility that we will reach 1,000 new infections a day by the end of the year.”

One day earlier on December 21, the head of the Japan Medical Association, Dr. Toshio Nakagawa, led a press conference in affiliation with nine other medical-related organizations and declared a “medical state of emergency”

All of this came as Japan topped 200,000 total infections on December 20, doubling the nationwide figure in less than two months. Moreover, on December 22, the number of nationwide deaths since the start of the pandemic surpassed the 3,000 mark.

The government temporarily suspended the travel industry stimulus “GoTo” campaign nationwide, from December 28 to January 11, and in other select areas like Tokyo, Osaka, Nagoya and Sapporo from December 14.

On December 21, the government COVID-19 subcommittee held a separate press conference, at which experts explained the latest findings related to the spread of infection in Japan.

Dr. Shigeru Omi, the head of the committee, expressed urgency, saying that the spread of the virus was showing no signs of stopping.

“In Hokkaido, we can see some level of decrease. But in places like Tokyo, it seems that the movement of people is not decreasing, and rather than a decrease in infections we are seeing an increase.”

Tracing the Source of Infections

One major cause of worry was that from the data it appeared that the virus is no longer spreading in public places. Now the virus is spreading among people between 20 and 50 years of age in households and assisted living homes, putting the most vulnerable members of the population at risk. Dr. Omi also explained that tracing infections was rapidly becoming more difficult, as for example in Tokyo “in more than 60 percent of cases the route of infection was unknown.”

However, despite the increasing difficulty in tracing the infections, Dr. Omi didn’t beat around the bush about the assumed cause of the increase, pinpointing eating out as a major cause.

“Following the trend we have seen up to now, it’s thought that the increase is due to eating out,” he said.

Many of Dr. Omi’s suggestions were related to this aspect. He called on Tokyoites to avoid eating out, to avoid large groups, to put a napkin in front of their mouth when they eat, and in general avoid end of year and New Year parties, which are typical throughout the country at this time of year.

We need the government to work together with experts to come up with what would be the most effective plan to pass the message to the people… Taking slowly small steps like decreasing the operating hours from 10 P.M. to 8 P.M. is not going to be enough.

To Call or Not to Call a State of Emergency?

Dr. Omi said, however, that the committee deemed that it was not yet necessary for the government to take further action at this point, stating, “On whether it’s necessary to call a state of emergency, I would say it’s not.”

Any declaration of a state of emergency falls under special provisions of the laws on infectious diseases, which give the government authority, for example, to ask businesses to close their operations.

However, Dr. Omi did show his concern about people’s behavior over the coming weeks, saying:

It is clear the medical system will be under even more stress if the current situation continues. Taking countermeasures to decrease the spread of infection by eating and drinking out is key. If we can control this key aspect, we think it is possible to bring infections under control towards the end of the year.

The same day at the headquarters of the  Japan Medical Association the chairman Dr. Toshio Nakagawa called it a “medical state of emergency” to bring attention to the dire situation in hospitals around the country.

“Japan’s world-class medical care system is on the brink of collapse”, said Dr. Nakagawa.  He continued:  “Even in the harsh medical field, I would like people to think about the seriousness of the situation, and take all the measures you can take now [to curtail the virus].

Dr. Nakagawa himself also refrained from demanding that the government call a state of emergency, but urged consideration of effective measures going forward:

Calling a state of emergency nationwide has to do with businesses. It’s the job of the government to decide what steps to take regarding the ‘medical state of emergency’. I would like Prime Minister [Yoshihide] Suga to express his will to overcome this crisis.

The head of the Japan Hospital Association, Takao Aizawa also called for firm action, describing the situation in hospitals:

Although we have been doing our utmost to support the medical system, if the cases increase any more, all those efforts will have been in vain. I would like the government to take the lead and implement policies to restrict the movement of people.

On the government side, in an appeal to the people of Japan on the evening of December 22, the Minister of Health, Labor and Welfare Norihisa Tamura asked once again for the cooperation of businesses while encouraging telework and staggered working hours.

On December 21, Minister of Economic Revitalization Yasutoshi Nishimura said that the central government was working closely with local governments to form an appropriate response.

I would like to ask the people to cooperate again with regard to eating and drinking out, including year-end parties and New Year’s parties, and carefully reconsider returning home during the holidays. Regarding the local response, we are working with governors, but we would like to work more closely than ever before going forward.

The Status of Infections in Tokyo

Responding to the situation, Tokyo Governor Yuriko Koike held a press conference on December 21 asking everyone to spend a quiet New Year’s holiday at home, with a strong appeal to the public:

This is not the time to think ‘I am tired of COVID-19.’ I need everyone to prioritize protecting their lives, and therefore ask everyone to avoid unnecessary outings and whenever possible, to stay home.

Governor Koike announced that, thanks to the cooperation of the railway companies, train operations will operate on a workday schedule on the night of December 31, and therefore not make use of extended working hours as has been the norm on the last night of the year. This measures  to deter those wanting to attend temples and parties with the new start of the year. She stopped short of asking for further closures on restaurants, however.