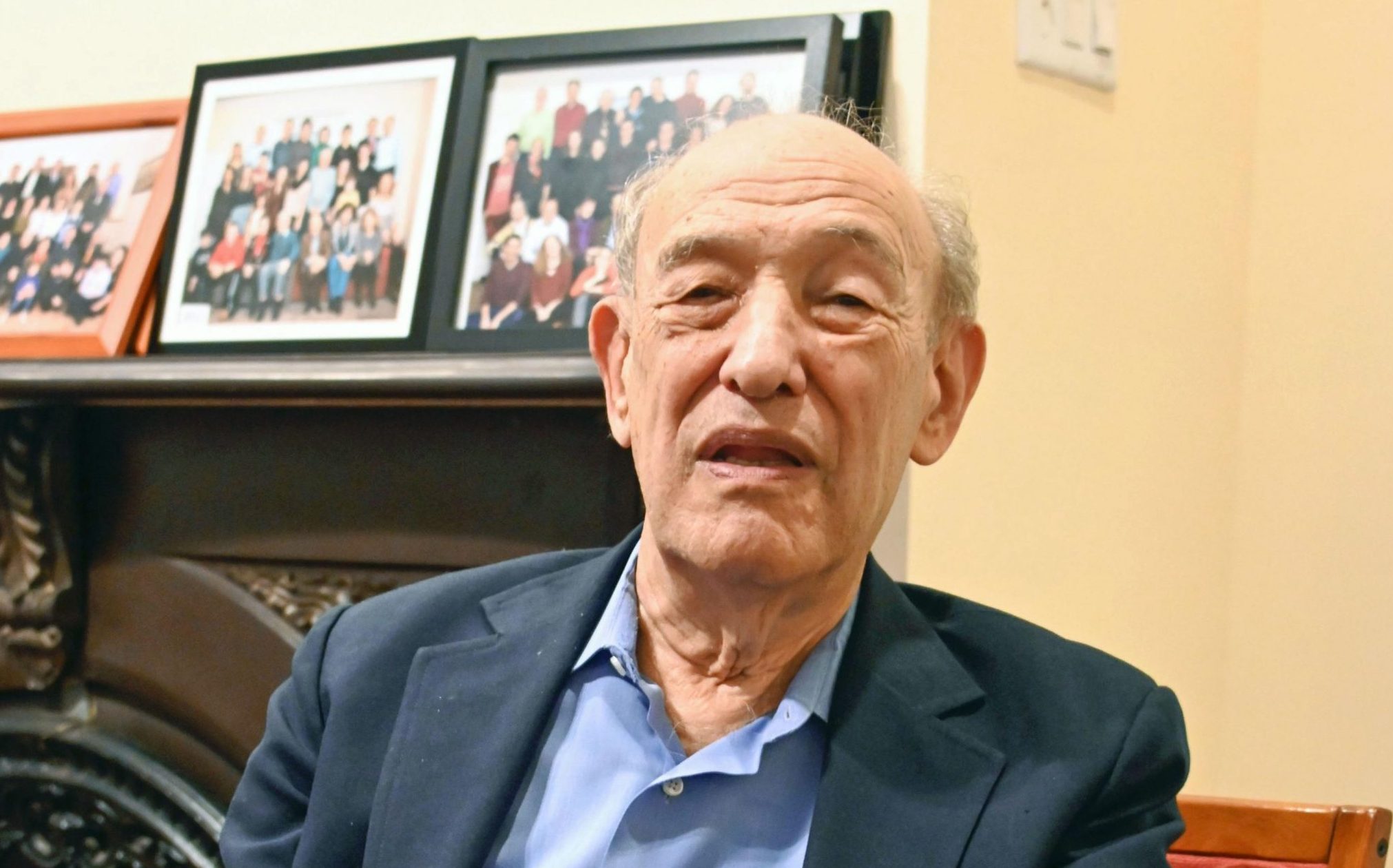 Ezra Vogel, best known in Japan as the author of Japan as Number One: Lessons for America (Harvard University Press, 1979) died on December 20 in a hospital in Cambridge, Massachusetts, USA. According to a Twitter post by his son, the cause of death was complications from surgery.

Vogel was born in a small town in Ohio and as a child worked in the clothing store his father owned. After two years service in the U.S Army, he embarked on an academic career, most of which was spent as a professor at Harvard University.

His original field was sociology of the family. His first sole authored book reflected this: Japan's New Middle Class; the Salary Man and his Family in a Tokyo Suburb (University of California Press, 1963).

Subsequently, he shifted more to studies of China, beginning with his Canton under Communism; Programs and Politics in a Provincial Capital, 1949-1968 (Harvard University Press, 1969), the first of a number of books on China.

Obituaries of Vogel in publications without a specific Japan connection reflect this, as do comments on Twitter. Vogel is described as having been a China watcher.

His scholarship tended to be heavily interview based, and in the case of Japan as Number One was rather like an extended opinion piece such as would be written by a columnist for Bloomberg, the New York Times, or the Washington Post.


The book did, however, legitimize taking Japan at least semi-seriously. An earlier book by Herman Kahn, The Emerging Japanese Superstate: Challenge and Response (Prentice Hall, 1970), making many of the same points Vogel did, had achieved no such impact.

This is probably a matter of timing and reputation. Japanese strength was much more obvious in 1979 than in 1970. Vogel was a Harvard professor; Kahn a model for Dr. Strangelove.

The enthusiasm Vogel had for Japan as a model was far from universal in the U.S. The idea that America or Americans had anything to learn from its former enemy was anathema to many. Even when Japanese success was recognized, it was explained in terms of devious Japanese taking advantage of naive Americans.

This was the theme of The Rising Sun by Michael Crichton (Ballantine, 1993), an overtly racist didactic novel later made into a movie. Reaction is also to be seen in the less overtly racist but equally paranoid article by James Fallows, Containing Japan, (The Atlantic, May 1989) that called for the U.S. to “impose limits on its economy.”

Ironically, both Fallows and Crichton wrote their screeds months before the stock market in Japan crashed on the last day of trading in 1989. This and the subsequent collapse of a related property bubble in 1992, marked the beginning of what first was styled “Japan’s lost decade.”

This has now stretched to three decades and is now known by the term Japanification, something that other countries are now experiencing.

By 2000, Japan’s star was in eclipse. Japan passing had replaced Japan bashing, at least in terms of trade and business practice. News media closed their bureaus in Japan. American think tanks let go their Japan specialists.

Is Japan Still Number One? (Pelanduk Publications, 2001) by Vogel attracted little attention. Self-confident Americans did not need a Harvard professor to tell them anything about Japan. They had already decided there was nothing they needed to know about Japan, even though at that point it was still the second largest economy in the world.

Something like Japan: The System That Soured: The Rise and Fall of the Japanese Economic Miracle (M.E. Sharpe, 1998) by Richard Katz was more to their liking.

2000 was also the year in which Vogel retired from Harvard University, but he remained both intellectually and physically active. According to his son, he continued running until his knees became troublesome, after which he took to cycling.

Subsequent to retirement, in his 8th and 9th decades of life, he produced five books, more than most academics produce during their years of university employment.

Most notable among these is Deng Xiaoping and the Transformation of China (Harvard University Press, 2011) and China and Japan: Facing History (Belknap Press, 2019).

I reviewed Facing History for JAPAN Forward. I liked it. I recommend it.

I last saw Ezra Vogel in person the day after he gave a presentation about his Deng Xiaoping book at the Nissan Institute at Oxford University. I was walking toward the Oxford city center when a tall, instantly recognizable Ezra Vogel, called out my name.

We had only met twice as far as I can recall, once when I hosted him at the University of California in Davis, and once at the International House of Japan in Tokyo. But, his cheery greeting to a minor academic decades after our last meeting epitomizes the kind of person he was: always affable.

When I wrote my review of his Facing History book, I thought naively that at another chance encounter, I might have an opportunity to tell him how much I liked the book because of its even-handed treatment of China-Japan issues. Sadly, I will have no such chance.