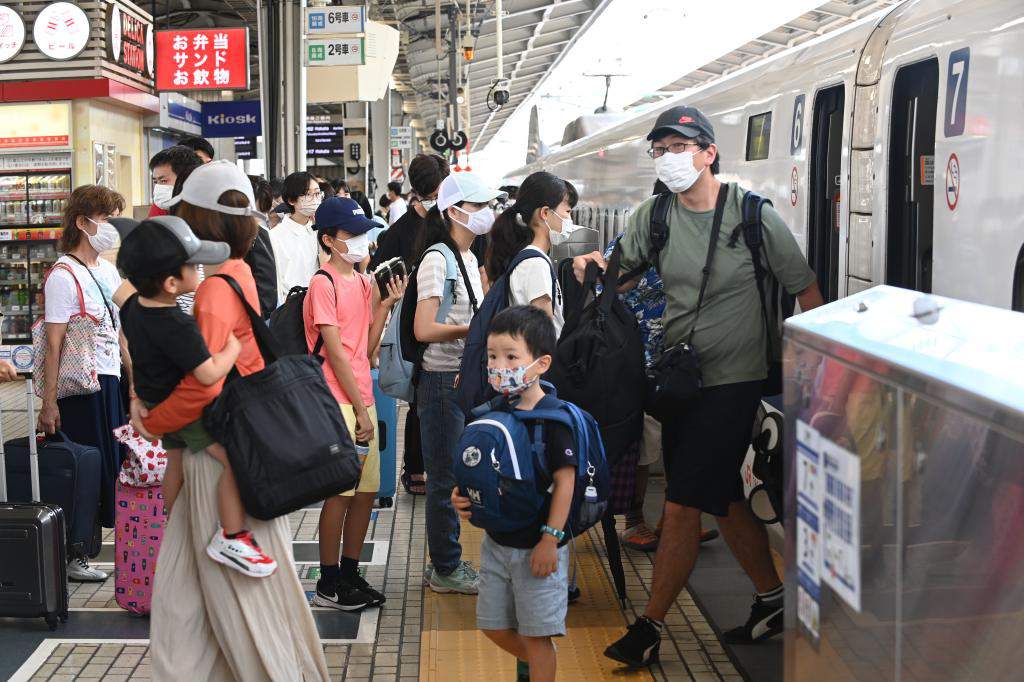 On August 18 Japan logged 255,534 new cases of COVID-19, the highest number of infections to date in one day. It recorded 287 COVID deaths on the same day.

The record comes as the country has been experiencing a rise in the curve of infections for several weeks. Daily infection numbers have been hovering around the 200,000 mark since July 23.

The previous record for the highest number of infections was set on August 10, with 250,341 new cases reported.

Minister of Health Katsunobu Kato has pointed out to members of the government’s COVID-19 task force that the Obon Holiday – from August 13 to 16 – was the first summer holiday in three years without major restrictions on movement due to the pandemic. In an August 18 meeting, the minister said that he expected infections to increase further, with upcoming numbers reflecting the increase in domestic travel.

The government also appears to be considering further supervision of COVID-19 patients to prevent the spread from escalating. This is according to Takaji Wakita, chairman of the COVID-19 Task Force, whose remarks came in comments to the press after the meeting.


Concerns For the Medical System

The continued high number of infections is now putting a strain on the medical system. While many patients experience mild symptoms, the cases of more serious symptoms increase in proportion to the overall volume of new cases.

Rising percentages of occupied hospital beds, and difficulty getting calls through to first responders, are two indicators of the problem.

At the same time, the shortage of medical workers is showing no sign of improvement. And there is a growing fear that the strain on the health system could interfere with the ability to respond to emergencies in a timely manner.

An NHK report attributed the increasingly high hospital bed occupancy rate, at least in some cases, to the fact that more people over 60 are being admitted for COVID-19. It is an age group that often requires longer periods of hospitalization for recovery.

In the midst of the worsening curve on infections, some sectors in Japan are seeing a partial return to normalcy.

Many festivals and events are taking place during the summer for the first time in three years.

Domestic travel is also starting to pick up. The Tokyo Metropolitan Government announced that it’s planning to resume the campaign Motto Tokyo to encourage people to travel to the capital. Discounts are envisaged for stays in hotels starting from September 1. Eligible participants are those with a vaccine certificate showing at least three shots of a pre-approved vaccine.

For foreign tourists, however, there are still restrictions that apply, such as daily caps of entry into Japan and requirements of going through travel agencies and guided tours. It’s unclear when those restrictions will be lifted.

Small signs also exist that the loosening of restrictions since the early spring may be helping the economy. Reports indicate that the economy is recovering its pre-pandemic size, with an annualized 2.2% growth for the most recent April-June period.