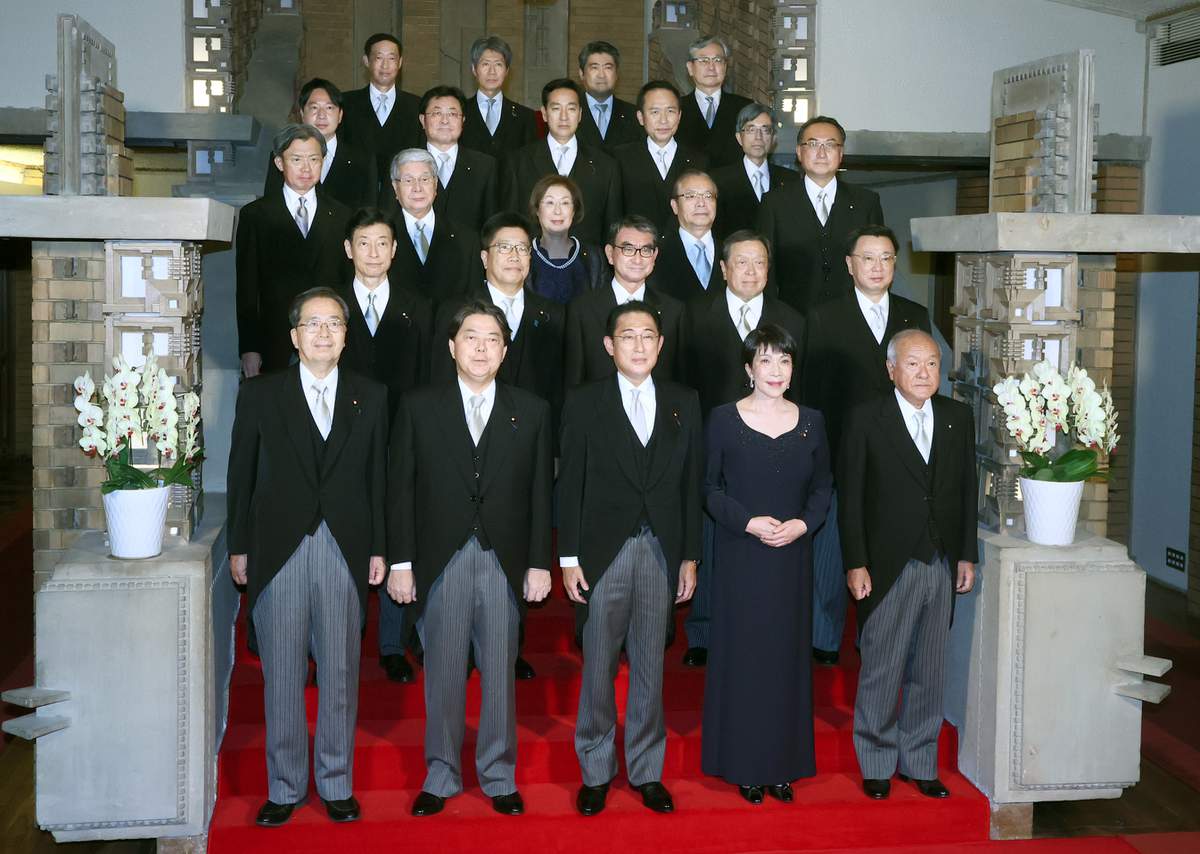 Following a reshuffling of leadership posts, Katsunobu Kato is Minister of Health, Labor and Welfare for the third time, and Yasukazu Hamada is Defense Minister for the second time. The reshuffled lineup reflects Kishida’s focus on practical experience and the ability to get jobs done.

Kishida is retaining Hirokazu Matsuno as Chief Cabinet Secretary, while Yasutoshi Nishimura replaces Koichi Hagiuda as Minister for Economy, Trade and Industry. Hagiuda steps into the senior post of heading the Policy Research Council of the Liberal Democratic Party (LDP). All three are from the party’s largest faction, which was led by the late former Prime Minister Shinzo Abe, who was gunned down by an assassin in July.

On top of treating the largest intraparty faction favorably as he consolidates his political power base, Prime Minister Kishida has demonstrated strength and dexterity by drawing two former rivals into the Cabinet. Sanae Takaichi (Economic Security) and Taro Kono (Digital Transformation) competed against Kishida in the LDP leadership race in the autumn of 2021.

Religion, Politics Behind the Reshuffle

Concern existed over rumors of LDP politicians’ links to the Family Federation for World Peace and Unification, better known as the Unification Church (or “Moonies”). This was thought to have been a factor in the alarming slide of public approval ratings for the Kishida administration.

In early August, Mr. Kishida instructed all Cabinet members and senior LDP leaders to “check and review thoroughly on your own” any connections with the religious group. He then asked that they cut off any ties that might exist with the Unification Church.

The LDP and its leadership must seriously take to heart the fact that accepting election support from groups that have victimized so many people through psychological deception and massive collective weddings is bound to cause the public to lose trust.

Concurrently, care must be given not to violate the religious freedom of candidates and election campaigners or to exclude certain religions. Taking this opportunity, the Diet should openly discuss the relationship between politics and religion from the ground up.


Promptly Dealing with the National Crises

The reshuffled Cabinet is confronted with a host of national crises, including rapidly soaring prices, growing tensions between the Western camp and Russia because of Russia’s prolonged war on Ukraine, and the ongoing seventh wave of COVID-19 infections.

China’s military maneuvers, in particular, in the aftermath of US House Speaker Nancy Pelosi’s visit to Taiwan, have shaken the peace and stability of the East Asian region.

China launched five missiles into Japan’s exclusive economic zone off Okinawa as part of the intensified military drills. In reply to Japan’s protest against the missile launches, a Beijing diplomat lashed out in verbal abuse, saying, “Japan has no right to say anything at all on this matter.”

Foreign Minister Yoshimasa Hayashi, who has kept his seat as top diplomat in the Cabinet reshuffle, is widely known for his pro-China stance. Does he think it’s alright to just let things be? The new Cabinet is strongly urged to convene the National Security Council immediately to determine how Japan should respond to China’s aggressions.

Revising the Constitution is yet another urgent issue. Prime Minister Kishida is on the record as stating definitively that he will address revision of the Constitution, following the strong wishes of the late former PM Abe.

It is now time for the Kishida Cabinet and the LDP to act in unison and forge ahead and achieve concrete progress.