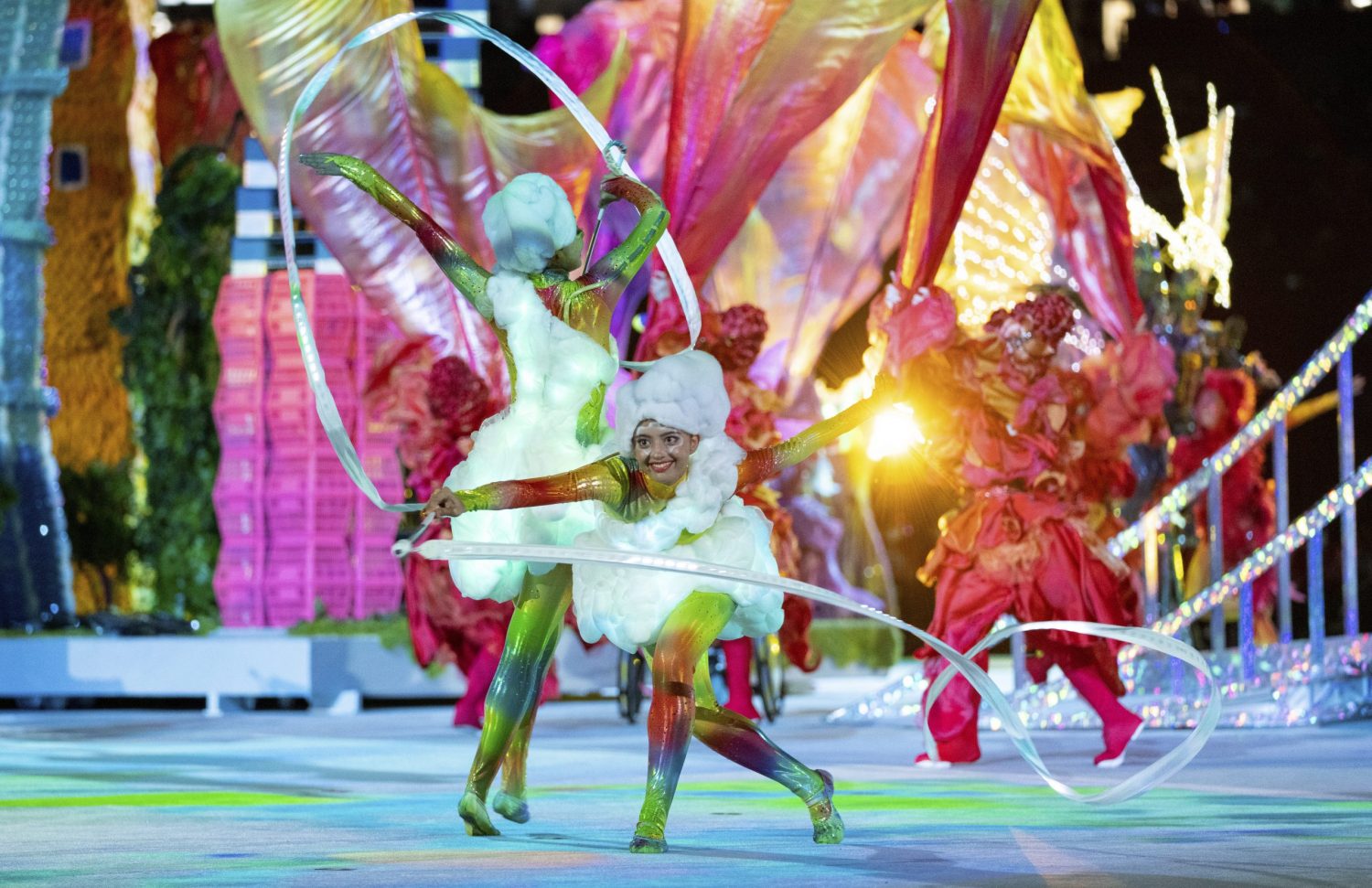 Dancers perform during the Closing Ceremony of the Paralympic Games in Tokyo, at the National Olympic Stadium.

Beauty in diversity. We are all different, but we are all great in our differences.

This was the message that shone loud and clear from the National Olympic Stadium in Tokyo on September 5, at the closing ceremony marking the end of the Paralympic Games.

Starting at 8 p.m, the ceremony provided a way to thank the over 4,400 athletes from 162 countries who had competed fearlessly in 22 sports over a period of twelve days.

The evening was a rare celebration of how different we all are, and how we can hope to achieve a more inclusive society going forward.

The ceremony delivered an unflinching display of bold color, strong energy and positivity which was infectious even for those sitting at home watching on TV.

Just minutes after 8 p.m, young performers kicked off the show, including an elementary school girl and famous beatbox performer, RIN, and an 18-year-old music writer who composed the music for the event, SASUKE.

The music lent the notes for an energetic dance that reproduced the Shibuya scramble intersection in one of Tokyo’s liveliest neighborhoods.

The segment included world-class breakdancer MORIKO. The dancer has a condition which causes loss of vision, yet he wowed the audience with incredibly energetic spins and flips.

A Tribute to Athletes

The closing ceremony was also a time to thank the athletes and celebrate their great achievements.

Among the countries represented was China, with its impressive medal count of a total of 207 medals, including a whopping 96 gold medals. Next up was Great Britain, the birth country of the Paralympics Games, with 124 total medals, 41 of which were gold.

For Japan, it was a moment to pay tribute to its athletes who had particularly shone in the Paralympics, amassing a total of 51 medals (13 gold, 15 silver and 23 bronze) for their country.

The parade of countries was slightly shortened by having all athletes enter the stadium beforehand, while the ceremony followed with the flag bearers parade around the stadium.

Japan, for its part, had several moments during the ceremony to showcase some of the athletes who shone during the Games. Tomoki Sato, who scored two gold medals in athletics, and 14-year-old Miyuki Yamada, who won two silver medals in swimming, were among those carrying the Japanese flag into the National Olympic Stadium at the beginning of the ceremony.

After the athletes parade came also a recognition to what the Paralympic stand for: breaking down barriers for diversity, symbolized by the I’mPOSSIBLE Award.

Two Paralympic athletes were also given the award ー Zambia’s Lassam Katongo, and Poland’s Katarzyna Rogowiec ー for being particularly active in their engagement to increase awareness of disabilities.

The goal was to bring further understanding and inclusiveness to the conversation about disability, in a similar spirit to the movement #WeThe15, which makes the point that 15 percent of the world has some kind of disability, and people with impairments are just human like everyone else.

This section of the ceremony also incorporated expressions of thanks and appreciation for the volunteers.

As a tribute, several volunteers graced the stage, accepting flower bouquets to symbolize the gratitude for the Paralympic volunteers as a whole. They included a volunteer in a wheelchair and a volunteer with visual impairment accompanied by her guide dog.

'DIVERCITY': The City Where Differences Shine

Throughout the flag bearers’ parade, a neat stage reproducing Tokyo, with colorful decorations showing small replicas of Skytree and the Rainbow Bridge, was carried into the center of the Stadium.

In a play on words, the reproduction was called DIVERCITY. It was meant to symbolize the theme of the closing ceremony, “Harmonious Cacophony.” This means that even in an aggregation of different noises, we can achieve harmony.

In fact, the dance performance that followed brought this point home. Everyone was in different clothing, and no matter their age, ability, gender or dance genre, they came together to create a beautiful visual harmony.

There were impressive displays of wheelchair tap dancing, a young girl breakdancing, and musicians with specially equipped percussion wheelchairs.

With its different colors, movements, and expressions of individuality, it was a flawless concerto of the Paralympics and an inclusive society.

The Baton Passes to Paris

Near the end of the evening, the Paralympic flag was ceremoniously delivered from Tokyo Governor Yuriko Koike to Paris Mayor Anne Hidalgo.

Dancers with a variety of disabilities participated, including 15-year old Oxandre who has a bionic arm, and musician and Fonky Family collective co-founder Pone.

Pone was diagnosed in 2015 with a neurological disease called amyotrophic lateral sclerosis, which confines him to a bed. He now communicates mainly with his eyes, but that did not stop him from mixing music for the Paralympic flag handover.

The segment ended with a heartwarming modified video of the Eiffel tour wearing a prosthetic leg, and joyful panoramic views of Paris welcoming the Paris 2024 Paralympic Games.

To mark the occasion, Seiko Hashimoto, president of the Tokyo 2020 Organizing Committee, delivered a strong message of thanks to all the organizers: “I am really proud of this team, Thank you!”

As a former athlete herself, she also thanked the athletes and told the Paralympians: “Your deeds inspired us.”

She finally imparted a message of hope that society of the future will feature those with and without disabilities living side by side:

“We have now the basis to imagine a new society, one of understanding differences, helping each other, making a future without discrimination.”

But he also warmly praised the volunteers, pointing out: “Volunteers, you are the pride of your people! Your enthusiasm and omotenashi (hospitality) brought energy and passion each day. Arigatou (thank you!) to all the volunteers.”

In a moving example showcasing Japanese culture, he commented:

“There is an old philosophy in Japan, called Kintsugi.” He referred to how this art in Japan, which uses the idea that broken pottery can be repaired with gold, “celebrates diversity” and makes us unique.

Finally, he appealed to everyone to keep bringing attention to diversity and those with disabilities, as “change starts with awareness.”

“Sport has opened the door. Now it’s time to play our role to break down the barriers,” concluded Parsons.

With that, Parsons officially declared the Tokyo 2020 Paralympic Games closed, and the Paralympic flame was extinguished.

And what a blast it’s been.

As the fireworks lit the sky above the National Stadium, it brought to an end twelve formidable days where ー more than ever ー we were inspired by athletes with diverse stories and different needs, who made possible the impossible.

Just like with the Olympics, as athletes exited the venue, the last words on the screen of the stadium read: “ARIGATO” (thank you).

I for one can't wait for what the next Paralympics will bring to the world stage.