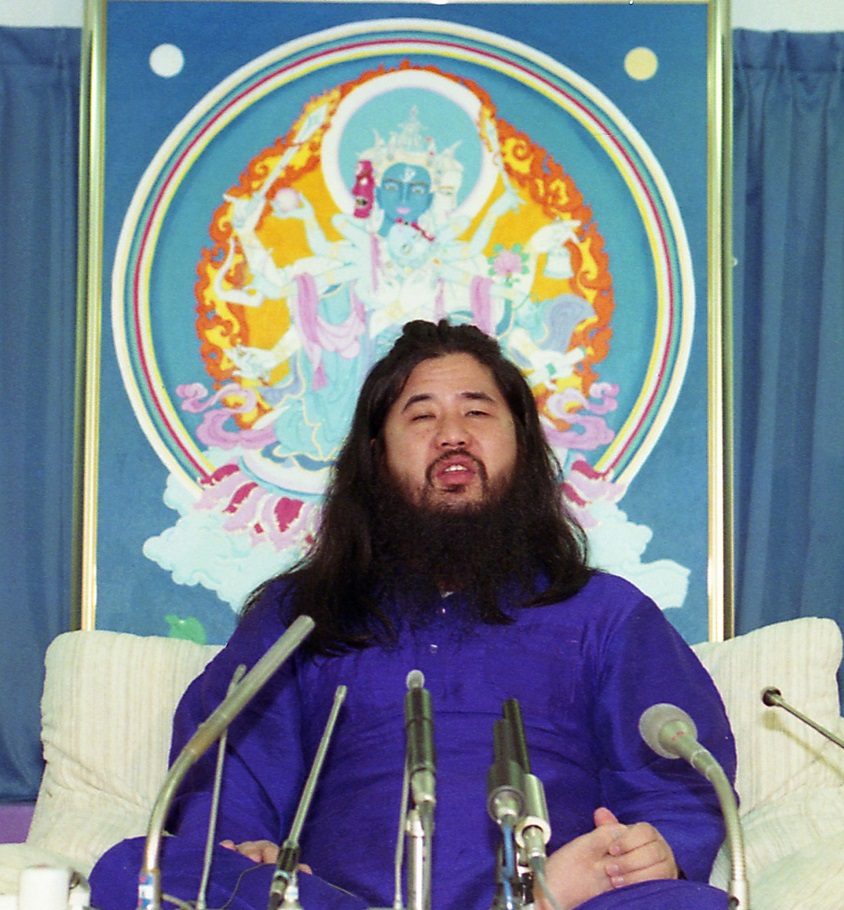 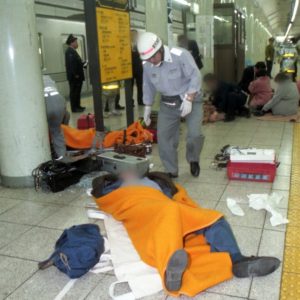 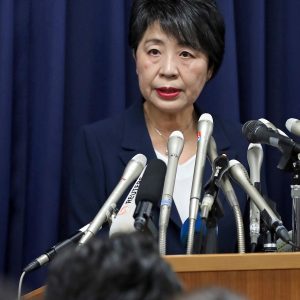 Seven of the 13 former leaders of the Aum Shinrikyo doomsday cult were executed in Japan on July 6 for their roles in a sequence of domestic terrorism incidents, which claimed 29 lives and sickened more than 6,500 people in the mid-1990s. The executions came after years of court proceedings and soon after the death sentences had been finalized.

The cult’s former leaders — including its guru, Chizuo Matsumoto, better known by his cult alias Shoko Asahara — shocked Japan when they perpetrated terrorist acts, including deadly poison gas attacks on the Tokyo subways in 1994 and 1995.

In a news conference in the afternoon of July 6, Justice Minister Yoko Kamikawa summed up her decision to carry out the executions, calling the Aum crimes “unprecedentedly heinous in the history of Japanese crime.” She said the incidents “must never be allowed to happen again.”

The minister said she “issued my order for the executions after pondering the matter thoroughly and carefully.”

Twenty days later, on July 26, the remaining six death-row cult leaders were executed, bringing an end to the unparalleled terror that startled the entire nation of Japan a quarter of a century earlier.

The executions of the former Aum guru and other senior leaders of the sect marked a major milestone in the judicial procedures involving the cases over the cult’s wrongdoings.

Several of Japan’s major daily newspapers addressed the executions in editorials in their respective July 7 editions. The Sankei Shimbun and The Yomiuri Shimbun came out with clear-cut support for Justice Minister Kamikawa’s execution orders, while The Asahi Shimbun, among others, expressed some disagreement with her decision.

The Sankei Shimbun wrote in its editorial:

So long as this country is a nation governed by the rule of law that has a capital punishment system, it is a natural duty for the state to execute those whose death sentences have been finalized…. In light of the abnormality and cruelty of the cases, and taking into consideration the punitive sentiments of the families of the victims against the Aum convicts, there could be no reason for hesitating to carry out the sentences.

In its editorial, The Yomiuri Shimbun wrote:

The Asahi Shimbun, for its part, lambasted the justice minister for making a point of saying repeatedly during the news conference, “I refrain from answering questions concerning the decisions on individual cases of execution.” The paper grumbled in its editorial:

It is regrettable that Kamikawa stuck to the [government’s] traditional principle of secrecy over executions in relation to Aum’s crimes that attracted global attention.

In its earlier editorials, Asahi had taken a posture of opposing the capital punishment system. However, when the Aum executions took place, the newspaper fell short of arguing for or against the death penalty itself.

Searching for Answers Through Editorial Discourse

Conspicuous among the passages of several editorials was the collective search for something in the social backgrounds of the perpetrators that could explain how the Aum incidents were spawned.

The July 7 editorial in The Mainichi Shimbun put it this way: “Still, it remains unclear why these crimes, involving many young people who had previously been respected citizens, were carried out.”

Mainichi also pointed out the Aum crimes “occurred as people’s sense of reality considerably decreased from the late 1980s to the mid-1990s — from the start to the burst of the economic bubble,” noting that some people were attracted to mysticism at the time.

The daily Nihon Keizai Shimbun (Nikkei), meanwhile, said, “With the conventional sense of values and ways to live one’s life faltering in the eyes of the cult’s followers, it may be that the religious community of Aum became their sole heart and soul.”

As an editorial in The Tokyo Shimbun put it: “In this time people tend to feel adrift with a sense of emptiness. [Aum followers] may have felt they were searching for a clue as to what they should live for, something that existing religions came short of offering.”

Their analysis may tell us of the depths of the darkness which led to the Aum incidents. But what The Mainichi Shimbun referred to as the difficulty of finding answers to the fundamental questions — the continuing sense that what lay at the core of the perpetrators’ thoughts is still obscure — is likely a view shared by all major Japanese newspapers.

In the wake of the executions, a sense of caution has been evoked among the public regarding the Aum Shinrikyo’s successor cults. Such newspapers as Sankei, Mainichi, and Yomiuri have used their editorial pages to prod law enforcement to tighten surveillance of the groups.

A Yomiuri editorial in this connection took note of the public anxiety, pointing out, “An era has come in which cultish and fanatical thinking propagates more easily via the Internet.”

The Nikkei editorial expressed a similar judgment, stating: “Cultist groups seeking to rope in young people at such places as street corners and university campuses, as well as via the sphere of the Internet, have yet to vanish. Rather, the circumstances whereby youths were plunged into the darkness of Aum are more pervasive today.”

Calls for Updating the Judicial System

Sankei took a different approach and stressed the need for remedying Japan’s “judicial deficiencies.” It raised an alert in its editorial, saying, “The circumstance of society in which there is no way of having disbanded the successor groups to the organization responsible for a series of crimes of grave significance can hardly be said wholesome.”

Officials from the Public Security Intelligence Agency have a legal right to enter the successor groups’ facilities for on-the-spot inspections under the “Act on the Control of Organizations Which Have Committed Acts of Indiscriminate Mass Murder.”

However, neither the agency nor any other law enforcement entities have authority to issue an order for their disbandment, such as exists for non-religious entities under the “Subversive Activities Prevention Act.”

Sankei pointed out that dubious eyes had been cast on Aum even in the initial phases of its irregularities. There must have been many opportunities for authorities to investigate the cult that could have helped prevent the horrific tragedies. What thwarted full-fledged police investigations in the early stages of its crimes was deficiencies in the legal system impeding the authorization of investigations, Sankei declared.

The editorial went on to emphasize, “Unless the nation’s judicial system is revised to transform Japan into a stronger country that is invulnerable to this sort of terrorist attack, it remains premature to say the Aum incidents have ended in the true sense of the word.”

Chanting slogans like, “Don’t allow another Aum crime to happen” will not prevent new crimes. Isn’t now the time to develop truly down-to-earth, specific measures for our judicial system that will carry us toward the goal of preventing another crime like Aum?

For other editorials in English regarding the executions of the former head and other senior Aum members, read:

Click here to read the original editorial in Japanese.