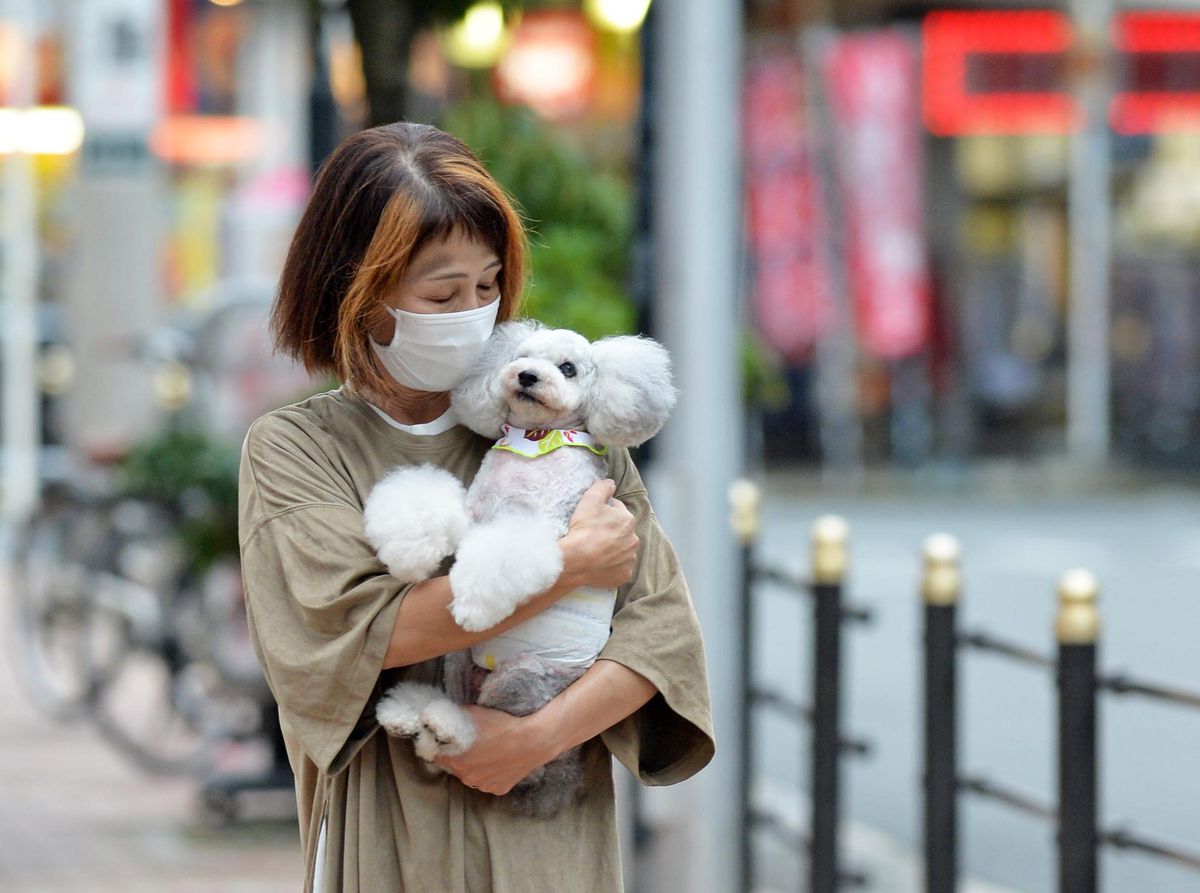 A pet owner who visited a cafe holding her Toy Poodle in Higashinari-ku, Osaka

What are the things that significantly increased consumer spending during the COVID-19 pandemic?

At the end of October the Mitsui Sumitomo Card company announced the “2021 hit product consumption ranking” based on an analysis of its data for cashless sales.

According to the announcement, consumption increases of “movies and videos” stood out in the online shopping category, while “pet-related products” were popular in actual stores, making them the cream of the crop on the list.

An increasing number of people are seeking comfort from dogs and cats as they spend long hours at home. The data confirmed this pet boom. However, cases of pet abandonment have become a problem as some tire of the financial burdens and care required after bringing them home.

According to Kunio Nishina, an expert in the history of dogs, Japanese people originally did not have a habit of buying and selling canines. Dogs lived peacefully with people as village dogs. However, circumstances changed drastically with the opening of the country from the end of the Edo period to the Meiji Restoration, according to the Meiji Restoration of Canines (Soshisha, 2014, in Japanese).

Western dogs brought into the country by foreigners were celebrated, as native Japanese dogs that roamed the streets were exterminated.

In 1873, regulations on the “rules for dogs” were issued by prefectural governments, which stated that dogs without collars and identification tags could be put to death. According to Nishina, the only exception was Kagoshima Prefecture, where “the biggest dog lover in the history of Japan” ー last samurai Saigo Takamori ー had retired.

This summer, news about dog urine became a hot topic among dog owners. It was triggered when a traffic light pole at an intersection in Suzuka City, Mie Prefecture, suddenly collapsed.

The police department’s forensic lab pointed out the possibility that corrosion of the pole proceeded faster than usual due to the sodium contained in dog urine. The fallen pole stood along a dog-walking course and, compared to other traffic light poles, nearly 40 times more urea was detected on it. The debate over dog defecation fired up.

Once again, the fate of dogs depends on human conveniences. It is the same now as it was back in the olden days.