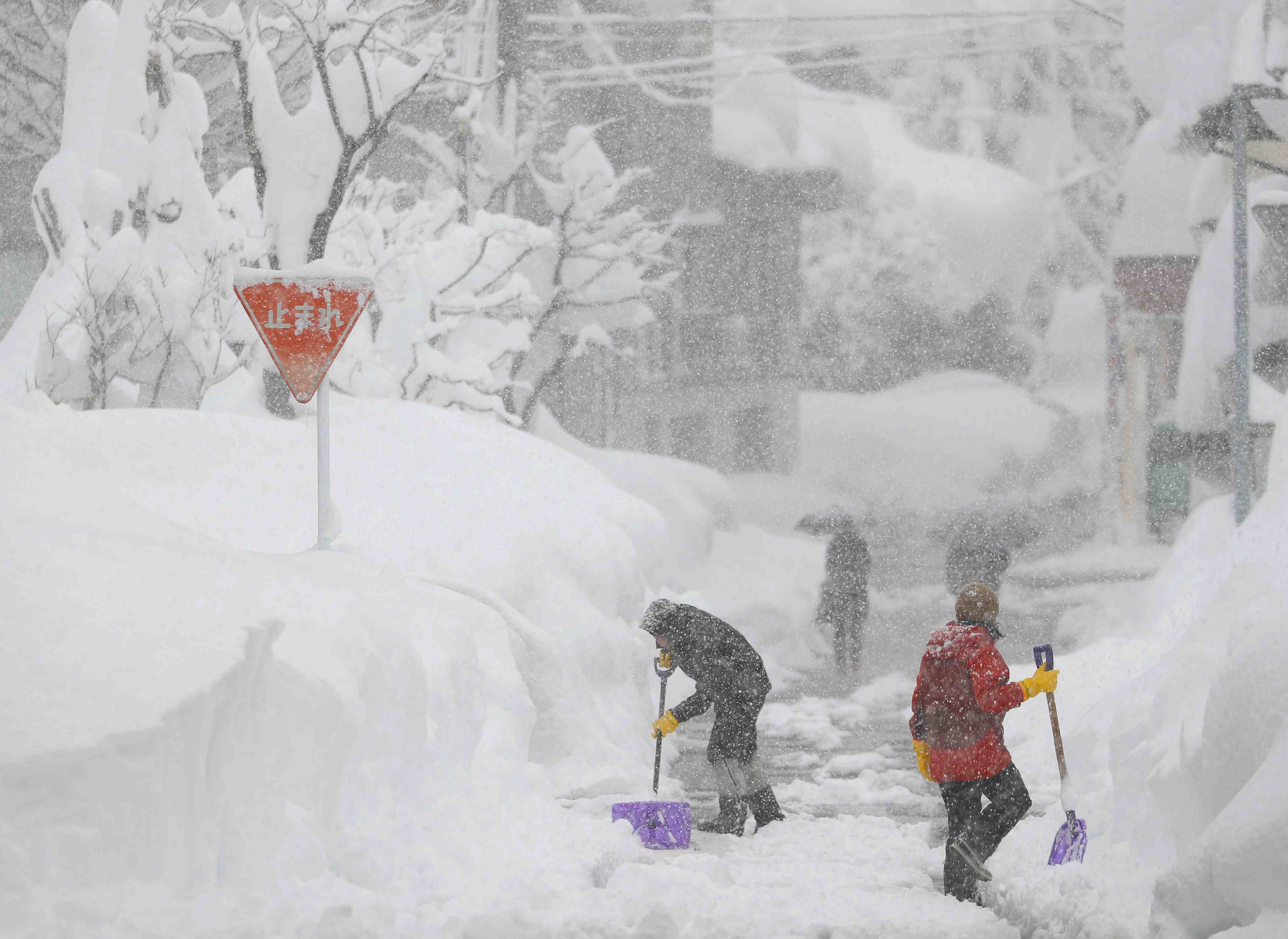 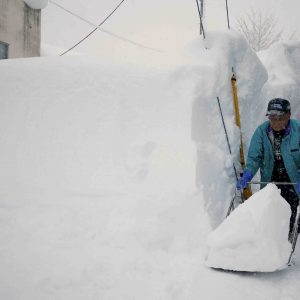 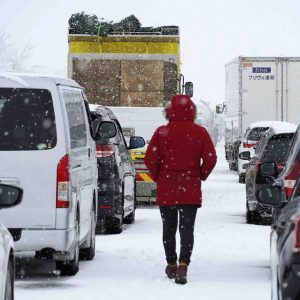 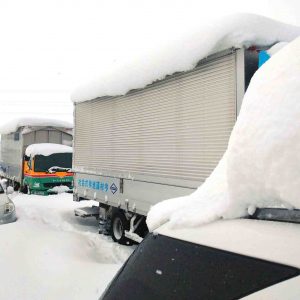 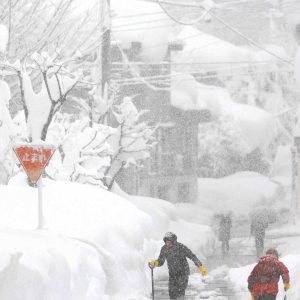 Record breaking snowfall has hit several parts of northern Japan since  December 15, and is wreaking havoc on transportation and daily life in the affected parts of the country.

The heaviest snowfall, as of December 17 at 6 P.M. JST, was found in the area around Gunma Prefecture. The city of Fujihara, in the district of Minamikami has seen more than two meters of snowーa recordー206 centimeters to be exact.

Local authorities are urging everyone to exercise caution when venturing outside for snow removal, after several incidents of injuries were reported.

For example, a man his 70s in Uonuma City, Niigata, was reported to have injured his leg by falling from a ladder on December 16, when he was trying to remove snow from his roof. 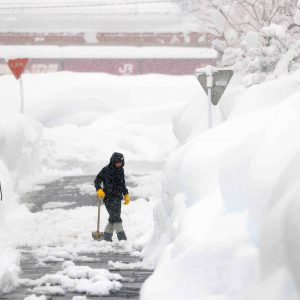 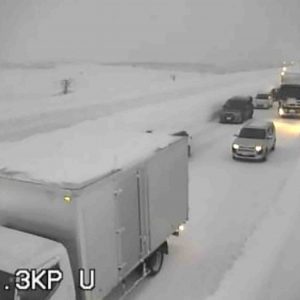 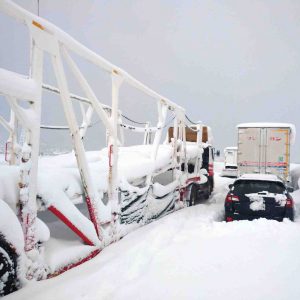 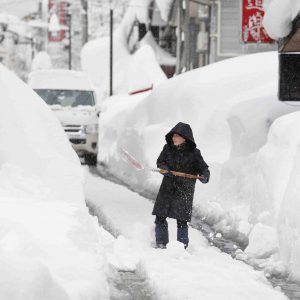 Areas especially near mountain ranges in Hokuriku, Niigata, Aomori, Fukushima, and Hokkaido have all registered over a meter of snow in less than three days.

As a consequence, transportation and traffic have been affected.

The national highway around Niigata was basically blocked by snow through the night of December 16, with up to a thousand vehicles unable to move, causing major traffic jams for tens of kilometers.

The Japan Self-Defense Force was dispatched on December 17 to provide food, water, and portable toilets to drivers that had braved conditions through the night.

About 70 people who were stuck near Yuzawa, a famous ski resort in Niigata, were lucky enough to be evacuated to nearby hotels where they could spend the night safely and avoid driving in the fierce conditions.

A man who was stuck on the Kan-Etsu expressway, which runs from northern Tokyo through Saitama and Gunma Prefectures to Niigata, called into the NHK broadcasting network on the afternoon of December 16 to report that his car hadn’t moved in more than 9 hours. 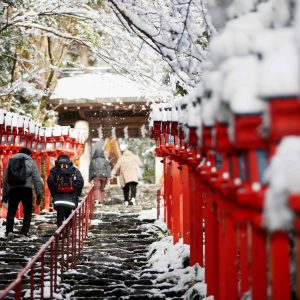 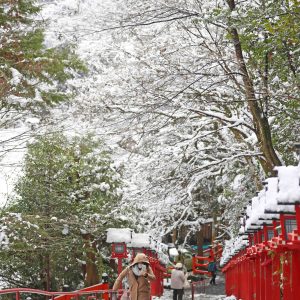 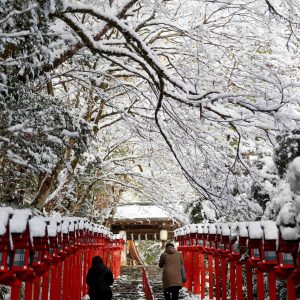 Although the northern regions of the country have been seriously affected by the sudden snowfall, the whole of the Japanese archipelago has been hit by winter cold since December 15. The change in atmospheric conditions brought light snow to other parts of the country.

One example is Kyoto, which saw its first dusting of snow on December 17, with temperatures three degrees colder than the average year, at 0.2 degrees celsius.

Those who could afford to take time off work on a weekday could admire Kinkakuji’s Golden Pavilion covered in a thin layer of white snow. Although the building is currently undergoing renovation, it was nonetheless a lovely sight to behold. 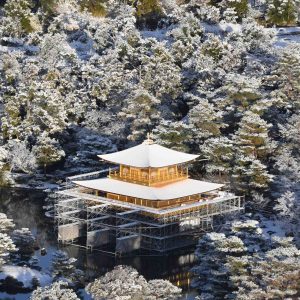 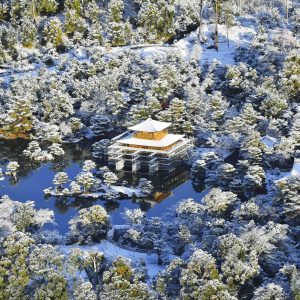 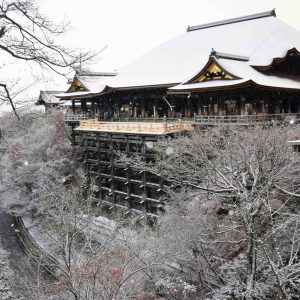 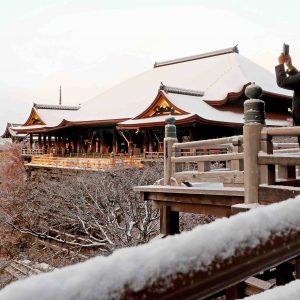 Visitors could find other impressive winter scenery to admire in Kyoto as well, including Kiyomizudera Temple brushed with snow. The temple, which just unveiled its recent restoration, showed off its beautiful lines in all the splendor of the crisp winter air.

An early morning visitor from Sagamihara City in Kanagawa had come from the Kanto region especially to take pictures of the scenery. 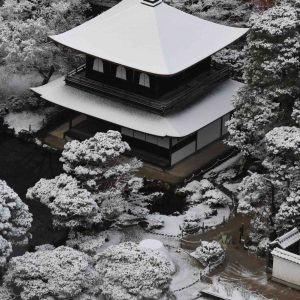 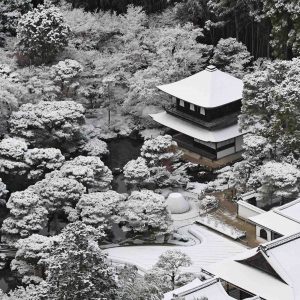 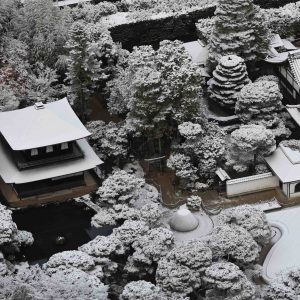 Twenty six year old Kazuho Kanzawa told The Sankei Shimbun and JAPAN Forward: “I saw the news forecast that it was going to snow in Kyoto, so I took the Shinkansen last night and came here. I didn’t think it was going to be this much snow. It was so beautifulーI was really moved.”

(Read a report used for part of this article here, in Japanese.)