Playing with Tokura Under the Sakura 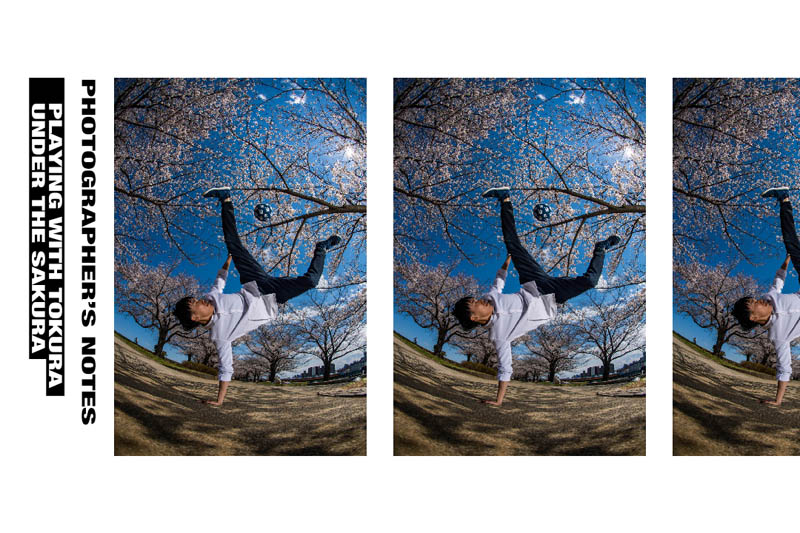 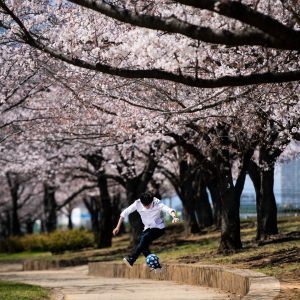 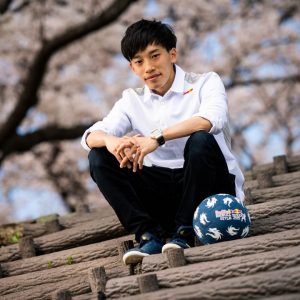 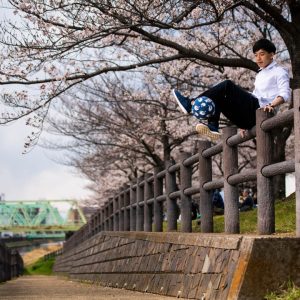 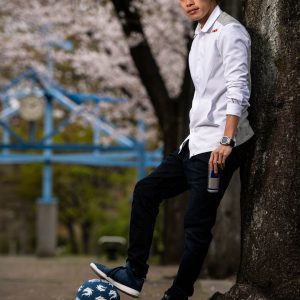 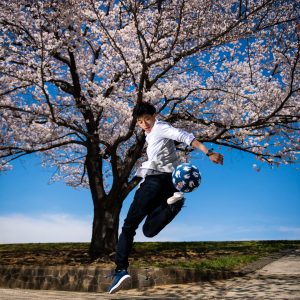 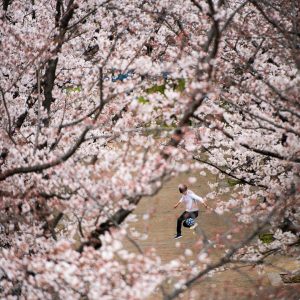 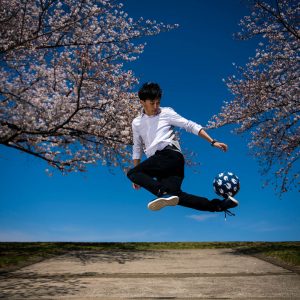 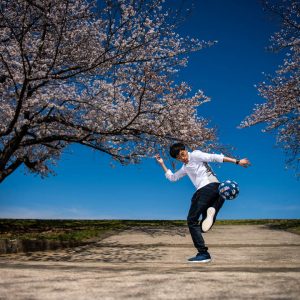 There are only a few weeks out of the year when people all over Japan get out and enjoy what is called hanami (花見), or flower viewing as it is in English. In late March or early April cherry trees across Japan bloom in an amazing spectacle of whites and pinks. It brings everyone out to their favorite hanami spot to imbibe in a few beverages and good conversation with friends.

It’s also a short window of time to get out and take some amazing photos of the cherry trees in bloom in the usually steel and concrete filled city of Tokyo. On this day I met up with my friend and world champion freestyle football player Tokura. Tokura won the Red Bull Streetstyle World Finals in 2012 and is still one of the top players out there.

After meeting, we drove through the city en route to our pre-decided location over by Edogawa. But along the way, we came across a really nice little spot with great trees and –  even better – not so many people! I love the idea of shooting freestyle football under the cherry trees, but hate the idea of having to fight with massive crowds to get my shots. And upon arriving we found a great little space under some fully bloomed trees that had no one around or behind where I wanted to shoot. Even had lots of space for my strobes without bothering anyone there. Yea!

Once we got set up it was just a matter of finding the right tricks for the spot. Tokura has a large arsenal of tricks to choose from. But as we both had a similar idea of what we wanted to shoot, it didn’t take long to start banging out great images.

One thing I did need to be careful of was not blowing out the whites in Tokura’s shirt with my powerful strobes. In these situations of shooting in bright sunlight outside with strobes and your subject wearing white, it can be very easy to over expose the white and loose all the fine details in the white clothing. Furthermore, this can be hard to notice on your camera’s small screen, so it’s a good practice to double check your image’s histogram to see if anything is too far to one side, and thus over – or under – exposed.

Another issue that came up while shooting in this spot, and it is a common issue when shooting in crowded areas like Tokyo, is having unwanted people in your background. In a perfect world we would have been the only people there. But as it was, there were several small children running around and some tourists taking selfies in the background of where I wanted to shoot. I personally try to avoid shooting when these people pop into my frame, but often time is of the essence and I can’t wait all day for a clean background.

On this day I didn’t want to waste too much time – I just shot away, knowing that later I can erase these people with Adobe Photoshop. There are many ways to do this, so I won’t go into detail here. But what I would like to say is that by knowing your abilities in post production/editing, you can easily adapt to difficult situations while you are shooting when not everything is perfect.

So make sure you are updating your editing skills alongside your shooting skills as much as you can.

Once we got a few images we were all happy with at the first spot, it was time to try some different things with different lenses and locations. When time permits I like to get a wide variety of images during these shoots. It keeps it interesting for me and the athlete, but also the viewer when I show the images later.

On this day I used everything from my fisheye for some almost too up-close action images, to my 70-200mm for some long lens shots utilizing compression to show a completely different image. I like the variety of images we got, especially since we were able to work quickly and got our best shots before the afternoon clouds rolled in.

Having shot what we could at our first location, we decided to check out a small spot we noticed from the car just a few minutes away. Upon arrival we saw that the trees looked amazing and there were even less people here than the first spot. I also noticed a raised walkway about 30 meters away from our spot that I was hoping would give us a unique angle. So, after shooting for a bit down below, I decided to pop up to the overpass and see what I could see.

To my amazement, it was a great angle and there was a perfect hole – just big enough to see all of Tokura’s body when doing a trick. After a few hand gestures to direct Tokura into the best position, we got shooting. I was quite happy that, even though I was quite far away with zero line of site to my Broncolor strobes, they had no problems firing with every shot I took and helped to make Tokura pop that little extra bit in the images.

All in all it was a great few hours of shooting and I would just like to say thank you to Tokura for his time and amazing skills. Looking forward to our next session! 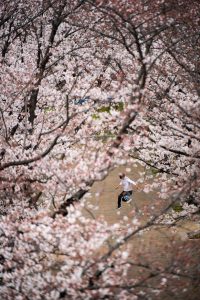