Pope’s Visit to Japan: Unstated Hopes for the Church in Asia 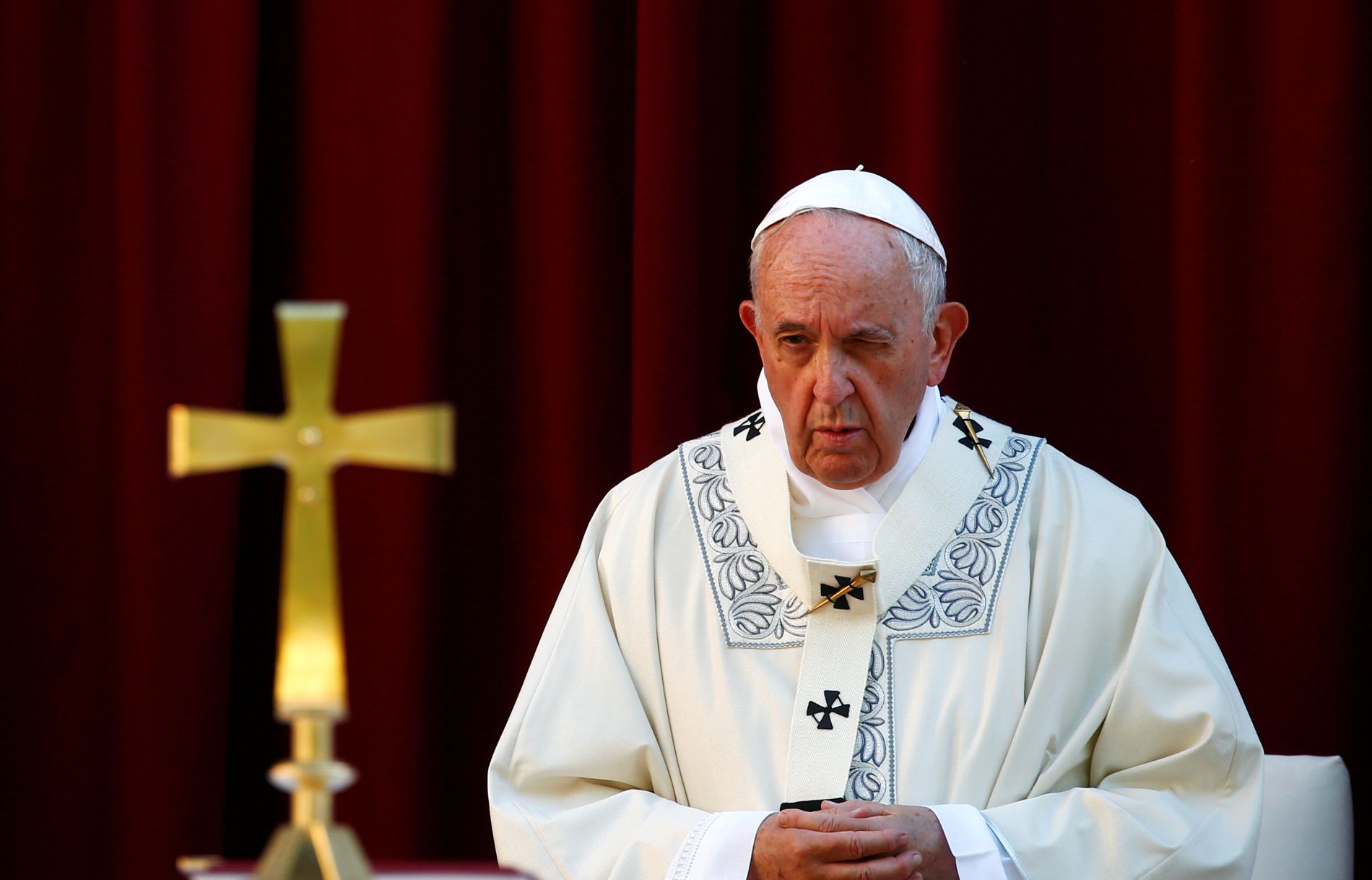 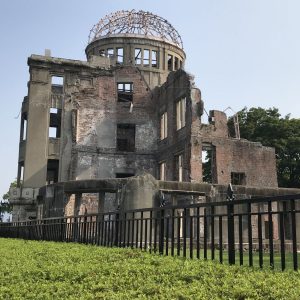 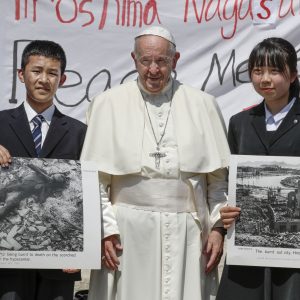 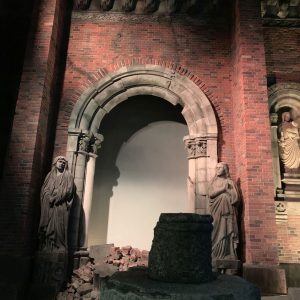 The much-covered news stories about the Pope’s historic statements — that the possession of nuclear weapons is immoral and an act of terrorism — deserve the attention they have garnered. But that attention also helps to conceal a key difference between John Paul II and Francis when it comes to relations with the East.

Whereas John Paul II largely centralized control of Catholicism in the Vatican, Francis has been working to diffuse at least some aspects of the strong centralization of administration of his Polish predecessor. Those differences are summed up in a letter that the former archbishop of Tokyo, Archbishop Emeritus Peter Takeo Okada, wrote to Pope Francis last September 24.

In three words — inculturation, decentralization, and spiritualization — Archbishop Emeritus Okada pinpointed how Francis’ visit to Japan may be for reasons other than those publicly stated by the Vatican.

Japan, as Archbishop Emeritus Okada points out in his September letter, is a country in which Christians make up a very tiny minority. They are less than one percent of the Japanese population. Much of the resistance by Japanese people to Christianity is often said to be cultural.

From the very beginning of Catholic missions to the Far East conducted by the Jesuit order in the 16th century, cultural differences between Europe and Asia have often posed major obstacles to the propagation of the faith. These differences were so great that St. Francis Xavier, who arrived in Japan as a Jesuit in 1549, at times despaired of ever overcoming them.

Inculturation: Today, the bishops of Japan operate largely within a framework of independence from the Vatican in matters of practice, an approach known as “inculturation.”

Basically, inculturation refers to the Vatican’s deferring to local ordinaries in the discernment of liturgical and pastoral methods best suited to the faithful in a given country or region. In the case of Japan, this deference includes, for example, the right to receive Holy Communion in the hand, and the practice of standing for the Transubstantiation, instead of kneeling as is widely done in the West.

Decentralization: Closely related to inculturation, “decentralization” is the organizational arrangement which allows for such deferment to happen. Under a decentralized paradigm, the Vatican delegates authority and decision-making to local bishops, who are assumed to have the know-how to guide the local church in matters beyond the liturgical and pastoral.

Spiritualization: The foregrounding of the church as a mission of evangelization is “spiritualization.” As Archbishop Emeritus Okada has said, it involves ending the “power struggles” in Rome and making the Vatican a model for genuine holiness and faithfulness for the secular world.

Francis arrived in Japan just as these three ideas were being intensely debated within the church, and as disputes over them were erupting even into international news.

In October, for instance, the “Amazon Synod” held in Rome rocked the worldwide church by including among its activities the procession into St. Peter’s Basilica of a wooden figure of an Amazonian goddess representing the Earth. Francis, who with some other cardinals and bishops has been promoting this kind of “inculturation” and “decentralization,” was harshly criticized for what some saw as an overly deferential stance toward pagan religions in non-European settings.

Francis thus arrived in Japan surely hoping to connect his “inculturation” and “decentralization” drive with a place where such practices have a long history.

For hundreds of years after the horrible persecution of faithful Nagasaki Catholics in the early 17th century, and the ensuing Shimabara Rebellion of 1637-1638, Catholics in Japan lived spiritually deep underground.

These “kakure kirishitans,” or “hidden Christians,” learned to inculturate and decentralize as a matter of survival in an environment hostile to their faith.

A Diversifying Church, A Searching Pontiff

Today, Catholicism in Japan is richly diverse, with Masses in Tokyo regularly offered in English, Spanish, Portuguese, Vietnamese, Filipino, French, and many other languages.

As pointed out by Father Thomas Marie de Onoda, an SSPX (Society of Saint Pius X) priest based in Osaka who underwent seminary training in Switzerland and who offers Mass in Latin, this diverse Catholicism is a bond uniting people across Asia.

“Other Asian Catholic communities are very rich in their witness, holiness, and history,” Father Onoda said, pointing to the trans-cultural role Catholicism plays in “the Philippines, Vietnam, Korea, Taiwan, Macao, Hong Kong, China, Borneo,” and beyond.

“In spite of the difference of mentalities, languages, races,” Father Onoda continued, “we belong to the unique and the same mystical body of Jesus Christ, believing the same faith. We are brothers and sisters, under the same God the Father; redeemed by the blood of the same Savior Jesus Christ; sanctified by the same Holy Ghost; seeking for the everlasting life hereafter.”

As Pope Francis navigates an increasingly diverse church worldwide, in his visit to Japan, he may have been seeking to learn from the Japanese faithful — present and past, such as the famous jurist Tanaka Kōtarō — how to balance local ways with full participation in the inherent universality of Catholicism.

The theme of the 2019 papal visit to Japan, “Protect All Life,” appeared to echo this overarching desire on the part of the pontiff to find a new kind of accommodation with the wider world.

Many Japanese Catholics, including Tokyo March for Life organizer Masaaki Ikeda, saw in this theme a chance that greater respect for human dignity may take hold, thanks to Pope Francis’ trip. “I hope Pope Francis himself would add human life, including the unborn, on his message during this short visit in Japan,” Mr. Ikeda wrote.

Indeed, the Pope’s itinerary, including the only two cities in the world ever to suffer a wartime atomic bomb attack, strongly emphasized the theme of protecting all life.

Finding a Future for the Church in Asia

And yet, recent events in Rome itself also suggest that Archbishop Emeritus Okada’s sentiments, shared by many in the Church hierarchy in Japan, may have been the real driving force behind Francis’ journey to the Far East. Francis’ visit to Nagasaki and Hiroshima should be viewed as an effort to find a future for the church in Asia, and not just reflecting on its past.

The church is changing, rapidly gaining adherents in Africa and Asia as it loses ground in Europe and North America. Francis is searching for a new paradigm for this new, truly global church.

As Archbishop Emeritus Okada wrote: “Half of the population of the world consists of Asians. The Holy See should make use of the human resources of Asian countries.”