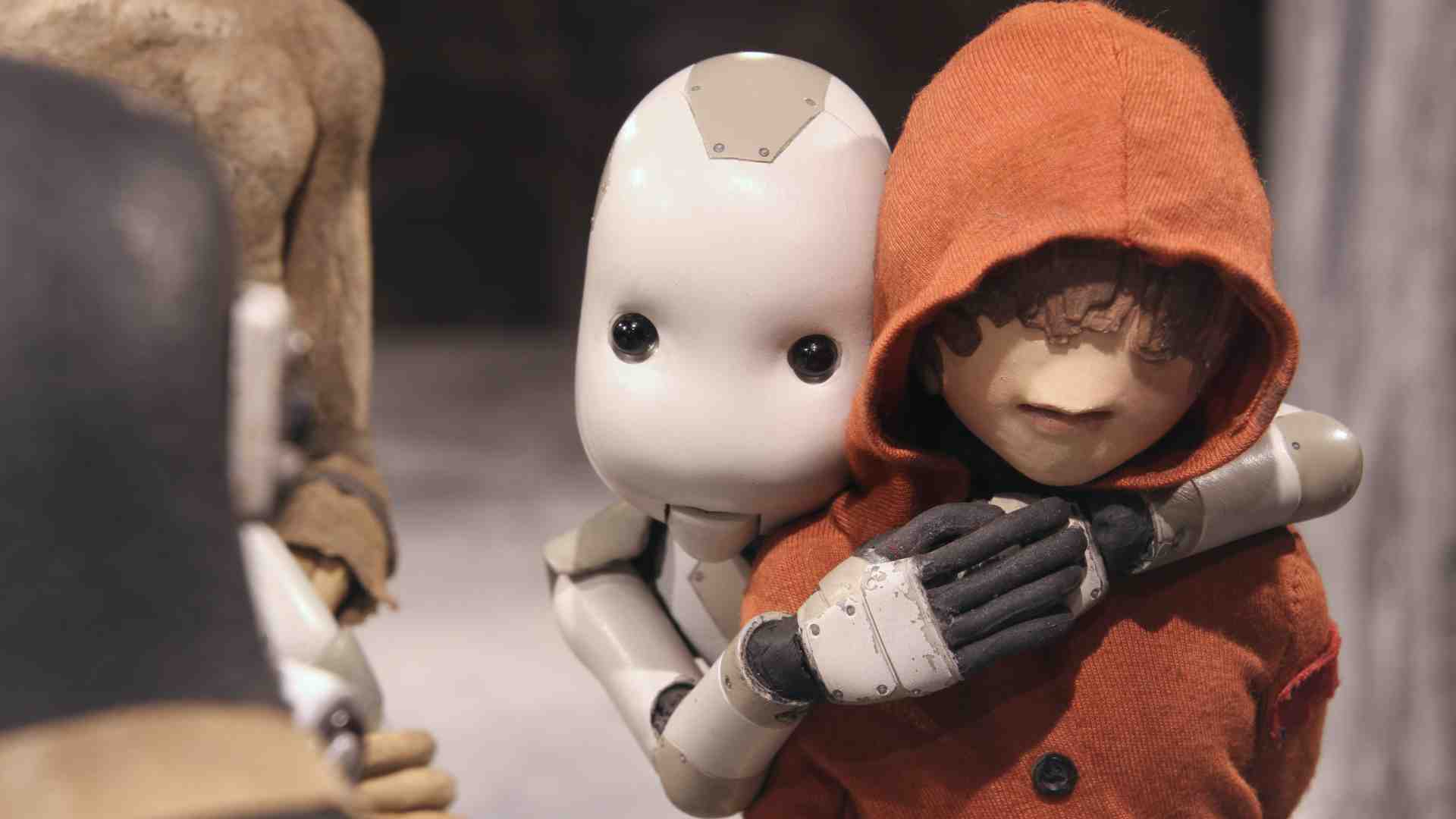 Junk Head is a mind-boggling Japanese film that dares to use dolls and a miniature movie set to create the decadent atmosphere of classic sci-fi.

The film sparked interest abroad four years ago, but was only released in theaters in Japan recently. It took eight lonely, painstaking years for interior decorator and first-time filmmaker Takahide Hori, 49, to complete the project.

Taking the World by Storm

The setting of Junk Head is a post-apocalyptic Earth where an artificial life-form called “Mulligan” dominates the world below ground. Humans have lost their fertility as a consequence of genetic manipulation, and decide to send investigators underground to study the Mulligans astonishing reproductive capability. But what awaits them is a terrifying fate and a dangerous world ruled by brutal, hair-raising aberrations.

The scenes in Junk Head are dark, and even shocking at times. But they are in fact acted out by cute dolls with rounded features in a miniature movie set a sixth of the size of what it represents, adding a touch of humor to the darkness and creating an extraordinary atmosphere.

Junk Head was created with the stop motion technique, in which 24 photographed frames per second are projected at high speeds to appear as moving images. In contrast, mainstream animation is created using a series of images.

Junk Head is 99 minutes long and required a total of 140,000 photos to make—all of which Director Hori shot by himself. He was also in charge of most of the lighting, editing, and doll-making.

A native of Oita Prefecture, Director Hori moved to Tokyo after graduating from high school, aspiring to become a painter and sculptor. He made ends meet by working part-time in his twenties, and started work in interior decoration in his thirties. He continued his artistic pursuits but was “unable to create anything awe-inspiring.”

Realizing he couldn’t go on as he was, he decided to try his hand at something new. At almost 40 years old, he ventured into the world of filmmaking.

Until then, filmmaking had never even crossed his mind. He assumed like most people that “films are not a one-man project.”

“But I heard that Director Shinkai made a film by himself,” explained Hori. Director Makoto Shinkai is the director of the blockbuster anime Your Name. His short film Voices of a Distant Star was created by himself on his computer.

Roused by Director Shinkai’s story, Hori decided, “Now that I know that one-man film production is possible, I’m going to give it a go.” Although he had no experience in filmmaking, he had a flash of inspiration when looking at his dolls. He realized he could create a video by taking photos of them and moving the photos like a flipbook.

Hori hadn’t realized that what he was creating was stop-motion animation. He looked up everything on the internet and began production in late 2009. His interior decoration factory became his studio, and he reduced his workload to a week per month to invest the rest of his time in filmmaking. He became completely absorbed in his one-man project.

During this time, Hori was living with the woman he would eventually marry. His gratitude to her for standing by him all this time went beyond words. “I’m surprised she endured it so well.”

A Work of Deranged Brilliance

The 30-minute short film “Junk Head 1” was finally completed in October 2013, four years since he started in late 2009. “I couldn’t believe I managed to finish it,” reflects Hori.

The ingenuity of “Junk Head 1” was noticed by international filmmakers when Hori uploaded the film on YouTube. Academy Award-winning director Guillermo del Toro tweeted, “A one-man band work of deranged brilliance! Monumental will and imagination at work.”

However, this was only the beginning for Hori. Although he had released “Junk Head 1,” the project would not be complete until he had produced all the way up to “Junk Head 10.” He tried crowdfunding to raise money for “Junk Head 2” but failed to reach his goal, collecting just 5 million yen out of the 20 million yen he needed.

Hori had been contacted by the U.S. Embassy and received offers from Hollywood because of his YouTube video, but chose to decline because he couldn’t speak English.

It seemed he had reached a dead-end when a Japanese company offered to invest in his upcoming film. Hori finally started working on his feature film in 2015.

He used his short film “Junk Head 1” for the beginning and completed it eight years later in 2017.

“It has been a very difficult time. I feel glad to be alive when my work receives recognition. As long as I continue to create, there will be new possibilities. That gives me the will to live.”

He still runs his interior decoration business—and he even has a poster of Junk Head that he found at a theater where he was doing renovation work.

His second film is now ready to be released. Whether his dolls continue their adventures in their underground world will depend on how Japan reacts to this monumental film.

ACCESS: Junk Head is currently showing at theaters in Japan, including Uplink Shibuya in Tokyo and Aeon Cinema Theater Shinsaibashi in Osaka. Screening time is 99 minutes.