Pravda ー The Truth ー is on the Internet, and the Russian Youth Will Not be Silenced 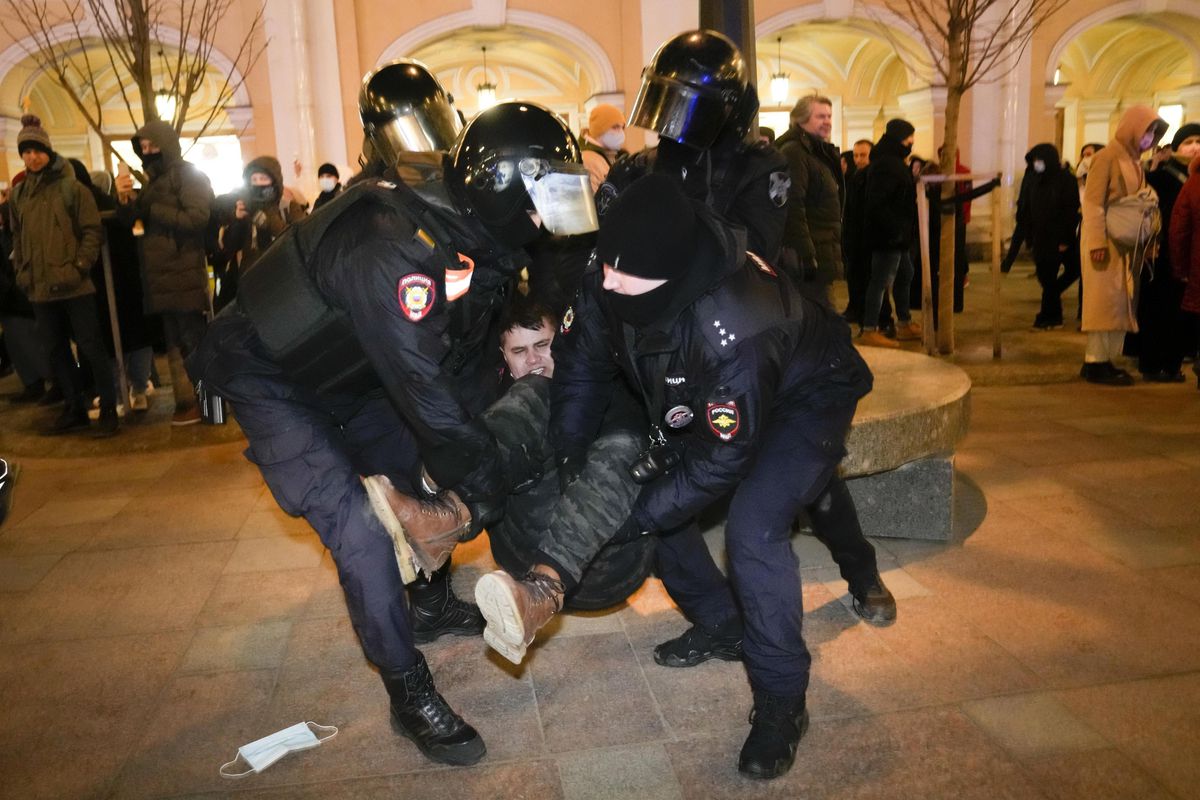 Police detain a demonstrator during an action against Russia's attack on Ukraine in St. Petersburg, Russia, Saturday, Feb. 26, 2022. Protests against the Russian invasion of Ukraine resumed on Saturday evening, with people taking to the streets of Moscow and St. Petersburg for the third straight day despite mass arrests. OVD-Info rights group reported that at least 325 people were detained in 26 Russian cities on Saturday in antiwar protests, nearly half of them in Moscow.(AP Photo/Dmitri Lovetsky)

During the Soviet era, Pravda and Izvestia, the official newspapers of the Communist Party and the government, were very influential. In Russian, Pravda means “truth” and Izvestia means “press or news.” However, both newspapers were propagandistic and sometimes twisted the facts.

The people knew this, but in private they would often say, “Pravda has no truth, Izvestia has no news.”

There was no freedom of speech to begin with. I will share a famous aphorism.

In the United States, an American would proudly tell his Soviet friend, “We have freedom of speech. I can stand in front of the White House and call our president an idiot any time I want.” The Soviet friend would reply, “It is the same in our country. I won’t be arrested for saying that the US president is an idiot in Red Square.”

In the Book of Tai Bo  in the Analects of Confucius, there is a phrase, “You might force people act according a certain principle, but you won’t be able to force them to understand it.” Putin (I will address him without his title) probably believes that the people should obey their rulers and there is no need to explain the details.

Russia is obsessed with information control. It has established a penalty of up to 15 years of imprisonment for the dissemination of “false information” reporting on military action against Ukraine that diverge from the official announcements. This is a challenge to “freedom of the press” aimed at intimidating the members of the Western media, even though the official announcement is false.

However, in this age of social networks (SNS), it is anachronistic to think that information can be controlled. Not only news organizations, but also each and every one of us is a media outlet. Even if Russian authorities say that it is fake news, they cannot completely control the Internet space.

Young Russians do not trust the state-run media and learn about the reality of the war through information online. Then they go out to join anti-war demonstrations. The Russian government has blocked access to Facebook and restricted use of Twitter because they fear the truth will spread through these media platforms.

I have remade one of the jokes from Takashi Hayasaka’s New Edition: World Jokes about Japanese (新・世界の日本人ジョーク集, Chuokoron Shinsho Publisher, La Clef series, in Japanese).

While visiting an elementary school, Putin asked students, “Do you have any questions?” Alexei raised his hand and asked, “Isn’t sending troops into Ukraine an invasion?” Then, the chimes ring to announce a break.

After the break, Nikolai now asked three questions. ‘Isn’t Ukraine an invasion? Why did the chime ring 30 minutes earlier than usual? Where did Alexei go?”


Truth will hunt down dictators.