Fumio Kishida’s India Visit: A Step in the Right Direction 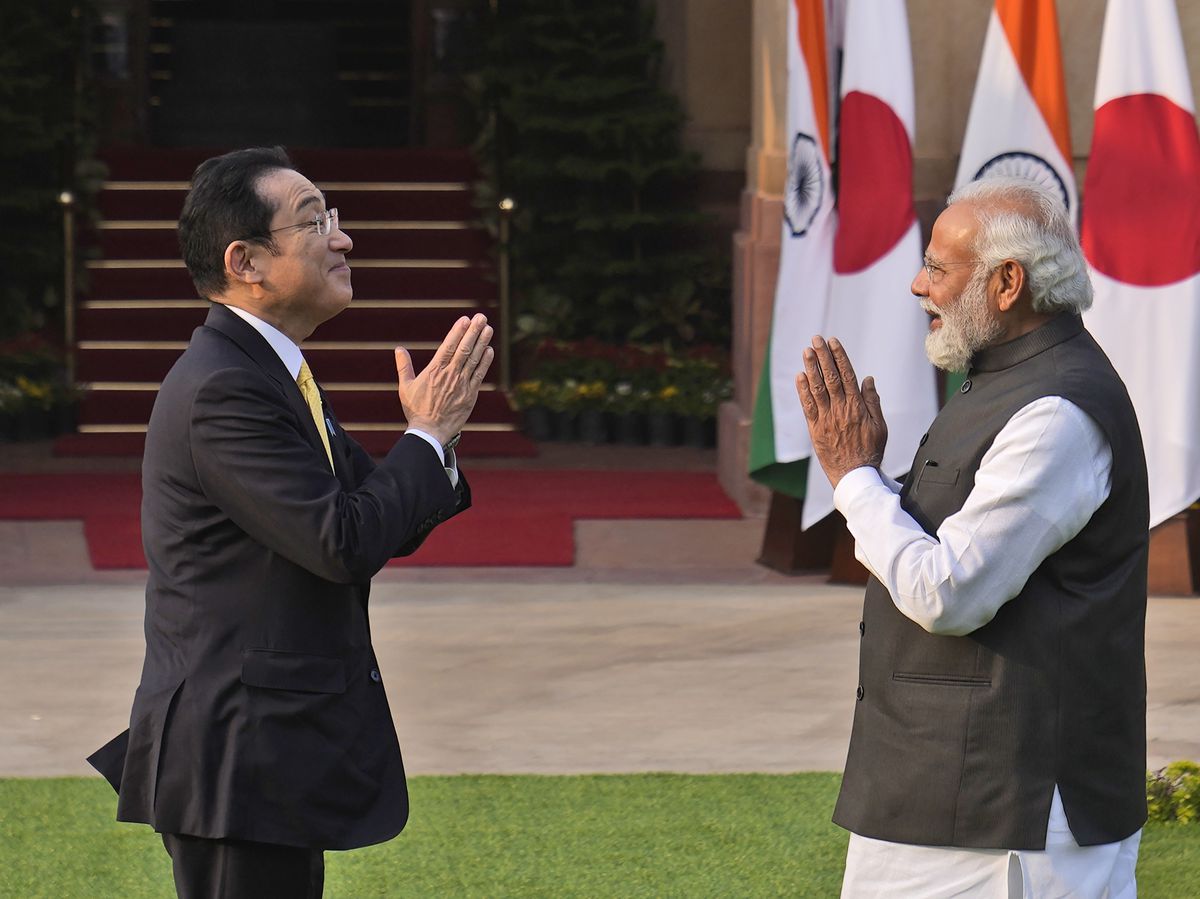 Japanese Prime Minister Fumio Kishida’s March 19 arrival in India marked the first visit by a serving Japanese PM to India in four and a half years.  This presented an opportunity to kickstart the annual summit process between the two countries.

The annual summits between Japan and India have not been held since October 2018 due to a host of reasons, including the Citizenship Amendment Act (CAA) protests in the Northeastern state of Assam, where the annual summit was scheduled to be held in December 2019, and the COVID pandemic.

The two countries' relationship has been elevated to a Special Strategic and Global Partnership since 2014, and 2022 marks 70 years since the establishment of diplomatic ties between India and Japan. Hence it is a special occasion. PM Kishida’s visit is also important as it was the first bilateral meeting between the two heads of state since Mr. Kishida took charge in Tokyo.

The most important issue where the two countries do not concur is about Russia. Since the Ukraine crisis, India has steadfastly stayed away from criticizing Russia, including abstaining from several key resolutions criticizing the Russian invasion of Ukraine at the United Nations. On the other hand, Japan has stood with its Western partners in implementing strong sanctions against Russia.

However, the joint statement released at the annual summit notes that the two sides “reiterated their call for an immediate cessation of violence [in Ukraine] and noted that there was no other choice but the path of dialogue and diplomacy for resolution of the conflict,” although there was no specific mention of Russia.  In addition, it is also worth noting that Japan and Russia have a territorial dispute over what is known as the Northern Territories in Japan.

During this visit, Prime Minister Kishida announced a plan to invest ￥5 trillion JPY ($42 billion USD) in India over five years. In 2014, the two sides had agreed on a  JPY 3.5 trillion ($28.9 million USD) investment during 2014-19 and that target has been met.

Japan and India have set up what is known as the Act East Forum (AEF) for promoting cooperation between the two countries in the Northeastern part of India. Financial support has been provided through the Japan International Cooperation Agency (JICA) to the tune of ￥25,483 million JPY ($211 million USD) towards the construction of India’s longest bridge between Dhubri in Assam and Phulbari in Meghalaya.

Japan-India relations reached their present status under former Japanese Prime Minister Shinzo Abe and Prime Minister Narendra Modi in India. During the last visit of the Indian PM to Japan in October 2018, he was hosted by his former Japanese counterpart, Mr. Abe, at his holiday home in picturesque Yamanashi prefecture.

One of the biggest projects between the two countries is the Mumbai-Ahmedabad high-speed railway project. This assumes significance in the light of the fact that Indonesia had earlier gone in favor of a joint Chinese-Indonesian bid instead of the Japanese bid for a high-speed railway between Jakarta and Bandung. Along with it, the largest amount of Japanese Official Development Assistance has come to India since 2003.

Nevertheless, there are quite a few other challenges in the bilateral ties.

The defense ties between the two countries also have yet to move forward. The much-vaunted and much delayed Shinmaywa US-2 deal between Delhi and Tokyo has yet to go through.

Although the Japan Self-Defense Forces (SDF) and the Indian Defense Services have been holding joint exercises, the Japanese SDF is still hobbled by restrictions on its mandate. In addition, India still uses a lot of military hardware of Soviet or Russian origin, which creates interoperability problems.

There are other areas of convergence between India and Japan. One of them is the Quadrilateral Security Dialogue, better known as the Quad, consisting of member countries India, Japan, Australia and the United States.

Under the Quad mechanism, these four countries are also collaborating in the fight against the coronavirus pandemic. And later this year, the Indian prime minister will be visiting Japan for the Quad leaders’ summit.

While China is a common area of concern for both India and Japan, there are worries in some circles in India that Prime Minister Kishida may be a relatively dovish leader owing, among other things, to his origins in Hiroshima, a city that has seen the impact of the use of atomic weapons.

Japan and India surely have some hard work ahead on the economic front, where the ties haven’t kept pace with the progress on the political front.

In addition, the Ukraine issue could severely impact their bilateral ties. New Delhi will sooner or later have to take a call on this issue. India and Japan should realize that the current crisis in Ukraine may embolden China to behave in a similarly aggressive fashion in the Indo-Pacific, which is not in the interests of either India or Japan.

Dr. Borah is a Senior Research Fellow with the Japan Forum for Strategic Studies. The views expressed here are personal. Twitter @rupakj