U.S. is Wary of China’s Political Ops Through ‘Friendship’ Group with Japanese Lawmakers 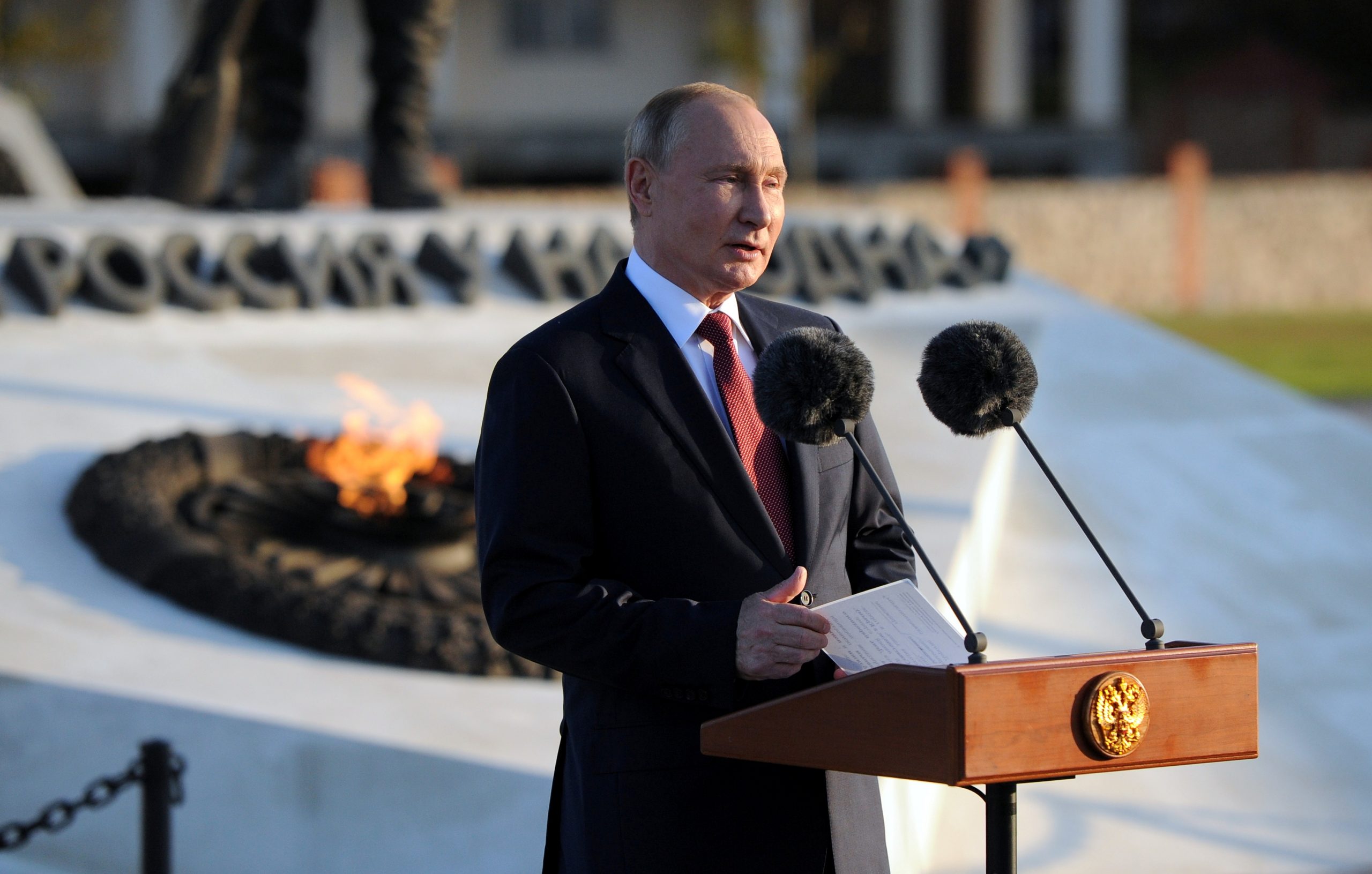 Russian President Vladimir Putin delivers a speech as he visits a monument, dedicated to the end of the Civil War of 1917-1922, on Russia's Unity Day in Sevastopol, Crimea November 4, 2021. Sputnik/Mikhail Klimentyev/Kremlin via REUTERS

Russian President Vladimir Putin believes that eastern Ukraine, which (like Crimea) is home to many Russians, belongs to Russia — and he wants to take it back.

His desire is reflected by the Russian military’s continued encroachment into eastern Ukraine for the past several years. With Russia’s movements becoming increasingly suspicious, this winter could provide a dangerously perfect opportunity for Putin to seize eastern Ukraine.

Why is the Russian military spending its financial resources just to send its troops to the Ukrainian border and then withdraw them?

The answer lies in Russia’s ambitions for eastern Ukraine. The repeated sending and withdrawing of troops are intended to create a boy-who-cried-wolf effect, meaning that even if the Russian troops gather near the border for an actual invasion, the Ukrainians will assume that they will withdraw again.

Caught off guard, the Ukrainians will not be able to resist.

Without a doubt, Russia is pulling the strings behind the crisis at the Belarus-Poland border. Why is Belarus pushing the huge influx of migrants to the Polish border and harassing Europe? It must be receiving some financial or political reward from Russia, such as the supply of natural gas.

If so, why would Russia bother investing its financial resources into a migrant crisis?

Because it has something else to gain.

Sending migrants to the border will only cause confusion, and Russia won’t gain any money or territory by doing so. The sanctions imposed by the West won’t go away either.

In other words, the confusion itself, caused by the “weapon of migrants,” is the purpose of Russia’s machinations. The confusion diverts Western attention from the Ukrainian border.

But Russia doesn’t want a Japan and United States versus China and Russia conflict. And it was already wary of getting too close to China and East Asia.

Russia wants to gradually regain the European regions around it by taking advantage of the confusion and using salami-slicing tactics while the United States has its hands full with China issues. Russia’s main interest is in Europe and the Middle East, not in East Asia.

But Russia agreed to cooperate with China to intimidate Japan because it wanted China to be in its debt.

If Russia seizes eastern Ukraine amid the confusion in Europe caused by the pandemic and oil shortages, the West will doubtlessly strengthen economic sanctions against Russia, even if it doesn’t launch a military counterattack.

But if China moves to Russia’s defense, Moscow can avoid complete isolation from the rest of the world and also obtain basic necessities from China. If Russia can support the livelihood of its people, it can buy time to wait for the situation to change in its favor.

This is why Russia joined China’s military exercise that circled the Japanese archipelago, which at first glance seemed to be of little benefit to Russia.

Here, Russia has another trump card: it can stop the natural gas pipelines that run through Ukraine. This would cause panic in both Ukraine and Germany, and Russia would be able to negotiate a ceasefire.

The rising prices of natural gas and crude oil due to shortages this year will give the Russians the high ground in negotiations.

Furthermore, if the pandemic resurges in Europe and the United States during the winter and necessitates another lockdown, the public would not be in the mood for going to war, even in the event of a Russian invasion of eastern Ukraine.

If Russia stops the natural gas pipelines during the pandemic, and people find themselves facing the prospect of enduring the cold winter without power, public sentiment may prefer to leave Russia and eastern Ukraine alone.

In fact, there have been frequent coups around the world since the pandemic, including in Myanmar.

Russia may likewise be planning a double-sided operation in eastern Ukraine: a pro-Russian militia coup to take control of the local government, and an attack on Ukrainian troops near the border by unidentified forces.

Chances of Russian Invasion At Least 50%

On August 8, 2008, the day of the opening ceremony of the Beijing Olympics, Russian troops intervened in the conflict in Georgia in the South Caucasus region and the pro-Russian South Ossetia, which had declared independence from Georgia.

The Beijing Winter Olympics will open on February 4, 2022. I estimate that there is at least a 50% chance that President Putin will invade and occupy eastern Ukraine around that time.

The world should be on guard for coups and civil unrest in eastern Ukraine this winter. But hopefully, my humble prediction will not come true.

Nanae Hasegawa is a blogger who lives in Chiba Prefecture and publishes the online comic strip entitled, Alien Sakurada, Laughing at the World She has authored various publications, including Unraveling Japanese Civilization with the Seventeen Article Constitution: Japan from the Perspective of Pluralistic Relativism (Sankei Livre). https://note.com/nanaehasegawa/n/nb10d16fcd281 Twitter: @hasegawananae17