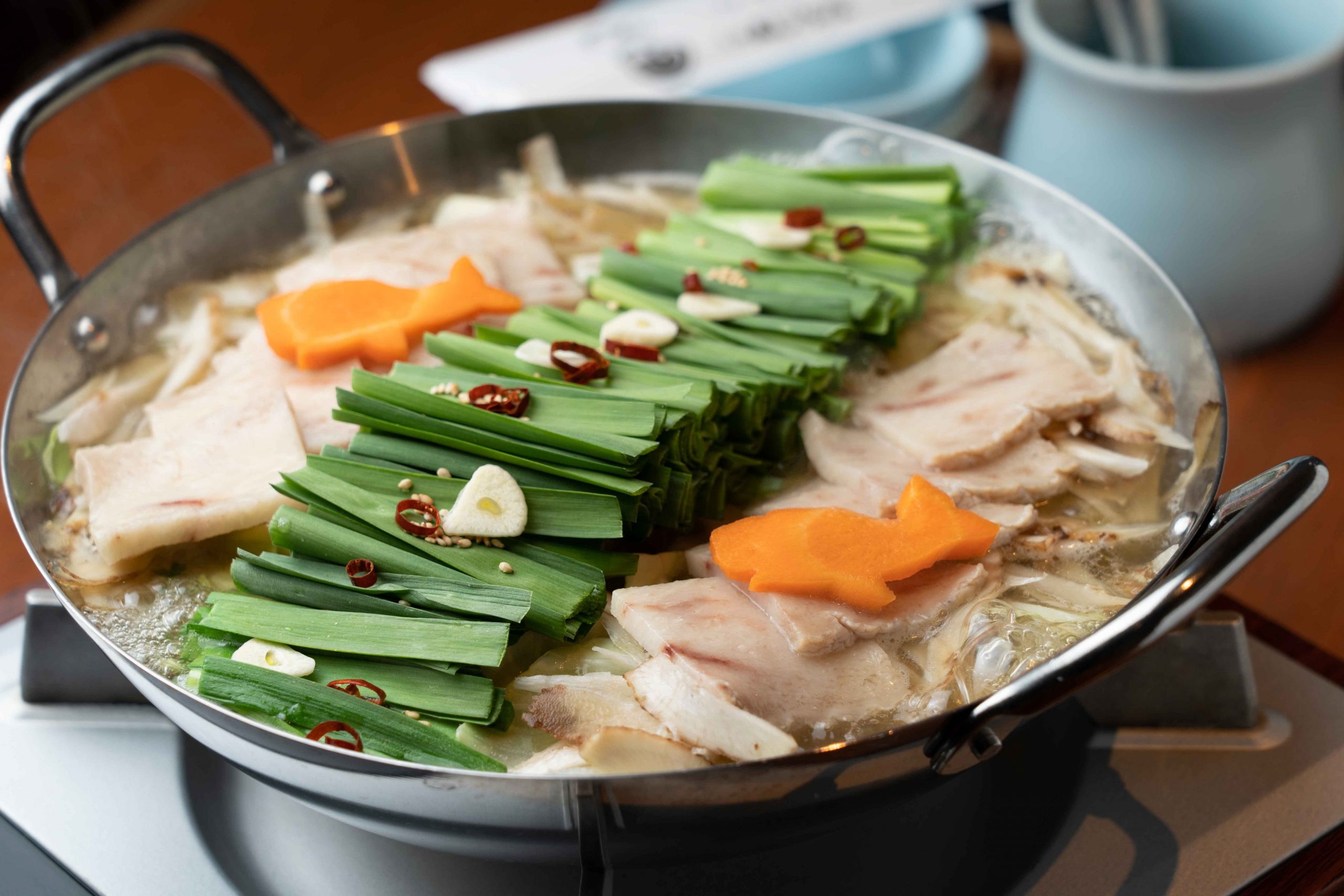 In an effort to spread awareness of the unique, savory taste of whale meat, whaling operator Kyodo Senpaku will be serving up meals at the upcoming Japan Fishermen’s Festival, to be held at Hibiya Park in central Tokyo from November 19 to 21.

The company’s “Whale Japan” food truck, which began operating in March, will prepare a new twist on a Japanese soul food perfectly suited for the winter months. On offer will be “motsunabe,” a popular winter hotpot, with the unique addition of “saezuri,” or whale tongue, a rare delicacy in Japan. The dish is a famous menu item at “Ganzo Whale Restaurant,” a traditional whale eatery in Tokyo’s Shibuya district that has been in operation since 1950.

The dish uses a garlic-based soup to diffuse the oils of the meat, producing a unique, delicious flavor, allowing diners to enjoy the soft texture of the “saezuri” meat combined with the sweetness of the oils. Kiyohiko Tanahashi, who runs the whale restaurant, said the dish has been a hit.

“Saezuri is usually eaten in ‘hari-hari’ hotpots that use ‘mizuna’ mustard greens, but that doesn’t really appeal to the younger generation. We wanted something that would excite younger customers, and so two years ago we tried ‘motsunabe’ for a little extra punch. The taste will hook you – we get a lot of repeat customers.”

Takahashi is the fourth-generation of his family to operate the eatery, which was opened as a specialty whale restaurant after World War II, when whale meat played a major role in sustaining a hungry and devastated Japan. Today, faced with a steady decrease in domestic whale consumption, Takahashi remains positive. “If you try whale meat, you’ll understand how delicious it is. I will stay devoted to serving whale, and work to educate each and every potential customer on how good it is” he said.

Japanese commercial whaling resumed three years ago in 2019, 31 years after the country followed a temporary moratorium imposed by the International Whaling Commission in 1988. The number of Japanese, especially among younger generations, that have never eaten whale is steadily increasing.

Whale has been a part of Japanese food culture since antiquity, and plays an important role in Japan’s sustainable use of its ocean resources. Providing more opportunities for diners to try whale dishes and revive consumption is crucial.

Kyodo Senpaku, which operates a factory whaling fleet, runs the “Whale Japan” food truck. The truck normally offers dishes like whale curry, with whale meat and “saezuri,” at office neighborhoods and special events. “Whale meat is high in protein and low in calories. It is packed with balenine, which is known to aid physical recovery. We want to promote whale meat as a food that is as rare and valuable as a diamond,” said company president Hideko Tokoro.