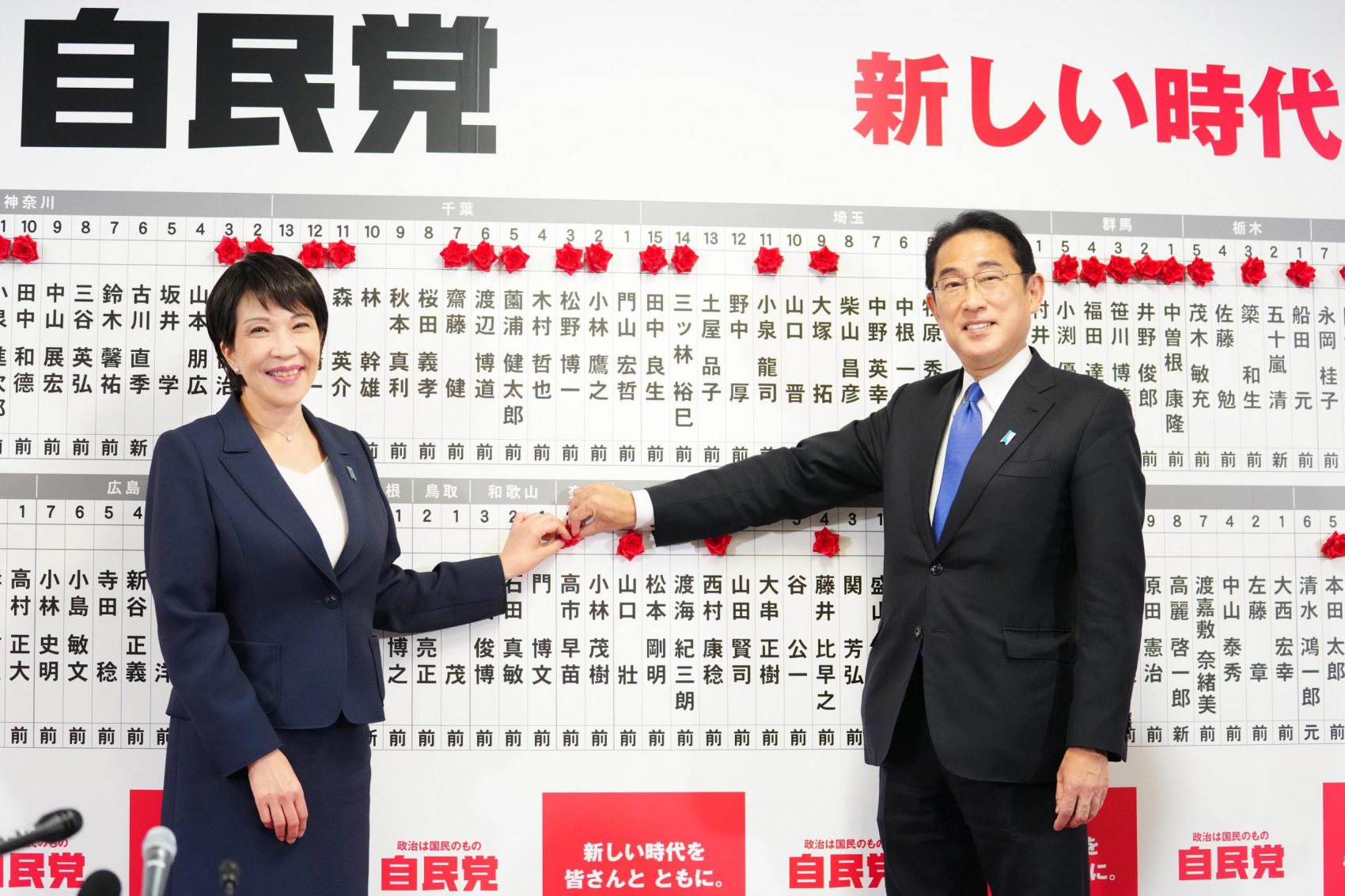 I have often admired former Prime Minister Shinzo Abe for coming up with the concept of the three arrows.

The arrows became a memorable metaphor to explain complex economic ideas. Unfortunately, most of the economists I've interviewed say that they were relatively ineffective weapons to deal with Japan`s profound economic problems.

Given this negative perception, I can understand why in political circles, the language changed and the arrows were placed in storage. The metaphor also seemed somewhat misleading when it was applied to reforming the way Japan is run.

To my disappointment, many of the little arrows fired in the spirit of reform missed their targets. Others were deflected by powerful institutions, such as the civil service.

Yet now it appears that newly-elected Prime Minister Fumio Kishida will be firing the arrows again, probably with Mr. Abe standing behind him, loading the ammunition into his quiver.

One of the big arrows - an ultra-low interest rate environment maintained by the central bank - has been at the forefront of Japan's economic policy for years.

Even though many other countries are currently nudging up interest rates in response to global inflationary pressure, the Bank of Japan seems determined to keep its short-term interest rates in negative territory and maintain long-term rates at around zero.

In response to the COVID-19 crisis, the Bank also continues to spend billions of yen each month buying corporate bonds and backing interest-free loans to coronavirus-hit businesses.

Another arrow which has been a characteristic of Japanese fiscal policy since the 1990s is the use of government spending as a means of economic stimulus.

On Sunday, as soon as the provisional election results confirmed that Mr. Kishida would be leading a majority, the prime minister promised to continue with this process and to increase spending as soon as parliament allows.

“I would like to lay out economic measures as soon as possible, including what we talked about during the election campaign. We would like to enact the supplementary budget by the end of this year,” he told reporters.

The Liberal Democratic Party (LDP) has promised extra financial support for households with children and a good deal of help for small businesses, which are an important pillar of the Japanese economy.

Yet the economists I have consulted warn that all too often the government ends up pouring money into projects that do limited social good over the long-term. It also has a habit of prolonging the lives of enterprises which have drifted away from being commercially viable.

In the run-up to the election, Mr. Kishida made bold pledges, involving an "income-doubling plan" and a "new style of Japanese capitalism."

His key idea seems to be that middle class people will enjoy the benefits of economic growth, as companies raise wages. This is designed to have a special appeal to men and women who are considering starting a family and thus help offset Japan's falling birthrate.

This principle takes us back to the era of Abenomics, which funded free childcare and pushed for better working conditions among parents.

These emotionally charged issues are of political value, suggesting the LDP remains a party which cares for people's welfare. Its opponents, such as the Constitutional Democratic Party, used their election campaigns to complain that the LDP is threadbare of ideas and is chugging along the "Abe-Suga line.”

Nevertheless, following Sunday`s election, the LDP remains firmly in power and the left remains in opposition. This presents Mr. Kishida and his new team with an opportunity to act decisively.

There are many ways his center-right party could promote economic growth, such as through trade deals, deregulation and a more prudent approach towards fiscal policy.

The benefits of those measures will take time to show through. And they cannot be relied upon to immediately enrich the middle-classes. But I believe taking a long-term approach is much bolder than a scramble to push the private sector into raising wages.

There is a political principle at stake here. It is not in keeping with a conservative party in a free-market capitalist country to become embroiled in the remuneration policy of businesses, which are not on the payroll of the government.

Managers and company boards must be entrusted to decide sensible ways to pay their staff. The scrutiny should be from shareholders, rather than politicians.

I also feel that this is not the right time for major employers, such as those in the automotive sector, to offer generous pay rises, given that in many factories output is falling, partly as a result of supply chain problems.

Of course, if a company can increase its profits through improved productivity and higher sales, it should be expected to reward its employees. But this should reflect its performance, rather than be mandated from outside.

Furthermore, despite the disruption caused by the pandemic, the jobs market is relatively stable at the moment. Japan's seasonally adjusted jobless rate remained at 2.8 percent in September, the same figure reported the previous month.

And in many parts of the country, there are more vacancies on offer than job seekers to fill them - although this is not the case in Tokyo.

So there is an argument that if employers want to attract good people to work for them, they could offer better money or more attractive conditions. Such incentives could form part of the new capitalism that Mr. Kishida has been talking about.

Many of Japan's economic constraints lie with a moribund system. The constitution of the Liberal Democratic Party of Japan says that “it must look to the future by committing to ongoing reform.”

Its leaders should prove this by displaying zeal for change. That would also be the best way for Mr. Kishida to demonstrate his new form of capitalism.

Duncan Bartlett is a regular contributor to Japan Forward and is the Editor of Asian Affairs magazine. He is currently teaching diplomacy and international relations on the Economist Executive Education course, A New Global Order.