EDITORIAL | At COP26, Japan Must Make the Case for Minimal Carbon Reduction 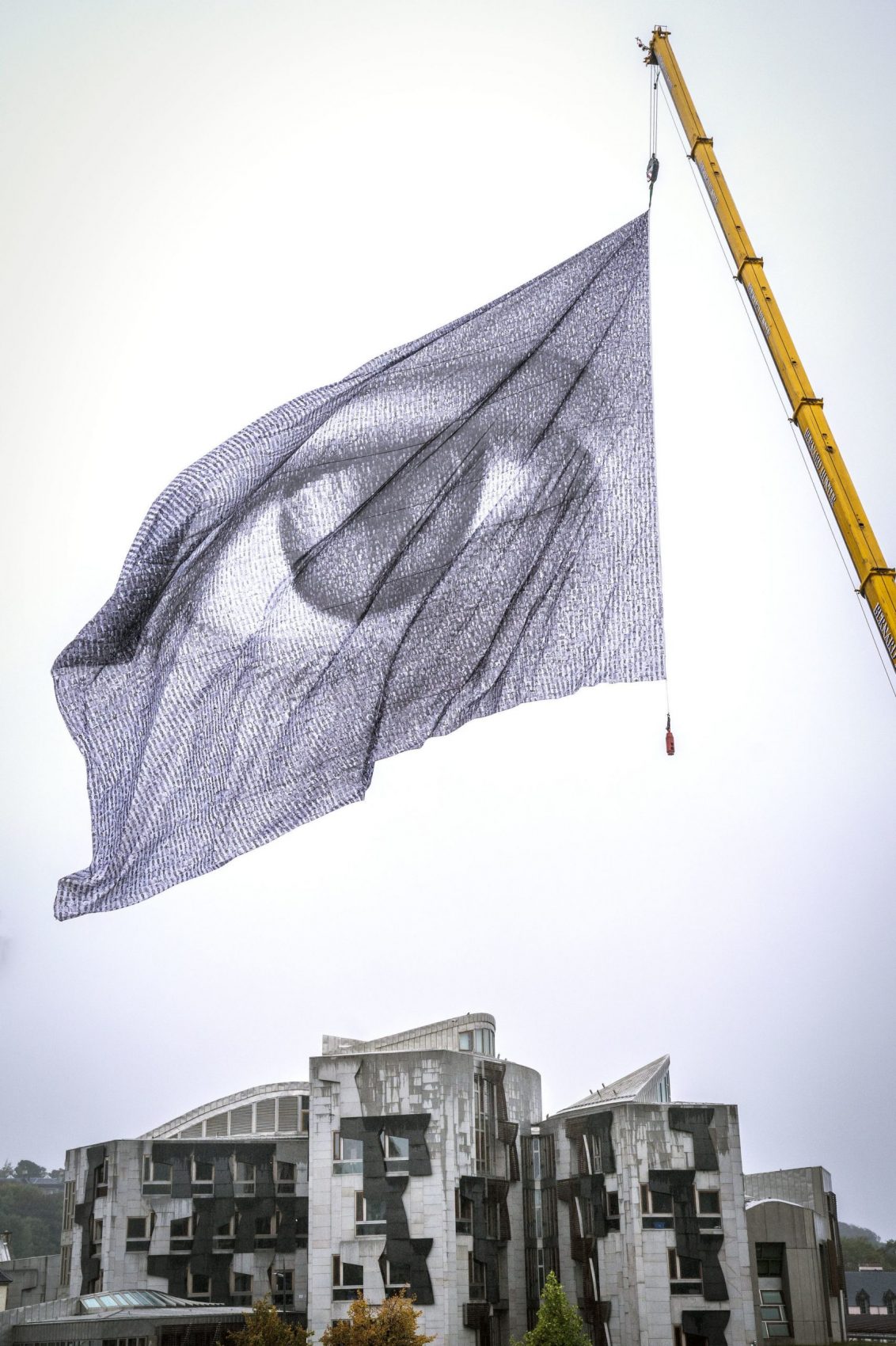 The aerial climate installation by Swiss artist Dan Acher 'We Are Watching' is unveiled at Our Dynamic Earth in Edinburgh, Scotland, Tuesday, Oct. 12, 2021. The global flag, which is the size of a 10-story building and features an eye made up of thousands of portraits, is visiting Scotland for the first time ahead of COP26. (Jane Barlow/PA via AP)

Much of the focus will be on reinforcing the “2030 target,” on the path to becoming carbon neutral by 2050.

United Nations agencies and panels have come out with additional global warming predictions. From those, it seems likely that Japan could be pressured further at the global environment meeting to reduce its emissions.

There will be a world leaders summit at the start of COP26. Kishida is set to arrive on the final day of this summit, on November 2. In the meetings, the UK is preparing to promote “lofty ambitions” concerning emissions reductions, including the invitation of climate activist Greta Thunberg.

Japan has told the UN that it aims to reduce its greenhouse gas emissions by 46% by fiscal 2030 (compared to fiscal 2013). But this target, which was based on a proposal by former Environment Minister Shinjiro Koizumi, is too high, considering the actual situation in Japan.

If this target is raised even further, Japanese industry will collapse and, with it, people’s daily lives. We want Kishida to attend COP26 with this point in mind.

Japan has been a global pioneer in energy conservation. It must be explained to the 120 or so participating nations at COP26, that Japan has little room left for further reductions.

China alone accounts for 30% of global carbon dioxide emissions, whereas Japan’s emissions are only one-tenth of this figure.

COP26 is a chance for straight talk about Japan’s pioneering efforts. It will also introduce the new prime minister, who should explain clearly the country’s current situation and show an assured presence to the rest of the world.

The UK, which is hosting COP26, is calling strongly for the total abolition of coal-fired power generation — by 2030 for developed nations, and by 2040 for developing nations. Japan’s latest energy plan, which was approved recently, states that coal-fired power will account for 19% of total power supply in fiscal 2030.

If UK Prime Minister Boris Johnson complains about this figure, Kishida must stand firm and explain that the energy situations in Japan and Britain are different.

At COP26, the Japanese prime minister must showcase the fact that Japan possesses optimal technology that will help in achieving the goal of carbon neutrality by 2050. For example, high-temperature gas reactors which boast outstanding safety.

Energy from hydrogen is available, and is versatile in terms of being a heat source.

Small modular reactors are also an option. These kinds of new-wave power generation are of deep interest both in the United States and the UK.