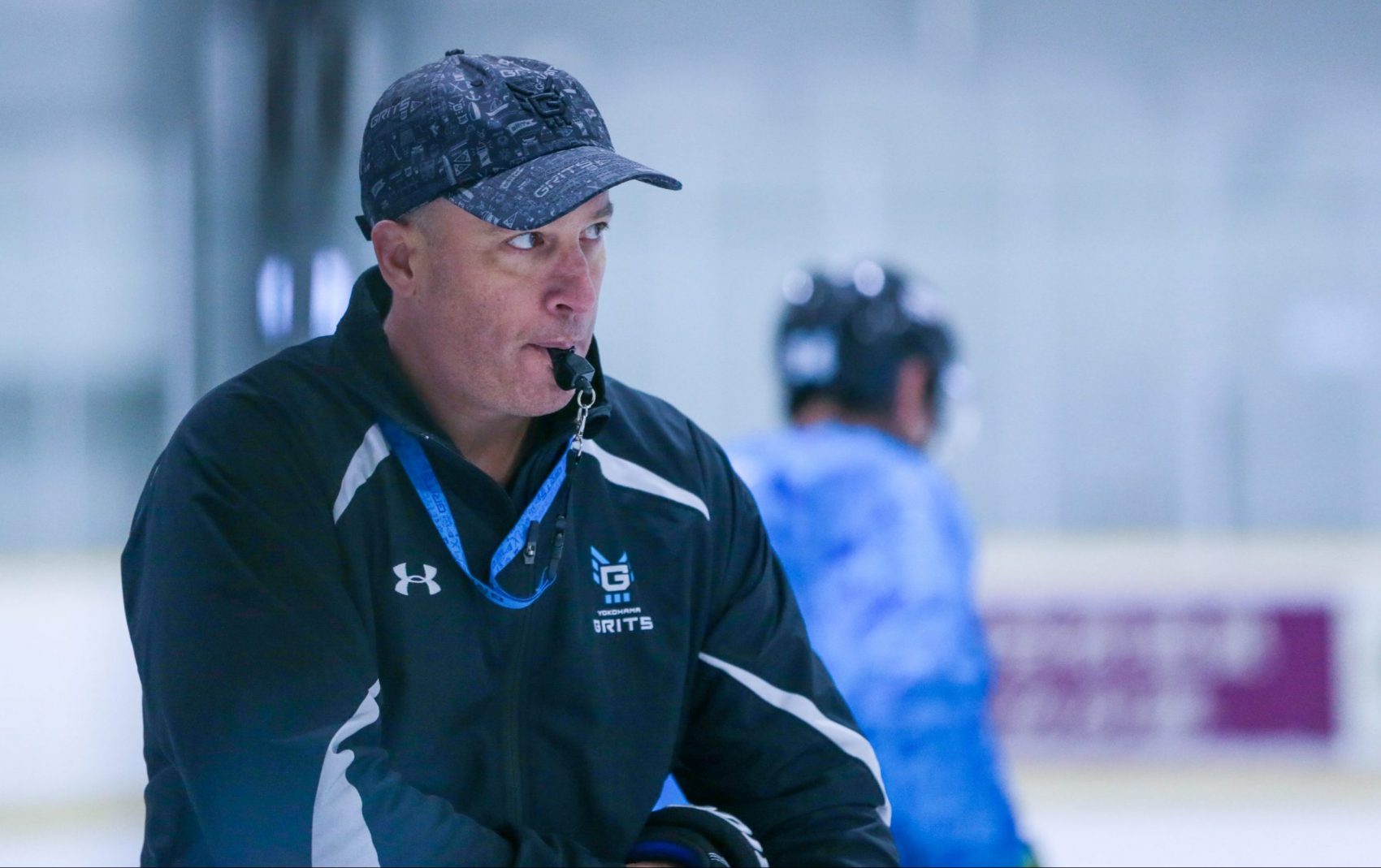 As a player in the National Hockey League, Mike Kennedy faced numerous challenges. As coach of an expansion hockey team in Japan, he’s got a whole new set of obstacles to overcome.

Kennedy, who played five seasons in the NHL with the Dallas Stars, Toronto Maple Leafs and New York Islanders between 1994-1999, was named head coach of the Yokohama Grits of Asia League Ice Hockey before the start of their inaugural season in 2020.

A scrappy center who scored 16 goals and added 36 assists in 145 games with 132 penalty minutes, Kennedy is now using some of the lessons he learned at the highest level of the sport in his coaching duties with the Grits.

Starting an expansion team is tough enough in itself, but throw in COVID-19 and the challenges are multiplied tenfold.

“Opening a brand new hockey team or any business during COVID [the COVID-19 pandemic] is going to be a slap in the face,” Kennedy said in a recent interview. “We did the best we could last year and I am hoping we can gain some momentum this year. But it hasn’t gone away yet, it is still around and the lingering effect is troublesome to any brand new franchise anywhere.”

The Grits are not your average hockey team. The team is made up mostly of retired Asia League players and a handful of college players.

They recorded their first-ever win on Saturday, October 30, a 2-1 road decision over the Tohoku Free Blades in Hachinohe, Aomori Prefecture.

“A team full of players that no other team in the league wanted went out and kicked some butt,” Kennedy said. “We focus on habits every day. It’s beginning to show up in how we play.”

The Grits have a strict policy that every player must have a full-time 40-hour per week job. That’s great for their long-term future, but presents many obstacles for their on ice results. The amount of time the players can commit to practice is drastically reduced compared to other teams in the league.

Prior to Saturday, the Grits were winless. But, as Kennedy points out, they were close in about half of their games.

“It’s kind of like a minor league team playing in a pro league,” Kennedy says. “It’s a different model, it’s a bit tougher but I tell my players they are lucky because they are building on a track toward real success.”

“We’ve been close in about 10 games out of 23,” Kennedy added. “Our guys work full time, they don’t come to practice very often and we’ve got a lot of different challenges. But at the end of the day, we’re close in about half the games we play which is a big compliment to the players.”

Surprisingly, the language barrier hasn’t been one of the biggest challenges.

“The language barrier hasn’t been a big problem because about 60 percent of the team speaks English,” Kennedy said. “The guys who don’t can just pair up with someone who does.”

The bigger challenge, Kennedy says, has been instilling hockey sense in his players.

“The habits of a pro hockey player [in Japan] aren’t quite there from what my team has, so we are trying to instill in these players better habits to play at the highest level,” Kennedy said.

“A poor habit might be trying to control the puck in a dangerous area, not chipping it into a safe area,” Kennedy added. “I think defending is just a general deficiency of the Japanese players, especially the forwards, they are not good at defending. But we’ve made big improvements, we’re getting better.”

Kennedy is a great believer in getting his players to make the right decisions on the ice and his practices are structured that way. The problem so far, he says, is getting them to do in a game what they have shown they can do in practice.

He likens their performance in game situations to driving on the wrong side of the road in a foreign country.

“In practice, we are excellent at communicating on the ice, no problems,” Kennedy said. “But when we get to that game scenario, our team freezes like they are driving on the wrong side of the road.  They know how to drive but they forget how to talk because everything is happening at such a fast pace.”

Hockey is still a minor sport in Japan. The Grits are the only team based in the Kanto region that includes Tokyo and Yokohama and has a population of roughly 35 million.

The East Hokkaido Cranes and Red Eagles Hokkaido are based on the northern island of Hokkaido, which is Japan’s hockey hotbed.

The Asia League’s Nikko Ice Bucks, who were highlighted in this recent JAPAN Forward feature, are based in Tochigi Prefecture, just north of Kanto. The Tohoku Free Blades play their home games in Aomori, the northernmost prefecture on Honshu island.

Forging a Friendship with a Future Hockey Owner

How the 49-year-old Kennedy ended up in Japan is an interesting story in itself.

He went to high school in the Toronto suburb of Etobicoke, until his stepfather got a job as a head swim coach at the University of British Columbia.

When the family moved out west, Kennedy enrolled in high school for Grade 11, and it was there that he met Takashi Mikoshiba. As outsiders, the two bonded over their love of sports and became lifelong friends.

When Mikoshiba co-founded the Grits in 2019, he asked his old high school pal if he would like to coach the team ーand Kennedy jumped at the opportunity. Mikoshiba played hockey himself, but ended up working for a global venture capital firm. Hence the team policy about working outside of hockey.

That one year in Grade 11 out west made a huge difference in Kennedy’s life.

Kennedy, who has coached youth hockey and the University of Calgary men’s team before coming to Japan, makes no secret of the fact that his ultimate goal is to coach in the NHL someday.

“In the forward of my book ‘Make Hockey Great Again,’ [which was published in 2018], I decided to unleash what I think are my goals for the next 10 years,” Kennedy said. “I’m on year two of 10 on my way to getting the highest coaching job on the planet, which is coaching in the NHL.”