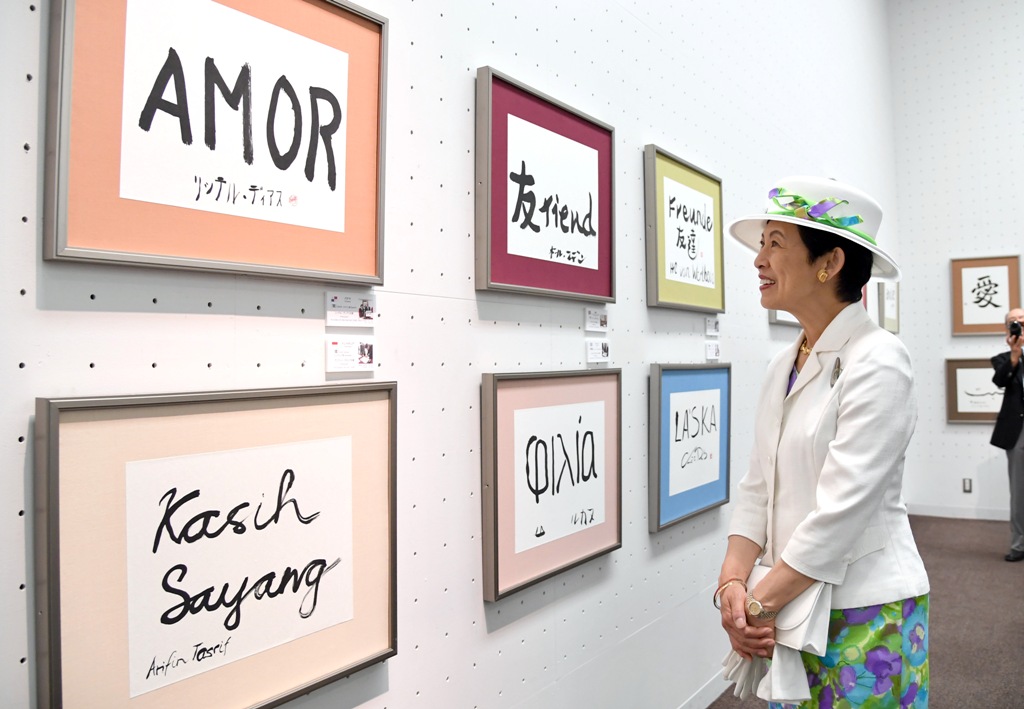 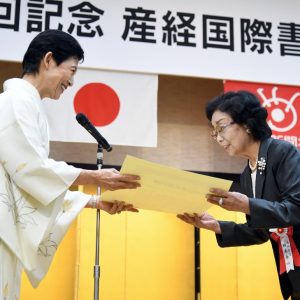 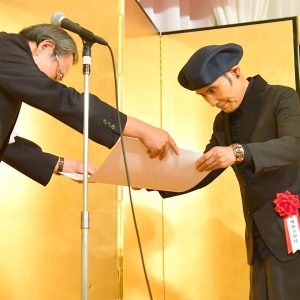 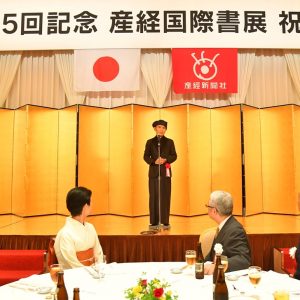 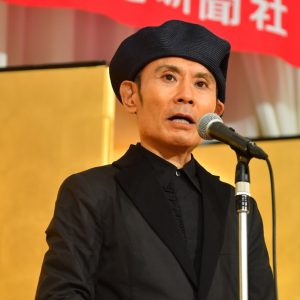 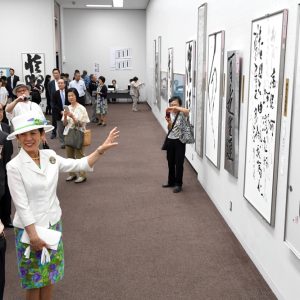 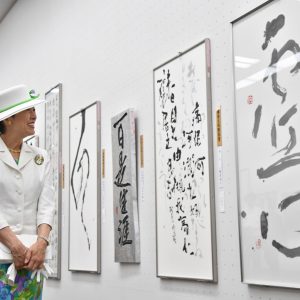 The awards presentation ceremony of the 35th Sankei International Calligraphy Exhibition was held on Tuesday, July 31, in the presence of Princess Hisako of Takamado.

The annual event, sponsored by The Sankei Shimbun, was held at the Meiji Kinenkan banquet hall in the Minato ward of Tokyo. This year, the motto was, “Forging ahead by boosting international exchanges through calligraphy.”

Working under the theme “connecting the world and Japan via calligraphy,” the event showcased works signifying the words, tomo (friend) and ai (love). Each of the works was written in the native languages of the participating ambassadors and other diplomats from 16 countries, including the United States and France.

This is the first time the Sankei-hosted exhibition has undertaken a special program featuring foreign embassies.

Following the commendation ceremony, a celebratory banquet was held for ambassadors and other diplomats from 11 countries, such as Afghanistan, Brazil, France, Indonesia, and Panama.

The event's preeminent prize, the Prince Takamodo Award, was bestowed on Japanese calligrapher Kohshin Sakamoto. The award was created to commemorate the late Prince Takamado, the husband of Princess Hisako who personally presented the certificate of commendation to Ms. Sakamoto.

During the ceremony, Princess Hisako commented on Ms. Sakamoto’s work, describing it as “graceful with profound lyricism.” The Princess also praised the 77-year-old female calligrapher as having made “a remarkable contribution to international exchanges by having her works exhibited in calligraphy fairs in such places as China and Taiwan.”

Mr. Seisen Iwama, 75, was chosen as the laureate for the Prime Minister’s Award. His certificate of commendation was presented by Takamitsu Kumasaka, chairman of the board of The Sankei Shimbun.

The Distinguished Service Award was conferred upon actor and painter Tsurutaro Kataoka, who has regularly entered his works since his first participation in the 24th Sankei International Calligraphy Exhibition.

The works on display in the exhibition will travel to major cities throughout Japan until December 2018.

Sankei board chairman Takamitsu Kumasaka, speaking on behalf of the sponsoring organization, specifically commended the participation of ambassadors and other diplomats in this year's event. Referring to the calligraphic works the diplomats had created, he added that they were “all brilliant, each piece having a rich flavor.”

Chairman Kumasaka added, “I have just become convinced anew that the proverbial saying, ‘One’s personality comes forth in one’s writing’ is absolutely on target." He added, "I sincerely hope to see friendly ties between Japan and the rest of the world deepening through calligraphy and helping to expedite efforts for advancing the cause of world peace.”