What There is to Learn from the Japanese Working Environment 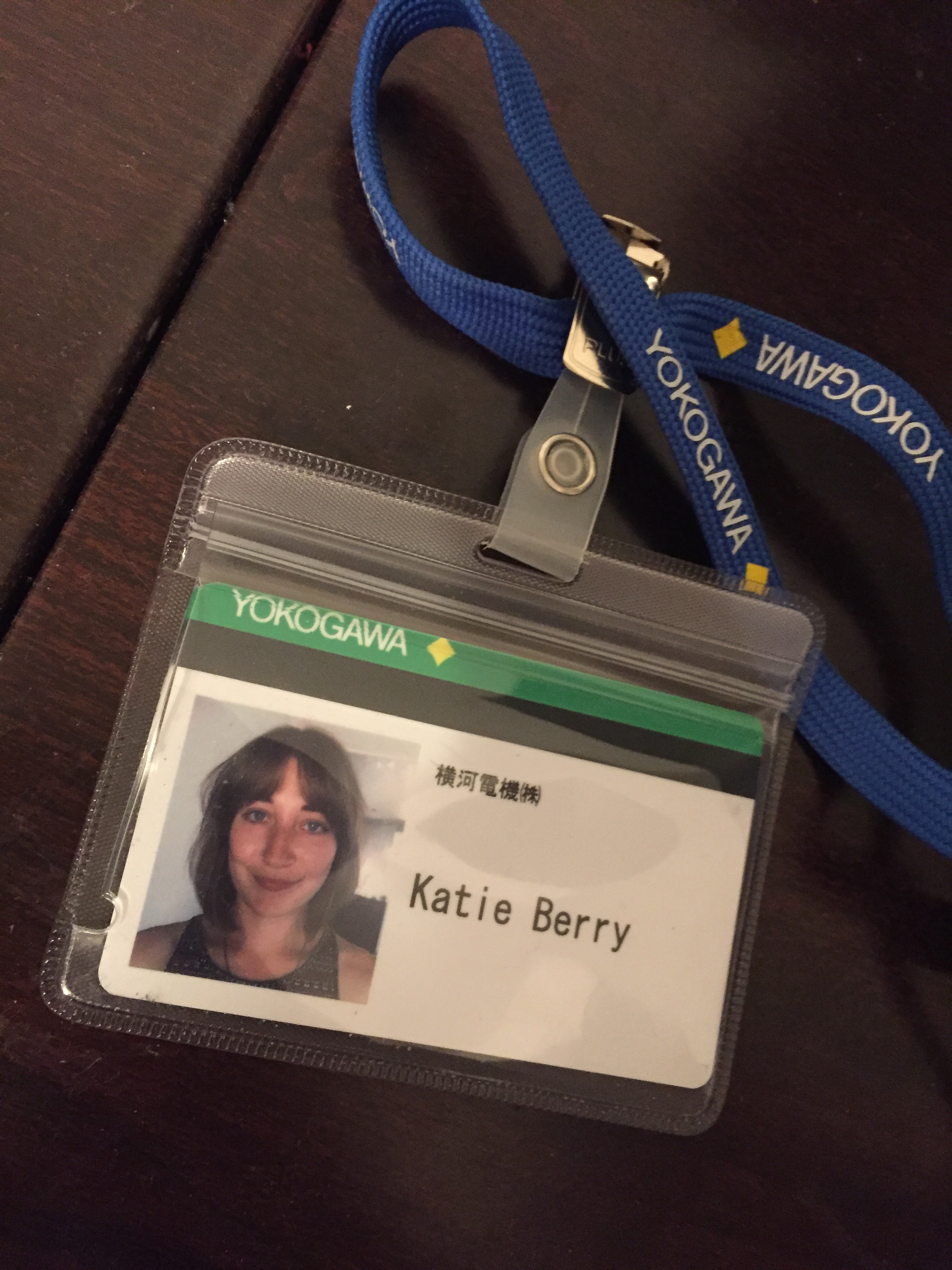 My name’s Katie and I’m a chemical engineering student from Scotland. I am working as a Diagnostics Intern at Yokogawa Electric Corporation in Musashino, Tokyo, for eight weeks this summer.

Reflecting on my first few weeks here in Japan, I think it would have been impossible for my pre-internship perception to have matched up with the reality of being here. Luckily for me, I enjoy the unexpected and am not usually one who craves home comforts.

Recently I heard the phrase ‘imposter syndrome’ for the first time, which I believe is a very apt choice of words to describe the feelings I experienced leading up to my departure from the UK. Anxiety was building inside me, telling me that the company I was going to had seriously overestimated my worth and that I was under qualified for the position.

Fortunately, this feeling soon diminished on meeting my new colleagues. The patient, kind and understanding mentality of the Japanese people has worked wonders for my confidence and belief in my own abilities.

Most of my work and university-related stress is born from a fear of making mistakes and appearing stupid. Now, thanks to the humble nature of all my co-workers, this is no longer a fear at all. They are always more than happy to help when you’re struggling and they don’t shame you for needing more time to understand a new concept.

This is such a refreshing change from the high-pressure environment in the UK. I often find myself wondering how differently things would operate if we in the UK adopted this work ethic. Personally, I know that my brain struggles to function in stressful situations and that my learning is massively improved simply by feeling at ease. The Japanese are known for being high-achievers, and who knows, their success could be partly due to this secret.

Here in Japan, my typical working day is guided by a series of melodic alarm tunes over the loudspeaker which mark the 8:30 am start, 11:45 am lunch break and 5:15 pm finish to the workday. Aside from this, my schedule varies day to day. I am given independent projects to work on, which usually involve time at my desk doing research and programming software. There are also occasional trips to the lab to carry out tests. Two to three times a week my progress is self-reported to my department’s members at meetings, which also serve to keep me in the loop on whatever everyone else is working on. This, in turn, makes me feel very much like a valued team member rather than a superfluous intern.

The level of organisation and timeliness here is something that has excited me more than it probably should have. It has been a revelation to find the level of ingrained timeliness, from train officials apologising for departing one minute late, to every meeting attendee arriving at least five minutes prior to the scheduled start time. For someone who lives their life in a constant rush and is perpetually stressed about time, it is such a weight off my shoulders to never have to deal with being held-up by meetings starting late or train delays. This level of efficiency has made me particularly fond of Japan, and in many ways jealous that they I’m not from a country where everyone shares the same views on punctuality as I do.

Before coming here, I naively (and incorrectly) thought my workplace would be fairly international. The novelty of having a Westerner in the workplace has resulted in me becoming somewhat of a celebrity in my office. It has also led to invitations to a varied assortment of department meetings which I suspect aren’t really related to my internship.

I’ve learned from my head of department that one area where the company feels they are lacking is communication in English and with foreigners in general, which I believe is an issue in many Japanese companies. In light of this, my company decided to utilize me by arranging daily one-on-one meetings between me and members of the department, so they can use this time to improve their communication skills. One major thing I’ve noticed from these meetings is how embarrassed Japanese people are of their supposedly “bad” English skills, which to me are actually pretty well developed and way beyond my grasp of the Japanese language!

It’s been so interesting getting to know the people who greet me daily with an “ohayo gozaimasu” and discovering their passion for their work. As they excitedly explain their roles in the company to me, I can’t help but smile at their genuine enthusiasm for what they do. Although most of these people are 30 years my senior and have a lot more knowledge in the industry than I do, the level of respect with which they treat me in these meetings is honestly heart-warming.

At home as a young, female engineering student, the daily prejudice you face is so expected it becomes almost unnoticeable. However, during these discussions with my Japanese co-workers, some of whom are in high level positions in the company, I have never once felt patronised or treated like an inconvenience.

Writing this article at the half-way point of my internship, I can now say I am well adapted to the Japanese way of life and the working environment which functions like a well-oiled machine. To anyone considering employment in Japan, I could not recommend it enough.

I’ve been influenced by so many people at work and I’m learning so much through the relationships I’ve developed with some of my colleagues that I can’t imagine not having chosen this internship. I’ll be elaborating on this more in the next installation of my ‘working in Japan’ blogs, so be sure stay tuned.