Prospects for Japanese Whaling: Dealing with the Impacts of Western Methods and Technology 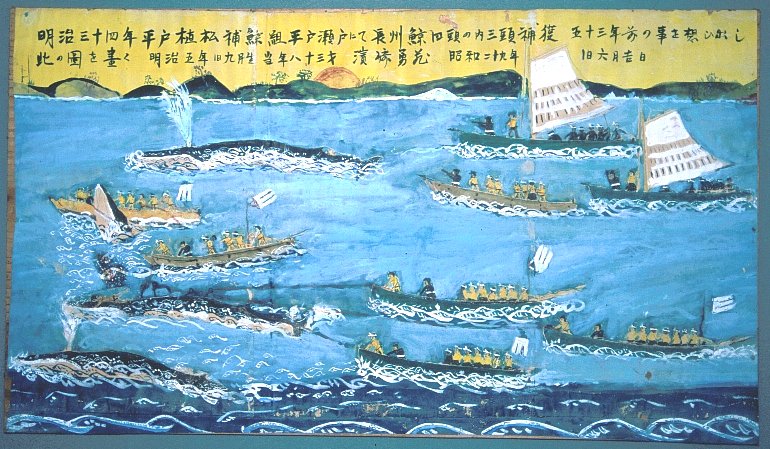 The decline of traditional whaling in the later part of the Edo Period (1603-1868) was driven by overhunting by the western whaling industry in Japanese coastal waters.

At the time, western whaling fleets advanced into oceans around the world on large sailing ships that carried multiple smaller boats. When whales were located, these boats were lowered to the water and hunting took place using hand harpoons.

Captured whales were brought alongside the ship, where the blubber just below the skin was peeled off for processing. Western hunters also took fat and oil from the heads of sperm whales and baleen from the mouths of right whales, but all other parts of the whales they caught were dumped at sea.

The blubber was processed into whale oil in vats on the deck of the ship, then stored in barrels in the hold for transport back to their home ports. Whale oil was used in street lights in cities and as a lubricant for machinery, becoming a valuable commodity that supported the industrial revolution and the modernization of western society. But whales were overhunted in the pursuit of profits. 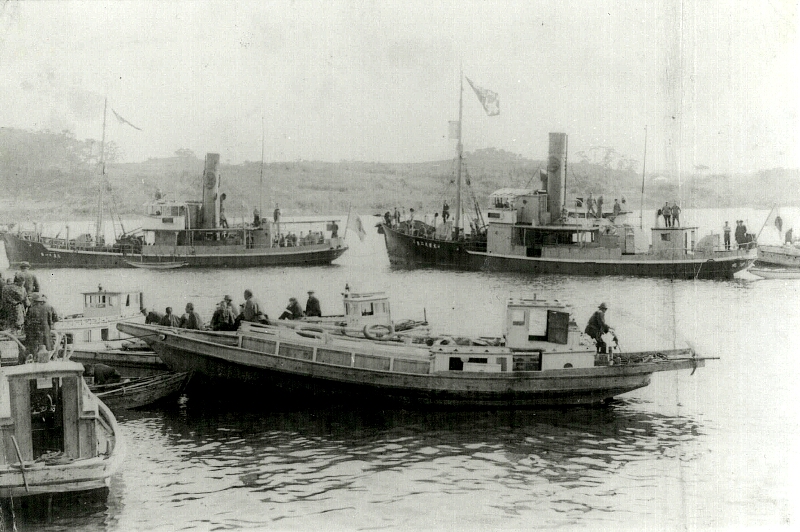 As whale species, such as right whales, declined in number during the Meiji Period (1868-1912), the Japanese traditional whaling industry sought to develop new whaling grounds and worked to improve existing hunting methods. Western technologies, such as whaling rifles, were implemented. But these changes were not enough to improve low catch rates.

At the same time, the Norwegian whaling method was developed. It combined harpoons and exploding tips into a single unit that was fired out of large cannons carried on engine-powered ships. In the late 1880s, Russian companies using this method in the Sea of Japan exported cheap whale meat into Japan, deepening the difficulties of the domestic traditional whaling industry. 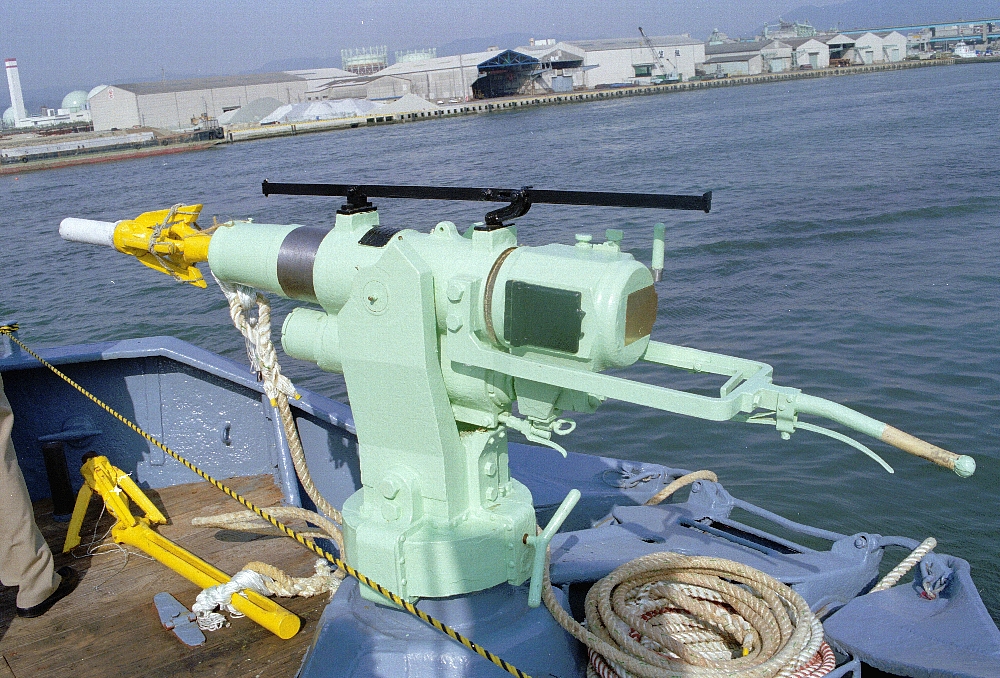 Japan began contemplating the adoption of the new Norwegian method to stay competitive, and it was implemented from 1899. That year the Enyo Hogei Company began trial operations, and the Nihon Enyo Gyogyo Company was established to use the method in the waters off the Korean peninsula. The latter became the Toyo Gyogyo Company, which operated across Japan starting in 1906.

This largely marked the end of the traditional whaling industry and the transition to modern whaling in Japan. Alternatively, it can also be viewed as Japan’s entry into the western whaling cultural sphere.

The establishment and expansion of demand for whale meat that had occurred during the traditional whaling period helped smooth Japan’s shift to modern whaling. For instance, Sonogi (currently the town of Higashi Sonogi in Nagasaki Prefecture), located at the rear of Omura Bay, has long served as a base for distributing whale meat to southern Saga. Whale meat was once delivered by cargo boats that connected it with traditional whaling grounds. Delivery has continued under modern whaling, although it has now been switched to transport by train. 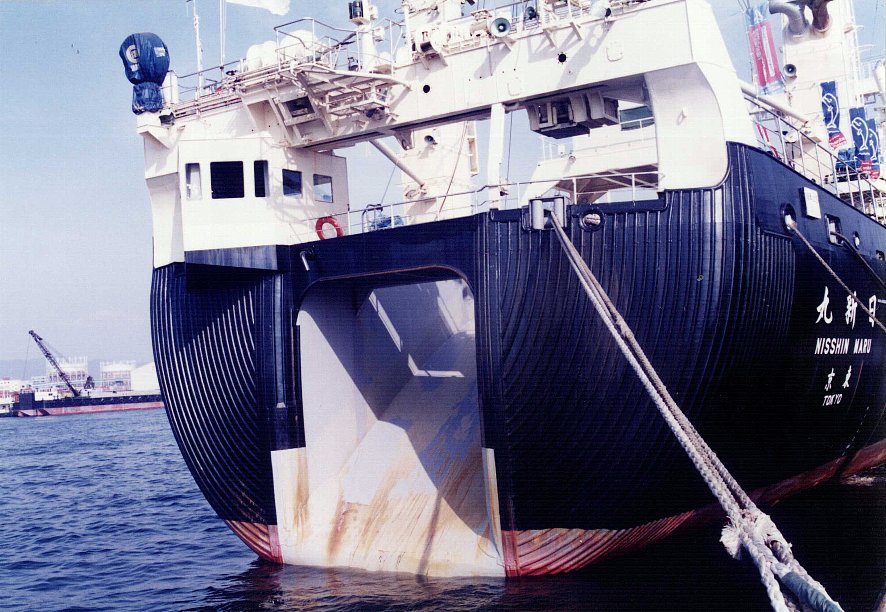 The main whaling grounds for modern whaling were in northern Japan and Hokkaido, but the number of whales gradually decreased due to overhunting.

For this reason, from 1934, Japanese whaling companies purchased factory whaling ships from Europe equipped with facilities for cutting up and processing whales onboard, and began whaling in the Antarctic Ocean and the North Sea.

To alleviate a domestic food shortage after World War II, Japan received permission from the occupation authorities to reestablish its whaling industry, and quickly did so, sending ships to the Antarctic Ocean. 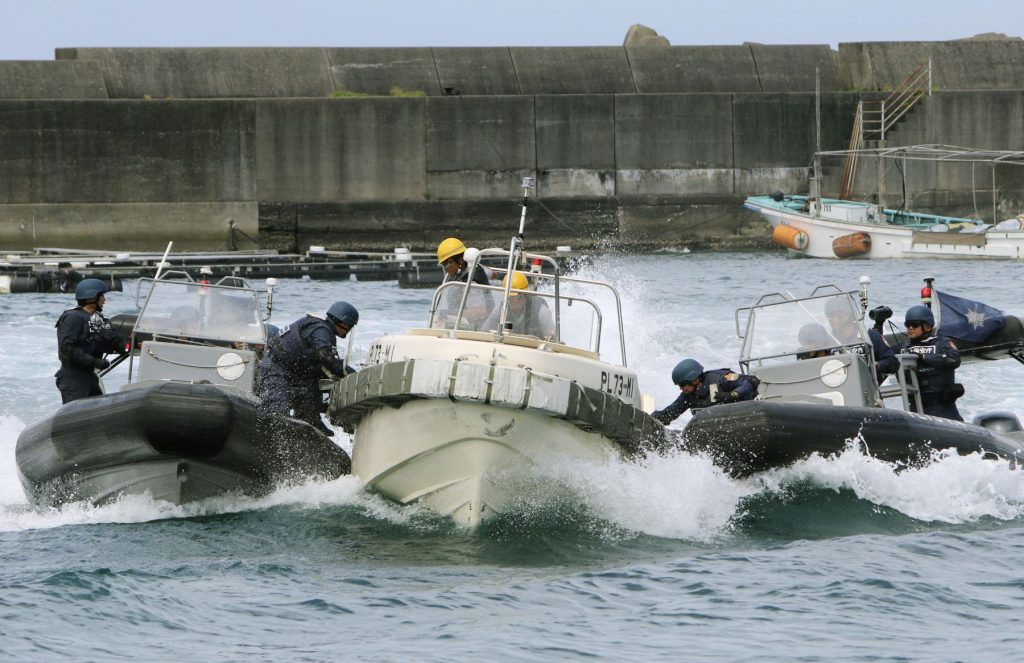 Changing Role of the IWC

However, whaling fleets from various countries, including Japan, competed to catch large numbers of whales, leading to a rapid reduction in whale stocks. This led to increasingly strict quotas or outright bans established each year for specific whale species by the International Whaling Commission (IWC).

Ultimately, the problem culminated in a moratorium on all commercial whaling passed in 1982, which Japan adopted in 1988.

After the moratorium was passed, Japan continued to conduct research whaling in the Antarctic Ocean, while appealing to the IWC to allow managed commercial whaling based on scientifically calculated whale resources and whaling limits. But resistance from anti-whaling countries kept such proposals from gaining approval.

The complete lack of criticism against modern whaling, which originated in the west and prioritized profits over all else, coupled with this position against the continuation of the tradition of Japanese whaling ー and the continuous extension of the moratorium ー is quite illogical. As a result, at the end of 2018 Japan announced it would exit the IWC.

The future prospects for Japanese whaling depend on strictly enforcing whaling quotas that are calculated based on scientific evidence, while also reversing the fading domestic fondness for whale meat.