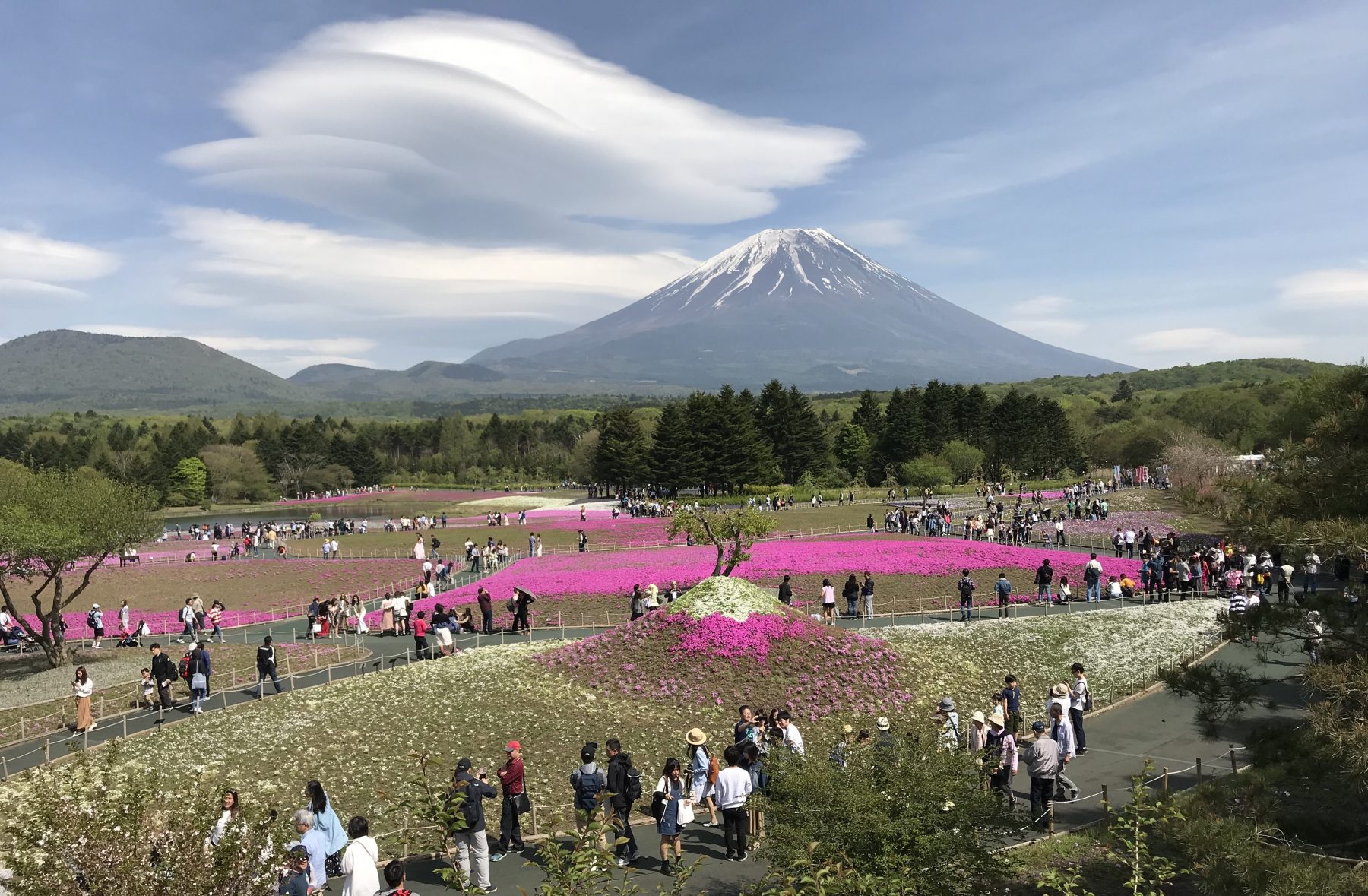 Shizuoka and Yamanashi prefectures, which Mount Fuji lies astride, have plans to convert the “Mount Fuji Conservation Cooperation Fees” currently levied on a voluntary pay basis, into a uniformly collected tax on climbers in the not-so-distant future, The Sankei Shimbun has learned.

The authorities of the two prefectures are also considering asking Mount Fuji climbers to meet such new requirements as reserving climb dates in advance and listening to a lecture up-front on mountaineering safety. Moreover, climbers could also become subject to inspection to verify whether their climbing gear is adequate for the conditions.

Although Japan’s loftiest peak was closed to climbers last summerー for the first time everー with the aim of preventing the spread of COVID-19 infections, the two prefectures are poised to declare its reopening to climbers as usual in this coming summer. Doing so will undoubtedly raise concerns over the breach of climbing manners and reckless climbing, which the envisioned “mountaineering tax” is designed to improve.

“As you can see, we have many hurdles remaining in the system before we finalize a plan, but we’ve agreed to push ahead in this direction.”

This was the remark of the chairperson of a working group of the Fujisan [Mount Fuji] World Cultural Heritage Council in a March 15 online meeting of the Shizuoka and Yamanashi prefectural governments and other participating organizations that approved the outline of a plan to introduce a Mount Fuji climbing tax.

Under the plan, climbers proceeding from the fifth station, halfway up Mount Fuji, would be charged a “special tax for specific purposes,” with certain conditions attached. Revenue from the tax will be used for such purposes as environmental conservation of the mountain, safety measures for climbers, and dissemination of information regarding the “universal value” of Mount Fuji, a UNESCO World Heritage cultural property.

The system for setting the tax rate and date it would be put into force have yet to be decided.

A fee of ￥1,000 (about $9 USD) has been collected from Mount Fuji climbers since 2014, but payment is voluntary. In 2019, for example, Shizuoka Prefecture collected ￥57.5 million JPY (about $525 million USD) from climbers, but only about 67% of the climbers cooperated with the payment. Discussion of the planned tax took place against a growing sense of inequity under the current system between those willing to pay and those who don’t, according to officials.

The tax, if put into effect, would apply to all climbers going beyond the fifth station, halfway up the mountain. Enforcement then becomes an issue. The two prefectural governments are scheduled to discuss ways of ensuring all climbers pay, in addition to the appropriate responses for those who don’t cooperate.

On top of the climbing tax, the two prefectures concurred on the need to ensure climbers cooperate with certain conditions. Mandatory measures under consideration for climbers heading beyond the fifth station toward the summit of Mount Fuji include the following:

Shizuoka and Yamanashi authorities envision collecting the climbing tax and confirming compliance with additional requirements simultaneously at such places as trailheads.

Aside from improvement of mountaineering manners, the authorities aim to restrain “bullet climbing,” or attempts to scale the mountain without sufficient preparations.

An official from the Shizuoka Prefecture division of the Fujisan World Cultural Heritage Council who attended the March 15 meeting explained: “Some participants pointed out there were people trying to climb the mountain in sandals. And there was a strong body of opinion that there should be some safety requirements and provisions for environmental conservation.”

The envisaged tax is likely to be set at ￥1,000 JPY (about $9 USD) per climber, matching the current voluntary climbing fee. But there is a possibility that the tax rate could increase to pay the administrative costs for collection and confirmation of climbers’ compliance with other conditions.

In addition, there are divergent views as to who should be covered. While everyone agrees that the tax should apply to climbers who go beyond the fifth station, officials from Fuji-Yoshida City in Yamanashi Prefecture, location of the trail entrance with the largest number of visitors, insist that people visiting places below the fifth station also benefit from the safety measures and environmental conservation efforts.

Their view is that the planned tax should be imposed on all visitors to Mount Fuji, not just those going beyond the fifth station. In the March 15 meeting, however, a majority favored the “two-stage approach” of initially collecting the tax only from climbers going above the fifth station of the holy peak.

Once details of the tax scheme are set, the municipalities concerned will enact ordinances based on local consent, then move forward to obtain approval from the Ministry of Internal Affairs and Communications. Given that some municipalities in the locality are skeptical about the wisdom of introducing the tax, it could be difficult to implement from 2022 as planned.

A Monologue by this reporter: Although I’ve lived in Shizuoka Prefecture for about 15 years, to tell the truth I have yet to scale Mount Fuji. However, I became greatly concerned after hearing my friend say, “The experience of climbing the mountain was much harder than we had imagined.”

Meanwhile, routes of the climb are reportedly thronged with crowds of people, just like a busy downtown street, with some throwing litter. While feeling it might be a bit petty to levy a tax on mountain climbers, I also think it may be unavoidable for conservation of the beautiful sacred mountain. I should probably resolve to climb Mount Fuji this coming summer by fitting out proper climbing gear and bearing in mind good mountaineering manners.

ABOUT THE MOUNTAINEERING TAX: “Special Tax for Specific Purposes” is a tax that local governments are entitled to levy on their own to achieve specific policy purposes under the Local Taxes Law. The law was created as part of the government decentralization program in 2000. Adoption of the tax is dependent on enactment of an ordinance by the concerned municipalities, followed by approval by the Minister of Internal Affairs and Communications. Within the areas of Shizuoka and Yamanashi prefectures, the town of Fuji-Kawaguchiko, which has Lake Kawaguchi on the Yamanashi Prefecture side of Mount Fuji, has employed a “tax on hobby fishing,” the first of its kind across the country. However, there has been no prefecture-wide tax for the two prefectures. Some other prefectures have adopted the special taxes, mainly in such forms as hotel accommodation taxes and taxes on industrial waste.