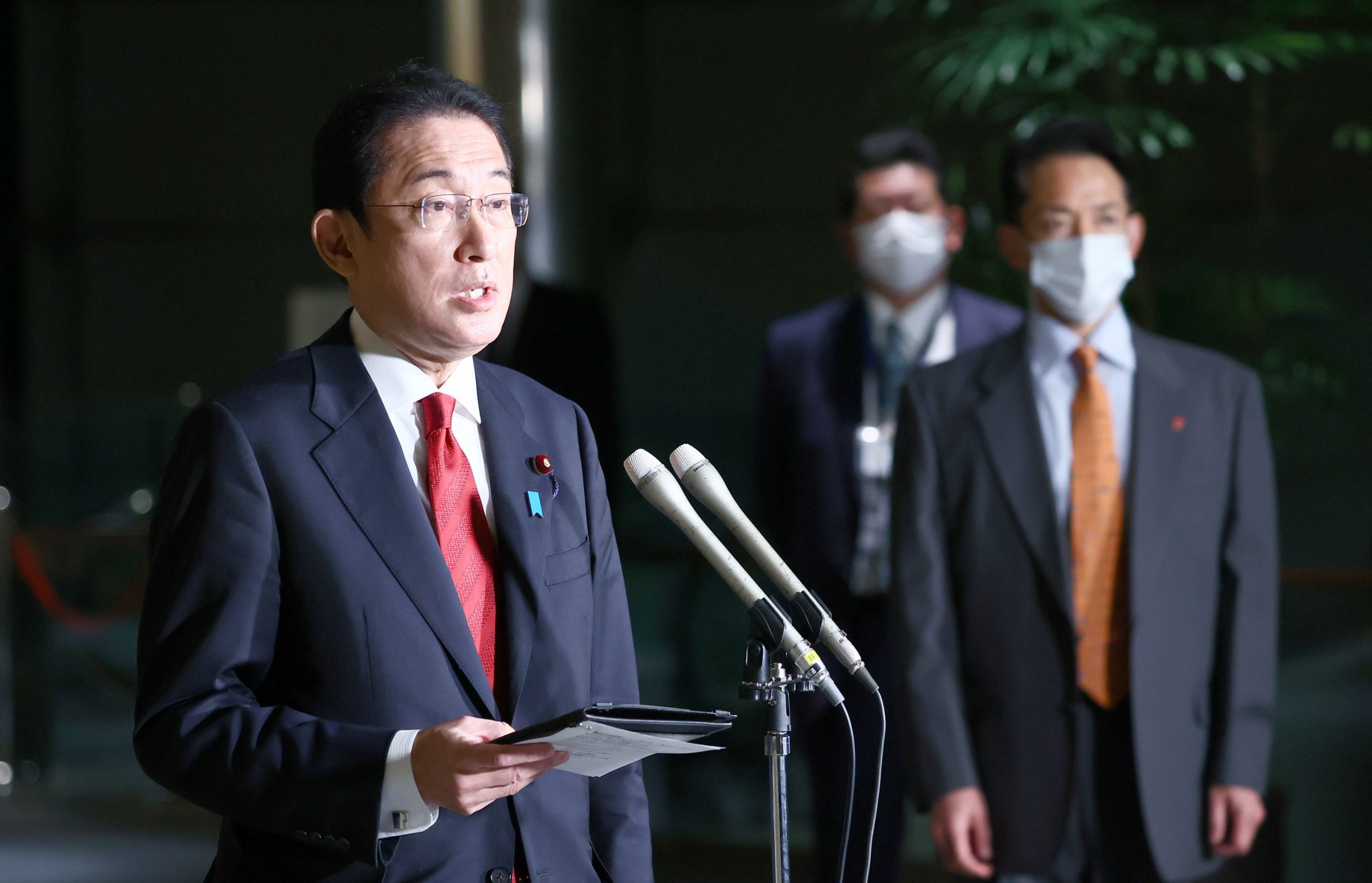 Like many countries around the world, Japan is now seeing the impact of the Omicron variant in the rise of new daily infections.

At the same time, there is room for cautious optimism. Prime Minister Fumio Kishida said to journalists on Tuesday, January 11: “By following the recommendation of experts, we plan to take measures so that citizens don’t need to be too afraid of this new variant. And with the collaboration of everyone, we can overcome this situation.”

What does this mean for policy in Japan, and for those wanting to travel to Japan? We unpack some questions readers might have below.

What is the situation with COVID-19 infections in Japan?

With a slight time lag compared to the United States and Europe, Japan is also seeing an increase in infections due to Omicron. The new variant has been detected in the majority of the 47 prefectures of Japan.

The major metropolises of Tokyo and Osaka are both seeing an explosive rise in cases, as are other prefectures in Japan.

However, the data on hospitalizations and deaths indicates that the severity of illness accompanying the Omicron variant is still low. For example, on January 12, Japan recorded 13,052 new cases nationwide, but only 5 deaths.

What about the rise of cases in Hiroshima, Yamaguchi, and Okinawa?

The rise in new daily infections in these three prefectures appears to be closely associated with the proximity of US military bases.

From September 2021, US military personnel were not required to have a negative PCR test before boarding a commercial flight and returning to Japan. (Foreign residents and Japanese citizens have been required to have these tests since 2020.)

It appears that some servicemen and family members associated with the US bases may have returned to the United States starting around Thanksgiving (late November 2021), and returned to Japan after the holidays ended.

In fact, the largest cluster of over 500 people was found in Iwakuni in mid-December, near the US Marine Corps Air Station, in Yamaguchi Prefecture.

What is being done to address the rise in infections in the military bases?

Japan’s foreign and defense ministers have negotiated with their US counterparts, Secretary of State Antony Blinken and Lloyd Austin, for the imposition of stricter measures at US military bases to control the spread of infections.

Since mid-December, US military personnel must have a negative PCR test taken within 72 hours of departure for Japan, and again within 24 hours after landing in Japan. (Others, including Japanese citizens, also need to take a test before boarding a flight to Japan and again upon arrival.)

Masks are now mandatory, even when outside the bases. (This has always been a de facto rule among the general population in mainland Japan).

In addition, for two weeks from January 10 to 24, members of the US military services have been asked to limit their movement to within their assigned military base.

At the request of prefectural officials, the national government put in place quasi-emergency measures to address the rise of infections in Okinawa, Hiroshima, and Yamaguchi.

The declaration gives added discretionary powers to the governors, such as requesting restaurants and drinking establishments to close early and refraining from serving alcohol.

Chief Cabinet Secretary Hirokazu Matsuno told journalists on January 11 the number of cases in Tokyo and Osaka were too low to qualify for quasi-emergency measures. This might change quickly, however. On January 12, Osaka recorded over 1,700 new daily infections.

Measures to encourage remote work and online study are also expected to be announced in the next few days.

Will new visas be issued to those waiting to come to Japan for work or education?

On January 10, Mr Kishida told the press that the current strict travel restrictions are set to continue until the end of February.

Since November 30, 2021, Japan has implemented strict border controls and completely halted the issuance of new visas. Only Japanese citizens and foreign residents are allowed entry.

How long is this travel ban set to continue?

There are a couple of factors affecting this decision. One is the progress of the booster vaccine rollout.

Another is the state of the medical system and of medical treatment for COVID-19 patients.

What has been the reaction to the continued travel ban?

A large number of people in Japan appear to favor the government’s strict immigration measures as well.

In a telephone poll of approximately 1,000 people conducted by FNN at the beginning of December, over 84% of respondents expressed a favorable view of the halt in issuing new visas.

Kishida has enjoyed high poll ratings, at least in part attributable to his COVID-19 measures, so it’s unlikely that the border measures will change just yet.

However, there has also been criticism of the continuing border closures.

The Sankei Shimbun in a January 12 editorial made the point that this looked like a “measure to buy time given the slow [rollout of] COVID measures domestically.”

The newspaper’s editorial board questioned how Japan could restart the economy by imposing a Sakoku Joutai — meaning, national isolation. This term refers to the period between the 1600s and the 1800s when Japan shut its borders to the world.

Business leaders have also expressed their frustration with the situation.

Rakuten CEO Hiroshi Mikitani posted comments on Twitter following Mr. Kishida’s announcement on January 10: “At this point, is there any purpose in not issuing new visas? This decision is too illogical. Do you want to isolate Japan?”

How is the booster rollout going?

The administration of third, or booster, vaccines in Japan has only just started. As of January 11, just over 800,000 people have received their third dose of the vaccine. That is less than 1% of the population.

Currently, only those who got their second dose since at least eight months ago are eligible to be vaccinated. Medical staff are eligible after six months from the completion of their own initial vaccination cycle.

Local governments, in Tokyo organized by ward, are in charge of the vaccinations in a detailed, bureaucratic system. Using Suginami Ward in Tokyo as an example, a person under the age of 64 is currently set to be eligible to sign up for the third dose of the vaccine sometime in June, not earlier.

Are any measures being taken to speed up the vaccine rollout?

The Prime Minister has said multiple times that he has asked local authorities to speed up the vaccination effort.

In an effort to speed up the rollout, Minister of Defense Nobuo Kishi announced on January 10 that preparations were in place to re-open the mass vaccination centers in Tokyo and Osaka.

The mass vaccination centers were in operation from May to the end of November 2021, completing the vaccinations of almost 2 million people.

There has also been some discussion on whether the vaccine doses in storage are enough for the booster jab.

In a press conference on January 11, Minister in Charge of the Vaccine Rollout Noriko Horiuchi said that there was “leeway” in vaccine doses in storage (mostly Pfizer and Moderna), considering the number of people who were eligible for the vaccination.

Mr. Kishida said on January 11 that, from “March onward,” an additional batch of Moderna vaccines would be available to bring forward the vaccination schedule for the rest of the general population.