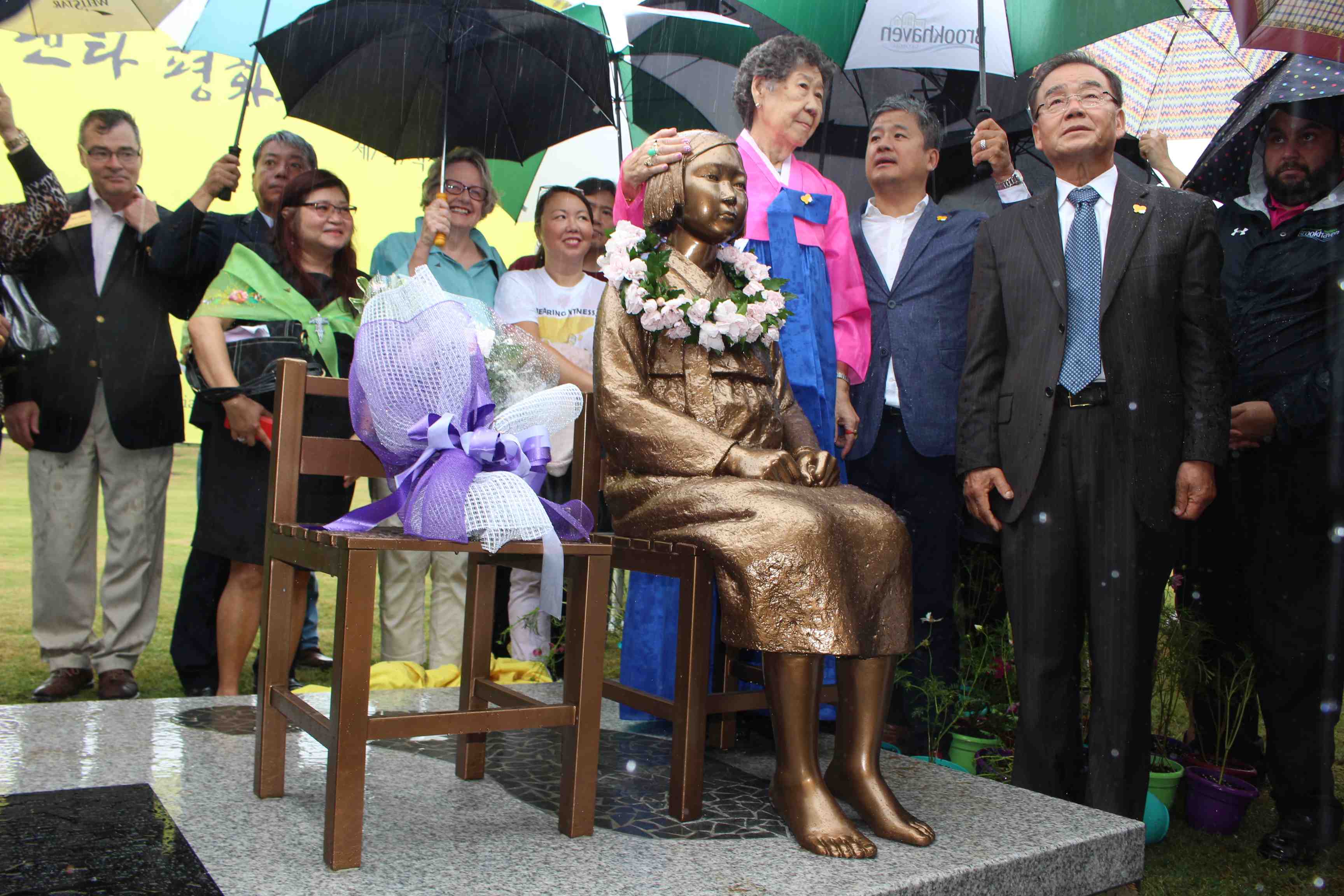 Most readers will know by now that Harvard Law School professor J. Mark Ramseyer’s 2020 paper “Contracting for Sex in the Pacific War,” on the subject of the comfort women, was subjected to a torrent of criticism by the South Korean media and by South Korean and Korean American academics.

Waseda University professor Tetsuo Arima, one of the leading experts specializing in research in official documents, has written several accounts for the Daily Shincho, analyzing the attacks on Professor Ramseyer and his comfort women paper.

For this, Professor Arima, too, has been subjected to criticism from overseas. Some critics question his use of source documents.

In this feature essay, Professor Arima responds to one of his critics.

Criticism from a North Carolina Professor

On several different occasions, I have written essays on the debates surrounding Harvard Law School professor J. Mark Ramseyer’s 2020 paper on the comfort women, “Contracting for Sex in the Pacific War.” In my impression, much of the criticisms directed at the Ramseyer paper have been — to put it mildly — illogical, or else done out of what appear to be ulterior political motives.

I have also, time and again, raised doubts about the Japanese language ability of some of Ramseyer’s critics.

Professor Ramseyer’s paper has a wealth of endnotes, many of which refer to sources written in Japanese, such as official Japanese documents from the time period taken up in his paper. I have raised doubts about the Japanese language ability of some of Ramseyer’s critics because, in my estimation, those who have not read and comprehended the source documents which Ramseyer cites cannot simply state that “there is no basis” for what Ramseyer argues.

Response by the Professor

North Carolina State University professor of history David Ambaras has responded to my having raised doubts about the Japanese ability of some of Ramseyer’s critics.

He appears not to be one of the critics illiterate in Japanese. In response to my essay “Apparently the Harvard University Professors Criticizing Professor Ramseyer’s ‘Comfort Women Paper’ Cannot Read the Sources (Part Two),” published in the Daily Shincho on April 6, Professor Ambaras posted the following rebuttal in two separate tweets;

In his latest defense of Ramseyer, Arima cites 1938 Home Min. directive & writes, “Of course, even under these conditions it’s conceivable that evil Korean brokers … deceived women.” BUT that directive was to officials inside Japan; no such directive in the colonies. So, either Arima is deliberately trying to confuse readers, or he doesn’t know how to read these documents. But he’s a professor of public archival research! And he claims that we can’t read Japanese documents!）

The Aim is to Discredit the Ramseyer Paper

As strange as it is for the one being criticized to help along the one doing the criticizing, I offer below a simple summary of Professor Ambaras’ assertions:

This is the basic outline of Professor Ambaras’ criticism of me. But it goes without saying that his real aim is to discredit the Ramseyer paper.

In point of fact, I was not advancing my own arguments. I was explaining the thrust of the Ramseyer paper.

But the question boils down to this: Is Professor Ambaras’ assertion correct, or not?

Recall that Professor Ambaras says that the Home Ministry document which I quoted was intended for, and addressed to, only the various ministries, offices, prefectures, and high government officials inside Japan, and was not intended to be distributed to or read in Korea.

This is a very important point. It is also a point which researchers in Japan and the United States who still adhere to the “comfort women were forcibly abducted” thesis use as a foundation for holding to that thesis.

What the Documents Say

For those who assert that there was “forced abduction,” it would be an inconvenient fact if the Japanese government (the Home Ministry) was cracking down on bad-faith Korean brokers.

This is where those who wish to maintain the “forced abduction” thesis bring in the assertion that Koreans and Taiwanese must surely have been treated differently than Japanese.

Let us examine this assertion and see whether it holds true.

First, while it is true that the Home Ministry’s jurisdiction was largely the Japanese home islands, it also possessed a foreign affairs section and remained in very close contact with overseas territories.

In light of the nature of the directive’s message (that is, pertaining to the issuing of personal identity papers for traveling abroad to China), it strains credulity, I feel, to assert that the directive did not reach the colonies.

Let us leave this to the side for now, however. Logically, the following two interpretations are possible regarding the document in question:

If a directive containing the same message and addressed to the authorities in the Korean Peninsula could be found, then Interpretation 1 is correct.

If a directive containing the same message or same kind of message could be proven not to have been sent to the Korean Peninsula, then Interpretation 2 is correct.

Alternatively, if a document existed ordering, in effect, that the Korean Peninsula be excluded from the jurisdiction of the Home Ministry’s similar directives, then Interpretation 2 would also be correct.


More Than One Source

I asked Professor Ambaras for evidence, or for grounds for asserting, that, as outlined in Interpretation 2 above, directives such as the document in question were not sent to the Korean Peninsula or elsewhere outside the Japanese home islands. I received no reply.

Professor Ambaras asserts that the Home Ministry directive was not transmitted to the Korean Peninsula. But he offers no evidence, no grounds for that assertion.

I will now introduce some related documents to show that Interpretation 1 is reasonable.

It is true that, on the basis solely of the Home Ministry document mentioned at the beginning of this essay, it is possible to advance the interpretation that one simply cannot definitively say whether the directive ordering stringent investigation of prostitutes traveling overseas was carried out in the Japanese home islands only, or also in Japan’s colonies. However, the Home Ministry directive is not the only document available. There are others.

For example, the following document is germane to the Home Ministry directive in question: “On How to Handle Travel to China by Undesirables” (Horinouchi Kensuke, Vice-Minister of Foreign Affairs, dated August 31, 1937, addressed to Governors of Hokkaido and all Prefectures, and Governor of Kwantung Leased Territory)

This document states that, while in principle Japanese (including Koreans and Taiwanese) were prohibited from traveling to China, those who had been given identification papers were permitted to go.

What the Supporting Document Says

Specifically, the document states, in part:

“1.Japanese (including those registered as Koreans and Taiwanese) traveling to China from the Japanese home islands or the colonies must obtain identification papers (see Form One) from the chief of police at the police station with jurisdiction over their current place of residence.(snip)

“2. When a police chief is in receipt of the below application for identification papers (Item One), he shall investigate the status, occupation, purpose for travel, necessity of travel, period of intended stay, and other such matters, and shall handle the application as instructed below.

i. Those whose manner, personal history, or habitual speech and actions are found to be undesirable, and who may engage in improper activities while abroad, shall not be issued identification papers. (snip)

“3. The chief of police at the police station with jurisdiction over the port of departure shall not permit to board any vessel those not in possession of identification papers as set forth in Item One, or of a passport issued by the Japanese Imperial Government.”

Takeaway from These Excerpts

The most important of these excerpts is the first one, at the beginning of the series of quotations.

As indicated in the first point, the document states:

Japanese (including those registered as Koreans and Taiwanese) traveling to China from the Japanese home islands or the colonies must obtain identification papers from the chief of police at the police station with jurisdiction over their current place of residence.

In other words, Japanese, Koreans, and Taiwanese alike, whether in the Japanese home islands or in the colonies, had to fill out an application to travel abroad. When such an application was submitted, the applicant’s background, reason for traveling, and so forth were investigated.

Only after this investigation was complete were identification papers issued. The orders and instructions for doing this are given in the document I have cited.

If one asserts that there was no such directive, and that identification papers were not issued only in the case of Koreans, then what follows is that either there was complete freedom of travel between the Korean Peninsula and China, or, conversely, no one at all was permitted to travel from the Korean Peninsula to China. Neither of these is realistic to assert.

If identity papers were issued, then, as is made clear by the directive, the chief of police at the police station having jurisdiction over an applicant’s current address would have carried out an investigation into the applicant’s “status, occupation, purpose for travel, necessity of travel, period of intended stay, and other such matters.”

Further, chiefs of police would also have carried out stringent background checks into whether an applicant’s “manner, personal history, or habitual speech and actions [were] found to be undesirable,” and whether there was a risk that that applicant might “engage in improper activities while abroad.”

It goes without saying that unethical brokers would also have been subjected to these same background checks. Brokers’ “identity, occupation, purpose for travel, necessity of travel, period of intended stay, and other such matters” would have been investigated.

If a broker were traveling with licensed or unlicensed prostitutes, or with comfort women, then those women’s contracts would surely also have been demanded of them. This would have been the only way to determine their occupation, purpose for travel, necessity for travel, and period of intended stay.

What we find, then, is that a directive very similar to the Home Ministry document in question was issued for the Korean Peninsula, Taiwan, and Manchuria (the Kwantung Leased Territory), and that this document very strongly suggests that the same kinds of stringent background checks which were demanded in the Home Ministry document were also required by the directive just discussed.

Had we been relying solely on the Home Ministry document, then there might have been room to doubt as Professor Ambaras does. However, from the related “On How to Handle Travel to China by Undesirables” introduced supra, we learn that the same directives were issued for the Korean Peninsula.

Continues in Part 2: What Happened to Comfort Women Recruitments: Facts, Not Conjectures

(This article was first published in Japanese on April 24, 2021, by Daily Shincho. It is republished here in English with permission of the author and publisher.)