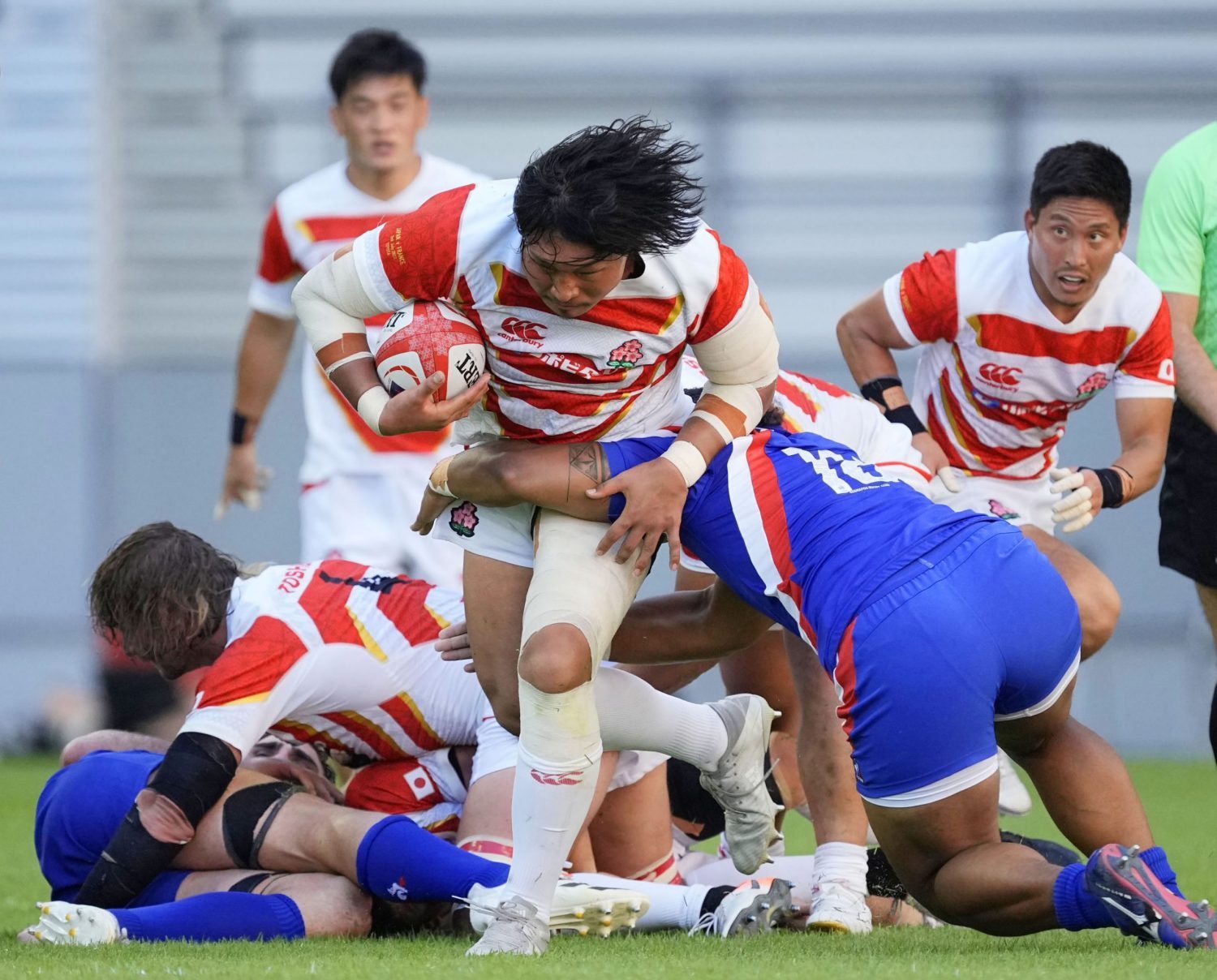 Japan's Keita Inagaki carries the ball in the second half against France at Toyota Stadium in Toyota, Aichi Prefecture, on July 2. (KYODO)

Coming off two comfortable wins over Uruguay, Japan was given a reality check on Saturday, July 2 in a 42-23 loss to Six Nations champion France.

Japan coach Jamie Joseph made six changes from the team which beat Uruguay 43-7 on June 25.

The changes looked to pay off as the Brave Blossoms, aiming for their first-ever win over France, finished the first half in sweltering conditions at Toyota Stadium in Aichi Prefecture tied 13-13.

But world No. 2 France, which will host the 2023 Rugby World Cup, came out with a vengeance after the break and showed why it will be one of the favorites to lift the trophy next year on home soil.

France Pulls Away After the Break

Matthis Lebel scored France’s second try five minutes into the second half and Melvyn Jaminet converted to give his team a 20-13 lead.

Damian Penaud ran in his second try of the game and Jaminet scored the extras in the 59th as France took a commanding 30-16 lead.

Another try by Yoram Moefana just three minutes later made it 35-16. Pierre Bourgarit’s converted try in the 68th widened the advantage to 42-16.

The two teams will play again on July 9 at Tokyo’s National Stadium.

“We played well in the first half but were overwhelmed after the break,” Japan’s Keita Inagaki said. “We’ve got to reduce our penalties in the next game to get a better result.”

"It's honestly frustrating," Japanese captain Sakate told Kyodo News. "We made a lot of mistakes, but we also managed to play the style of rugby we intended.

"I want to keep preparing in the week ahead with the aim of winning [the second test]."

It didn’t take France long to get on the scoreboard. Penaud crossed just three minutes in and Jaminet converted to give the visitors an early 7-0 lead.

Tevita Tatafu ran over the goal line for Japan’s first try in the 14th and Lee kicked the extras to give the hosts a 10-7 lead.

France’s team faced tough COVID-19 protocols in entering Japan. The squad had to undergo three days of quarantine and tests after arriving.

Prior to that, France had beaten Japan in all of their previous nine encounters, dating back to their first match in 1973, in Bordeaux.

Japan was coming off of two dominant victories over Uruguay last month, winning 34-15 and 43-7, respectively.