Ready To Roar: Japan Women’s Curling Team Looking to Take It Up a Notch in Beijing 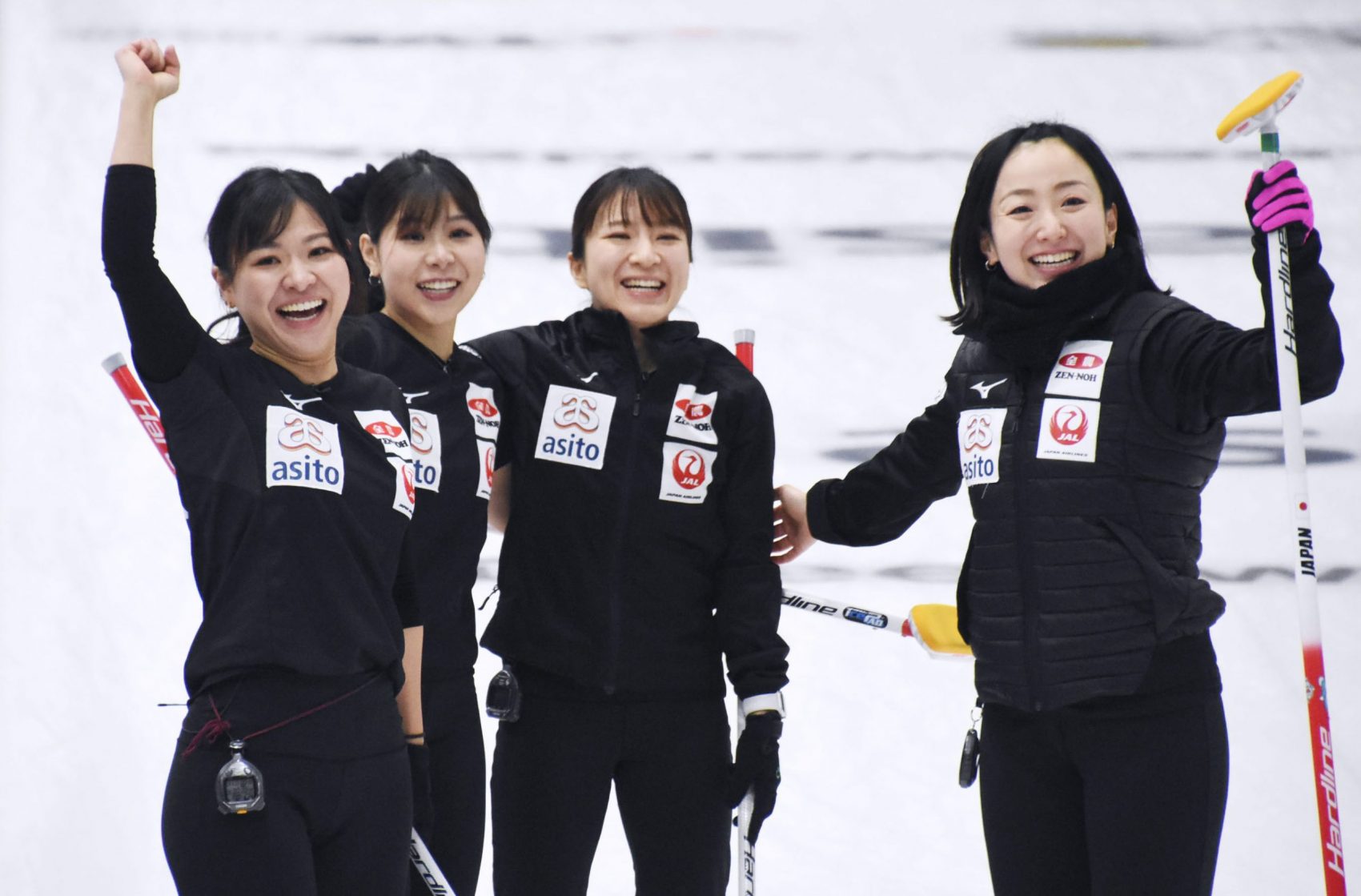 The Japan women's curling team celebrates after qualifying for the Beijing Olympics on December 17, 2021, in the Netherlands.

Japan’s national women’s curling team will be aiming to make some noise when the “the roaring game” gets underway at the Beijing Olympics.

Few Japanese teams have become so popular in such a short period of time in a sport that previously had only a minor following in Japan.

The popularity is fueled by skip Satsuki Fujisawa, who joined the team in 2015, and her teammates, a close-knit collection of athletes who have captured the imagination of Japanese sports fans.

With their opening match just around the corner, Fujisawa spoke of the challenges the team faced in preparing for the Games amid the coronavirus pandemic.

“It’s very possible things beyond our expectations could occur,” Fujisawa said in an online interview. “But it’s important that we overcome them as a team and put in a solid team performance.”

The team shot to fame with an incredible run at the 2018 Winter Olympics in Pyeongchang that was capped with a 5-3 win over powerhouse Great Britain for Japan’s first medal in the sport.

It was a confidence-boosting performance that put curling on the map in Japan and will generate buzz around this year’s competition in Beijing.

Japan secured a spot in the Beijing Games in December with an 8-5 win over rival South Korea in the Netherlands.

There will be no time to relax in Beijing as Japan faces defending champion and world No. 1 Sweden in its opening match on Thursday, February 10.

Curling got a huge boost in Japan when it made its Olympic debut as an official event at the 1998 Nagano Olympics with the competition being held in the resort town of Karuizawa.

Japan took part as the host nation that year with both the men’s and women’s teams finishing fifth in the eight-team competitions.

Canada won the gold in the women’s event that year, but hosting the sport for the first time as an official event set in motion a curling boom that would see Japan’s women rise up the ranks to legitimate contenders.

Sometimes referred to as “chess on ice,” curling is also known as “the roaring game” because of the sound the stones make traveling over the pebble (droplets of water applied to the playing surface).

The game traces its origins to Scotland and is hugely popular in Canada, Great Britain and Sweden.

As with many winter sports in Japan, the northern island of Hokkaido produces most of the country’s athletes.

Fujisawa is from Hokkaido as are the other three members ー Yumi Suzuki and sisters Chinami and Yurika Yoshida.

A Look Ahead to the Beijing Tournament

The curling competition at the Beijing Games will take place at the National Aquatics Center, also known as the Ice Cube, beginning with the mixed doubles on Wednesday, February 2, two days before the opening ceremony.

The Japanese women’s team is currently ranked seventh in the world.

In the preliminary round, 10 teams play a round-robin tournament, and the four best teams advance to the semifinals and the medal matches.

Japan’s intense rivalry with South Korea has also fueled some of the popularity in the sport.

Fujisawa and her team represented Japan at the 2015 Pacific-Asia Curling Championships, where she led Japan to its first gold medal since 2005 by winning the final match against South Korea’s Ji Sun Kim.

A Thriller in Pyeongchang

South Korea’s women, also known as “The Garlic Girls,” edged Japan 8-7 in a thrilling semifinal in Pyeongchang before Japan went on to defeat Eve Muirhead’s team for the bronze.

The bronze medal game was a cliffhanger.

With the match going down to the final end, Britain had the number one stone and needed only to replace Japan’s number two stone with their own last stone to secure the bronze.

After the hammer was thrown, Britain’s red stone hit the yellow stone of Japan in an attempt to send it out of the second spot.

But the red stone moved Japan’s into the button at the center of the house and Japan had its first medal in Olympic curling.

“At Pyeongchang, we left with some frustration after watching the final from the stands,” Yoshida told reporters after the Olympic qualifiers. “I want to have an Olympics that won’t leave me with any regrets.”